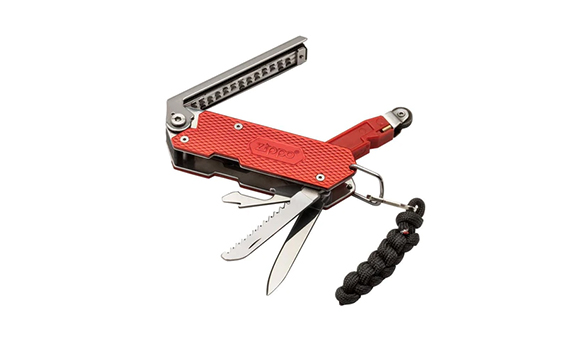 Every year I write a letter to Zippo asking them if they have an affiliate program, they always reply that they don’t. I’m hoping that one year they will take a chance and affiliate with some websites to try it out. I think Briar Report would be a good fit for them. I doubt I’d sell a lot of lighters, but maybe a few. It would be great if someday we could get together.

I’ve had really bad luck with affiliate programs. Once in awhile people click on the links I had and they rarely bought anything. Maybe the companies I affiliated with weren’t a good fit, but if there was ever a company, Zippo might be it.

Personally my Zippo collection isn’t that big, but I like it. Maybe about 9 lighters and all but two converted to pipe lighters. There are a few I never use because I want them to be perfect, but other than that, I love using them. The trick is to only have one in use at a time. It’s a waste to fill more than one at a time, for as much as I use them. But when they need to be refilled, it’s a good time to get another in the rotation.

The little rubber insert seals you can get for the lighters actually work pretty good. They cost about a buck apiece and they do a good job slowing down the evaporation. No, I don’t get anything if you buy them. Amazon hates tobacco content as much as google does. Deals with them have also been a non-starter.

The reason I was thinking about Zippo was because I saw their version of the Swiss Army knife. Well, sort of. It called the Fire Starting Multi-Tool. They are into “survival” stuff as well as lighters. They have a whole outdoors collection. As someone who collects Swiss Army knives it caught my eye. I don’t know how many different Swiss Army knives I have but it’s dozens. Then it hit me like a ton of bricks, Zippo is really missing the opportunity, or maybe Case is, it’s the same company. You would think a company that makes great knives like Case and Zippo who makes lighters that everyone owns could come up with something terrific for pipe smokers. Not the stupid stoners they seem to bend over backwards for, but real, traditional pipe smokers.

They could develop a pipe tool that is out of this world and have a matching lighter, all designed for pipe smokers.

I’m sure they sell a ton of these outdoor tools, but come on, who is actually going to use that little cheese grater to make kindling then light it with that flint wheel? Two, that’s the answer, two people are going to actually use it other than just checking it out to see if it sparks. I got a better idea, if you need to start a fire, use your Zippo then sit by the fire and smoke your pipe.

While pipe smokers make up such a small percentage of their customer base, I’m sure they could sell a number of properly designed tools. Something with the usual tamper, pick and scoop, but with a nice blade, a useful reamer and a small pry tool to open tobacco tins. I could design something great with only one minute of thought, think about what they could do with people who do it for a living? Make a nice matching Zippo lighter to go with it and they would be good to go. Put the Briar Report logo on it! Well, maybe that’s a bit too much for them, but you know what I mean.

Come on Zippo, start thinking outside the box. Put a cigar cutter on it. I could be to this new knife what MacGyver was to the Super Tinker. Years from now every pipe smoker will own one.

What do you all think? Let me know your thoughts and I’ll put them all together and next time I write to Zippo I’ll present the idea. Then they can shoot me down twice in one letter. More efficient that way.

I’ve got a hold of one of the new Pocket Jars from The Pipery. I’ll talk about it tomorrow when I can give it some more room, which it deserves. Big fan of the original, and really love the newer version. Some subtle changes, but you can see they put a lot of thought into it and it shows. Stop by tomorrow, if you have time.

For the past four weeks we have lost more subscribers than we have gained. It’s a little disheartening. There isn’t a lot of new things to put into them each week. If there is any content you would like me to include, please let me know. If there is anything that you find tedious, I’d love to know that as well. I spend the time making them up for you and want people to enjoy them. Is it too much, should I go for a bi-weekly or a monthly in the summer? All feedback is welcome. editor@briarreport.com is the address to use.

Finally, if you know of any pipe smokers that don’t get the newsletter or read The Blob, consider sharing it. It would mean a lot.