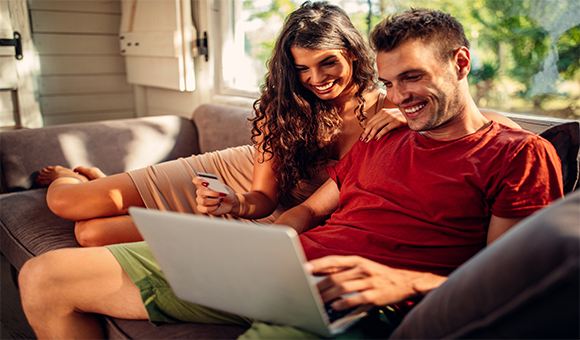 Ash Ketchum, is a legend across many, many cultures. First seen in Nintendo’s Pokémon video game series and Pokémon trading card game, then later in the same titled Anime TV series, we meet Ash, a young kid who lives in an alternate world where cute (and sometimes not so cute) “Pokémon” run around; small little animal-like creatures with special powers like shooting electricity or breathing fire. The owners of these Pokemon are called “Pokemon Trainers,” all working to earn the title of “Pokemon Master” one day. Ash Ketchum, like his name implies, seeks to catch them all. 25 years ago, there were about 100 Pokemon. Today there are some 900.

To catch them all, requires you to battle each one, defeat each one, and finally catch them with a Pokeball, a tiny magical ball that sucks the little guys in. Oh, and you have to find them too. Some are very rare and hard to find. Evidently, this task is lofty. Arguably impossible.

I know very little about Pokémon nor do I desire to learn, but two of my buddies are deep into the trading card game. They know all the stats and scarcities of the countless Pokémon cards. I tried to get into it alongside my peers but it just didn’t stick for me. These two friends of mine buy hundreds of card packs, hoping to find the rarest Pokémon to add to their collections. They’re actually trying to “catch them all.” I however, just went on eBay and bought the original 1999 “Meowth” Pokémon; a little yet iconic cat Pokémon. (Yeah I’m a big cat guy). But after that, acquiring any additional cards seemed futile to me. The task to collect them all was just too daunting for my brain. Plus, I only wanted the Cat Pokémon.

With all that said, I found something super interesting in that short lived adventure. First, I greatly appreciated how dedicated and involved my two pals were with their hobby. I find the act of understanding and enjoying a hobby so fascinating. These two were the definition of that. It reminded me of myself. And literally all of you…

Pipe smoking is both a hobby and a lifestyle. It’s an art, it’s a pastime, and it’s an experience. But the fact that you’re subscribed to the Briar Report alone is testament to your involvement and dedication to the hobby of pipe smoking. You likely routinely immerse yourself in to the sphere, watching the YTPC, following the IGPC, and reading the print (or E-print) publications. Mayhap it’s your deepest desire to acquire the rare tobaccos of old, or maybe many of the thousands of artisan pipes. That yearning makes me and nearly every other pipe smoker smile.

Unlike the fictional Ash Ketchum… you can’t catch ‘em all.

There are thousands and thousands and THOUSANDS of tobacco blends out there. Countless pipes from factories, artisans, and hobbyists. It seems as if each day another pipe carver emerges and a new tobacco blend is experimented with. You just can’t catch ‘em all!

And of course you know this! So, what’s my point? Well friend, I write to any and all who have experienced a little of that “TAD” and/or “PAD.” TAD and PAD, of course, are our hobby’s swift acronyms for “tobacco acquisition disorder” and “pipe acquisition disorder.” A sometimes crippling condition where pipe smokers cannot stop themselves from buying more and more tobacco or pipes. Those who are stricken with both suffer greatly. I’ll add that this disorder has nothing to do with your wallet size nor your budget. If you struggle to stay your hand and wallet from acquiring more pipes and/or tobacco, then you have PAD and/or TAD.

Wives HATE it. Well, at least mine does! But long past are my days of PAD and TAD. For the meantime, that is. Today, as I scroll through Instagram or Briar Report news, I sometimes feel it flare up. When a new pipe from my favorite factory releases, or a new small batch tobacco unearths; deep is my desire to buy, buy, buy. I often feel the urge bubbling deep within. So taunting and tempting it can be.

Nonetheless, when such a yearning arises, I have generally managed to keep my wallet sheathed. I achieve this by reminding myself of Mr. Ash Ketchum.

He is a fictional character.

Ash can catch ‘em all.

For my pipe smoking friends who suffer from PAD/TAD… Sometimes you gotta sit back and breathe. Enjoy your current possessions. Smoke your pipes and enjoy your cellars, then remind yourself:

You can’t catch ‘em all.

Adam “GP” Floyd is the host of Get Piped on YouTube and co-host of the Get Piped Podcast.

You can also find him posting and connecting daily within the IGPC.