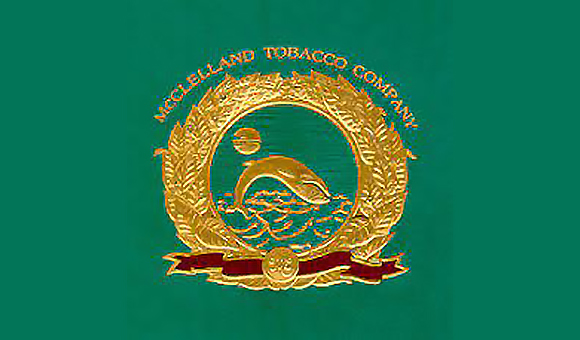 Congratulations to Robert on his maiden show last night. It was so fun, I’m glad I stayed up for it. Wasn’t sure if I’d be able to since I hadn’t slept the night before, I was going on 46 hrs during the show. Running out of gas for sure. My eyes were getting blurry and I kept thinking Robert was going to shove his pipe up his nose. It looked like he was jabbing himself in the face with it. After awhile I mostly listened.

It seems like Robert took Mike’s advice and didn’t try to copy anyone else and just let the show reflect his personality. I knew he would do well.

The star of the show was A. I assume it was that one since he said the youngest daughter. It was either E or A. Anyway, not only did she leave a little stage decoration for dad’s show but she used a McCelelland’s Whale which was either total coincidence or she was trolling on such a high level it went over everyone’s head. I’m pretty sure it was the second.

I was going to suggest the name McCelelland but then I would have to begin typing and get more engaged. Just didn’t have it in me.

Then everyone started telling fishing stories. Who was the real winner last night? Well done, A.

Poor Glum Chum. The bar has been set pretty high. Lucky for Matthew he’s done a bunch already, but now it’s showtime. Friday nights is right in the middle of the spotlight. He’ll be coming on at 6:30 after Donald and before CaneRod.

Don’t forget Martin at Over A Pipe. The Johnny Carson of the YTPC. Is this the year the show takes off? I think it might be.

Cleaned Up The Blogs

The big project last night was getting the Forums, Blogs & Podcast section of our news site cleaned up. Holy Cow, was that a mess. Over half of the links went into the ether. I knew many people were not updating their sites, but I had no idea. This Blob might be the most active pipe smoking website in the world. Great for you, but sucks for me. I like to read other people’s stuff, not writing it.

At least the list is fresh. Should have done it a long time ago. One site that was added was Peterson Pipe Notes. What a great site. I got a note from Mr. Irwin yesterday, editor of the site, he had some nice things to say about our website. He is an accomplished writer and the content of Peterson Pipe Notes really reflects that. It’s worth some of your time to check it out.

Seems like this might be the year of Peterson. Country Squire Podcast was talking about it and Peterson Newgrange Spigot won the Pipe of the Year award. I’m also seeing people talking about these pipes on Twitter more and more. Another reason to check out the before mentioned website.

NW Piper‘s give away video replies are coming out strong. We have a link in our calendar, but I doubt people pick it out.

AromatiX did a really good video the other day comparing Nicaraguan ligeros. I don’t normally link single videos like that on our news site, but I thought that many people would find that video as interesting as I did. Noticed it didn’t really get a lot of views yet, so maybe I’m wrong.

If you have something you want me to mention or put up on the site, let me know.