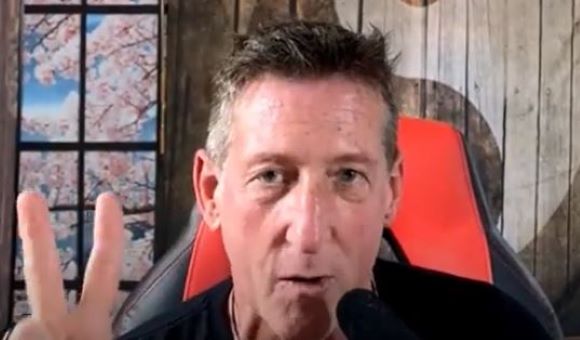 David-Dorian Ross, host of the Virtual Pipe Club, also known as the Star of the East, will be visiting Dali with his bride for their honeymoon. It seems that it has taken DDR quite a number of years to actually plan the honeymoon, so they are just getting around to it now. Godspeed to the couple as they search the Chinese countryside looking for the perfect watermelon. As of now I don’t think there are any plans to visit any wet markets.

I did not watch last weekend’s meeting before the newsletter was sent to the presses, so I did not have the update ready. Thankfully, Mr. Reedbender Bud let me know yesterday, so while I missed the last issue, I’ll be able to pass it along now and revise the next two issues. The Virtual Pipe Club will be officially dark for the next two Saturdays. There might be a small get together on the side, but there will not be anything official on the VPC channel.

Mr. Tom Eltang was the guest this past week. It was a fantastic interview. He had an interesting perspective on the future of pipe smoking. It is actually similar to my own which I’ve written about in the past. He is much more blunt about it, but says when things are bad, people turn to the pipe. He also says the last pipe smoker has not been born yet. I agree with him.

Check out the whole episode. No reason not to now, you have two weeks to catch up. The VPC library has really grown and there is a ton of great material if you want to pick through it. The Chicago Pipe Show episode is a great example.

Yesterday, Beau from Country Squire Radio YouTube channel put out a video letting people know that Mr. Jon David Cole is heading to Houston, TX. It was actually an extension from the last Podcast. There is going to be a meetup this Thursday. Here is the official announcement.

“If you are in and around the Houston area, come join us at Truck Yard this Thursday @ 7:30 PM! Jon David and Beau will be hanging out and (weather pending) enjoying some quality pipe tobacco. Hope to see some of you there! 2118 Lamar St. Houston, TX 77003“
https://truckyardhouston.com/

I had made a comment on his video about his Pirate and Painter link. He mentions that the pipe is common between the two groups. This is absolutely true, but it reminded me of an adage I usually go by. I say the only group of men that can wear an earring without any eye roll from me are Pirates. But then I say, some artists do as well, but that doesn’t surprise me. Beau links these groups, in a more interesting and thoughtful way. Thoughtful – Beau? Yup, I wrote that.

Did he say Country Squire is going to Vegas?!!!!! Wow, that would be big news.