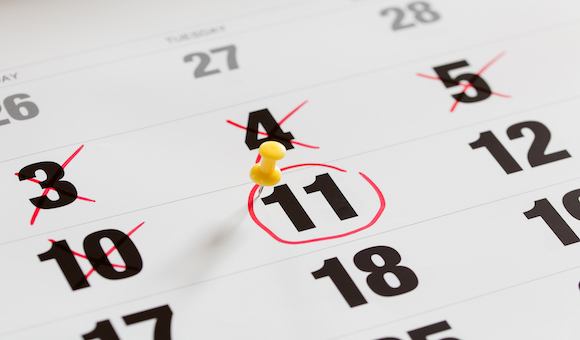 I’ve given up on trying to get out one newsletter, or a Blob post without a typo or mistake. No matter how many times I go through things, I always notice the next day something wrong. I used to go back and fix them, but not anymore. The h-e-double hockey sticks with it. No sense in trying to cover up the fact that I’m limited in that regard.

I’ll still do the best I can to put out the best content I can, but things slip by.

OK, so before I get into the topic for today, I wanted to mention pipe poetry.

Everyone knows I’m a huge fan of Malcolm Guite who is currently the most famous pipe smoking writer, poet, philosopher. Don’t click on his channel unless you want to get lost for an hour with content that pulls you in. Such a wonderful man and teacher.

Anyway, I heard from Mr. Greenman who shared this poem with me which was an entry under Meerschaum in an online dictionary. It was in The Devil’s Dictionary and the poem was written by Martin Bulstrode. Not sure if I should reprint it here or not, there might be copyright issues. I have linked the original source and credited the author so maybe I’ll stick it here. If there’s a blank space it’s because I got in trouble.

There was a youth (you’ve heard before,
This woful tale, may be),
Who bought a meerschaum pipe and swore
That color it would he!

He shut himself from the world away,
Nor any soul he saw.
He smoked by night, he smoked by day,
As hard as he could draw.

His dog died moaning in the wrath
Of winds that blew aloof;
The weeds were in the gravel path,
The owl was on the roof.

“He’s gone afar, he’ll come no more,”
The neighbors sadly say.
And so they batter in the door
To take his goods away.

Dead, pipe in mouth, the youngster lay,
Nut-brown in face and limb.
“That pipe’s a lovely white,” they say,
“But it has colored him!”

The moral there’s small need to sing—
‘Tis plain as day to you:
Don’t play your game on any thing
That is a gamester too.
—Martin Bulstrode

Of course there are other pipers interested in poetry. The Michigan Piper often does poetry. The Show Notes in the latest Get Piped Podcast included a very nice ballad from Adam, and just this morning I see where Matthew from Picking & Piping read another fantastic poem about the pipe and wives.

Hearing from Mr. Greenman was purely coincidental, but timely, and it has tied a lot of content together. Makes me want to gather some of this up and spend the evening reading.

Time To Plan The Summer

Before you make plans to pack up the station wagon and head off to Crystal Beach for a summer outing, I wanted to make sure you kept some of the bigger pipe events this summer in mind. Just so there’s no conflicts.

So before you go any further, get out your planner and pencil in the following events.

Will be May 25th through the 29th. If the West Coast Show doesn’t happen, then this will certainly be the biggest pipe show of the year. It will be at the Marriott International Hotel with a big Welcome Dinner. There are also some other events like a pipe making seminar and the Slow Smoke competition.

Here is a link to their website and we also have it listed on our Events Calendar. Right now I don’t have a lot of information listed under that event other than the dates, but I’ll get it updated as more information becomes available. (nice way of saying when I have time, maybe next week)

Preparations for Pipe Week are already underway. This year it will be the week of June 19th to 25th. It kicks off on Father’s Day which, if you’re a Dad, is one of the best days of the year to get a new pipe.

Unlike International Pipe Smoking Day (IPSD), it lasts all week, so there’s plenty of time to enjoy the many events. Also, unlike IPSD, it’s all about the pipe. Sure you can’t help to talk about tobacco and other things, but the pipe is where’s it’s at.

Hopefully you are already starting to think about content you might like to produce for that week. Maybe a special live show or a review of a certain pipe maker. Possibly showing off a new pipe and what you like about it.

Every year this keeps getting bigger and bigger. One of these years it’s going to totally break out and go worldwide. Pipe Week might be entered into the official register in Congress. The Pope will light up a Churchwarden and people in Europe will take another holiday.

Give it some thought, so you’ll be able to say one day how you were one of the key people who made Pipe Week what it is today. Not actually today, the future you talking about that today. The future today.

Smoke Rings Around The World

Ed, The Armchair Piper announced the date for Smoke Rings Around the World. It will be Thursday, September 15th.

Ed coordinates the event through several YTPC channels, so people who cannot catch one show can still participate. Last year I watched during a Flat Cap Live Show. There were even several videos Armchair Piper put out himself on the run up to the event.

Even though I knew it was coming last year, I really didn’t prepare, which took some of the fun out of it. This year I’ll be ready. For example, I want to have the blend best suited for producing smoke rings all picked out. Not sure what it will be, but right now I’m thinking G.L. Pease Windjammer. Man I love G.L. Pease blends.

There is something about that blend that is very appealing. It has a very citrus/fruity taste to it. It really breaks up my normal blend rotation very well. When you open a tin you get the impression that it’s heavily topped, but it doesn’t smoke like it is.

I wouldn’t put it in one of my first string pipes, but I’ve had no problems with ghosting. A lovely blend that I’m really going to enjoy this summer.

Anyway, one thing you can’t help but to notice is that this is a great smoke ring blend. What I think I’ll do is get a few tins on hand just for Smoke Rings Around the World. Two to train with and one for game day. Popping a new tin right on the day of the event will surely get me psyched up. Get me in the right frame of mind, for sure.

Let me know if there are any blends you feel lend themselves to blowing smoke rings better than most. I’ll be sure to share them with the readers.