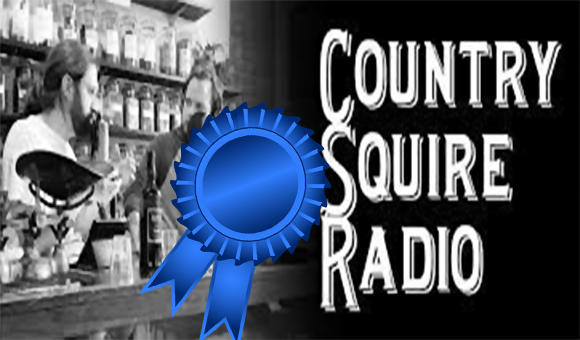 I don’t even know what to say. I’ve been thinking about it all night. Couldn’t even sleep. The last six months have been such a roller coaster, it’s wrung me out. Either things are almost unbearably bad or so happy I’m speechless. Not much in between.

Two days ago I received two packages in the mail. Both gifts from people who are beyond nice. Nicer friends then I feel like I deserve. One was a lighter and one was a pipe. I will hopefully take a photo of them and put them up on the Blob this weekend. The pipe was from Briar Blues Mike and was the gift from Avid Piper, Nish. A Castello Fiammata. I opened the box and froze. I’ve never seen a pipe like it. I’ve never gotten a gift like it. I was thinking when I got it I would immediately put it to good use. But actually holding it in my hand I wasn’t so sure. It’s not only as close as you can get to being perfect, it also means something. Every pipe has a story and this one is a masterpiece.

Then the very next day, yesterday, Country Squire Radio puts out the second part of their Best of 2021 series and Briar Report was named Pipe Publication of the year. I was too overwhelmed. Maybe because things have been weighing me down or whatever, but between those two things I broke down a little. I’m never like that, but I couldn’t help it.

Two years ago I was listening to the awards and they said “Briar Report” when they were talking about the publication of the year. I thought I misheard. That couldn’t be right and I thought it was wrong. I had to listen to it a few times and even then I didn’t believe it. I got a letter in the mail signed by Mr. Cole, IN INK! I put it up on the bulletin board in front of my desk and look at it all the time. Also got a certificate which is framed and in my office. I thought it was something I lucked into and still am as amazed as the day I hung it up.

Then last year we won it again. That time I thought it was funny. How? Very proud obviously, but it still didn’t quite sink in. I was happier the second time around because I thought maybe the first one really did happen. I guess people nominated us and the guys at Country Squire Radio aren’t just goofing on me. Very humbling to say the least.

2021 was not a good year. Our readership is stagnate but so is everything. We’ve had tons of technical problems which were way over my head. Even hiring “experts” didn’t get them fixed. There was no way we would win again, but that was fine. At least we are considered among the top and that is great. When the announcement came out yesterday that we had won a third time, it was too much. I couldn’t take it.

It was like the first two times combined, times ten. I was more shocked this time than the first. More proud than the second. Like I said, I’ve been up all night. That plus the two gifts that just arrived was more than I could handle.

What It Means Personally

I love the award since it drives me to want to do more. To live up to what is said about us. Having two full time jobs leaves little time for things like the websites, but it only make me wish I could do that full time. To devote more time and make it even better. In October I decided we were going to change how I handle things. To only take the few things that matter most and ditch the rest. It would free up time and I could be more productive. We just got done with site upgrades and fixes yesterday. It’s like everything is coming together at the perfect time.

Having said that, I know in my heart that the reason we won that award and are somewhat successful is because of everyone else. There wouldn’t even be a Briar Report if it wasn’t for our advertisers. Briar Blues, The Pipe Nook, Tobacco Pipes Japan, Pulvers’ Briars and MKE LAW Pipes. All the fees and subscriptions add up and are more than I’m willing to eat. But because of them we keep going. I owe them everything and am grateful beyond words.

Our loyal readers are just as important. There is a core group that I know visit regularly and keep our numbers up. During the month many other stop by and we love them too. It all adds up and is important. We can’t thank them enough either.

What seems odd is our content really comes from all of them. We are just a conduit for pipe smokers everywhere, especially the ones creating content. The Briar Report don’t make videos, or have pipe smoking dogs or big radio shows, we just report on them. We are just as big a fan of everyone else’s content as anyone, and for people to be sending us gifts, letters of thank you and awards, seems surreal.

Our websites are your websites. I hope everyone knows how much I appreciate each and everyone of you.

We will continue to support pipe smoking content and defend the hobby, hopefully living up to the expectations that have been set.