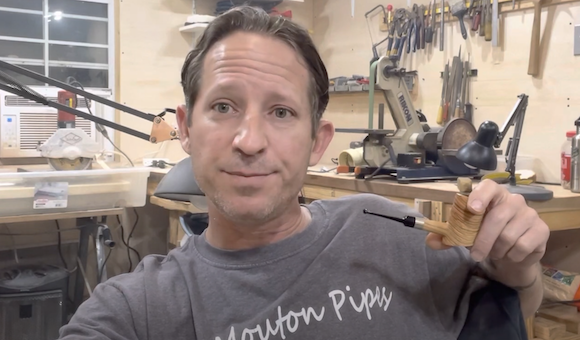 It’s so depressing when you see a bully go after someone. It’s worse when it’s someone who has done absolutely nothing to deserve it, and it’s someone you care about. YouTube deciding to restrict J. Mouton Pipes fits that criteria exactly. The cigar channels have been making moves to get off the platform. We and many of the YTPC channels have been talking about it lately, and now it’s starting. Just like we knew it would.

I would love to have invited a handful of channels to join me on the Briar Report servers, but that isn’t going to happen any time soon. We are set up for it, but the cash reserves that were set aside to carry it, have long been gone. Not going through that again. Either it’s going to pay for itself, or it’s going to stay mothballed. You never know what the future brings, but I think it’s changing much faster than any of us anticipated.

As Jason says in his video, it’s not just tobacco content, it’s the whole crazy messed up world. If you were sitting with me right now and we were talking I would say it in a much different way, but that’s the gist of it.

I was seriously thinking about not putting out a Blob today, because I ended up working 20 hrs yesterday and am pretty run down. In an hour I have to go somewhere so I’m kind of rushing. But when I saw that video from Mr. Mouton, I knew I had to get that up on the news site right away and mention something here. Maybe because I’m tired, but it seems more depressing than it should. Not like I didn’t see it coming. But why his channel? Probably going to be all of them, it’s just he’s one of the first to notice.

Not sure I want to hear about everyone getting screwed by a bunch of you know what’s. You can only take so much bad news before it effects you. I try to be a somewhat positive guy, but even I can’t take video after video of people being bullied for no reason.

I’m way too small, but maybe I could start writing very inflammatory articles about YouTube executives and we could try to get them to go viral. Is that worth my time? Probably not, but it might be fun to try. You couldn’t go after the top guys since they are probably used to it. You have to find second tier executives and go after them. The only thing is I’m pretty sure there are laws against that kind of thing. Can’t just make stuff up. Although the more public someone is, the more latitude you have.

These kind of jerks say the most vile things about people and they could care less if it were true or not. They need a taste of their own medicine.

Look what they are doing to me.

The other day I had mentioned cigar leaf blends and added a recommendation from Kaplowitz Media. What I forgot to mention was that even if you aren’t much interested in stogies, that blog always has some really good content for the Sherlock Holmes devotee. Almost all pipe smokers I know are. I’d bet that more pipe smokers are fans of Holmes than they are of the LOTR. And that’s saying something.

The talk can get pretty deep and I never fail to pick up a cool tid-bit or two even though I’ve read all of these stories many times. It’s very interesting and worth your time if you’re interested in that kind of stuff. Short reads, just like The Blob.

If you are interested in stogies. Well, then it’s a no-brainer.

Lots of shows on tonight. Glum Chum, CaneRod, and Over A Pipe. All great shows and worth your time, even if you have to catch the rerun. Do those last two even mention Briar Report? Maybe I shouldn’t be so loosey-goosey with the free links anymore.

Not to mention that Papa Bear’s Nook will be on at midnight tonight with his new series. If you’re up, be sure to stop by.