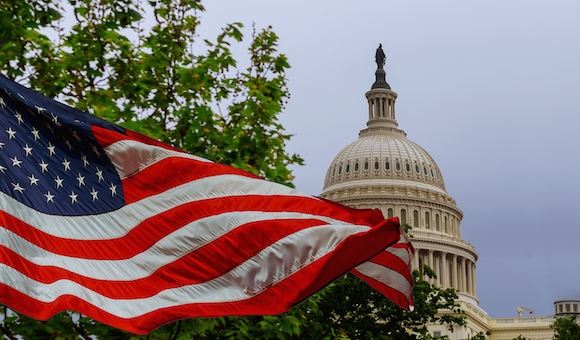 The smoking ban on Capitol Hill has been lifted, at least on the lower half it has. On cue, the outrage has begun and, as usual, the hyperbole is thick. The group of people who cry that the man needs to leave them alone are the ones who when they get a little power get drunk with it. If you go through the stories already published on the subject it would make you cringe.

First of all, you’re going to get those who claim hyper sensitivity. They act like their senses are so delicate that just the hint of tobacco smoke may call for a trip to Urgent Care or possibly be put on a ventilator. Mark my words, within a year “secondhand smoke induced illnesses’ will sky rocket on the hill and people will either demand work from home, or monetary compensation.

Reports are already coming in that they can smell it multiple floors away. Now come on. You have to really want to smell something if this is true, and even then I doubt it. People are so full of it, it makes me sick. They want to be offended, especially when it’s someone they hate in the other party.

People in general, and DC in particular, have really pushed the limits on the lowest common denominator. You watch how petty they can get.

The second thing I noticed right away was how they are framing the change in the rule. Now everything is going to be “smoke filled rooms” and every other derogatory phrase they can think of. Why must everything be a cliché? Someone wants to have a cigar and now all of a sudden he’s doing some backroom nefarious deals. Of course, it has nothing to do with one’s political position. I’m sure the same people are going to be just as nasty when someone in their own party lights one up. Cough, cough [pun intended].

They are also using terms for smoking drugs. I don’t even want to write it here or else every stoned googler will end up on this site. The people who write these stories are so predictable. My guess is they go back to their DC apartments and smoke away, not on cigars or pipes of course, but when it comes time to write the story and skewer the other guy, it’s all bets off.

They are lucky I don’t work there. I’d chain smoke Cuba Libres. Clear the place right out.

Pick Out A Pipe

Today’s sponsor is the wonderful MKELaw-Pipes.com. Now all joking aside, if I were a distinguished member of Congress, I’d make sure I had a dignified pipe to smoke. You wouldn’t see me with a radiator pipe, or something with a wild looking stem. Not even a corncob. Nothing against those styles, but you really do need something with a little gravitas.

That’s right, a high end estate pipe. See this happens every time. I go to get the link for the advertiser and end up spending a half hour looking around. Just did that on the MKELaw-Pipes.com website. I was looking for a pipe I would get if I got elected to Congress. Pretty sure it would be a Pre-transition Barling. I’d spend all my time locked in my office looking for cool estate pipes, while the snowflakes walked wobbly-kneed past my office.

I began with “all joking aside”, sorry. Not only does MKELaw-Pipes.com have great estates, but so many unsmoked and even hand made by Dave Neeb himself. There’s a gold mine over there and it’s worth spending some time. Which pipe would you pick out if you could light up on Capitol Hill?

A Blob To Forget

Yesterday’s Blob was an absolute nightmare. It took 50 minutes to write and 3 hours to publish. Somehow the settings on the editor I use got changed or there was a bug in it. Either way I was totally stuck in the mud. Don’t get me wrong, I’m sure the problem was a result of something I did.

It’s tough in the early morning trying to get things done sometimes. The worst part, for me, is when you try to look up fixes on the internet all you get is technical gobbledygook. I complain about this a lot, but they expect you to have a level of knowledge that I just don’t have. At least not in the field of website design or code.

If I treated people who want their watches fixed the same way, I’d be out of business. “Just re-poise that balance wheel, dummy. It’s obvious.”

In the end I got it done and it’s up on the site. Afterwards I thought that I go through all this for so few people. Not that I mind, but it’s really not a cost effective use of my time. I do it because I love the community and I really want to contribute. At least in my own way.

Just for the record, I am not taking any political side. I’m tearing into some people who have a certain political bent. But that has nothing to do with it. Nor am I defending someone because they are on the other side. I could care less. This is purely a question of whether a person can enjoy a pipe or cigar in the confines of their own work space. I say the answer is yes. Of course I’d say that because I enjoy a pipe in the confines of my work space and I believe it helps me think.

If people worried more about getting work done themselves instead of what the other guy is doing, we would be much better off. Expecting that in DC is out of the question. It’s a war zone there, with an army of lawyers. The worst of the worst.

As the world burns, I’ll be in my office smoking my pipe. Now leave me alone.

For these stories and more, be sure to check out our News Website.