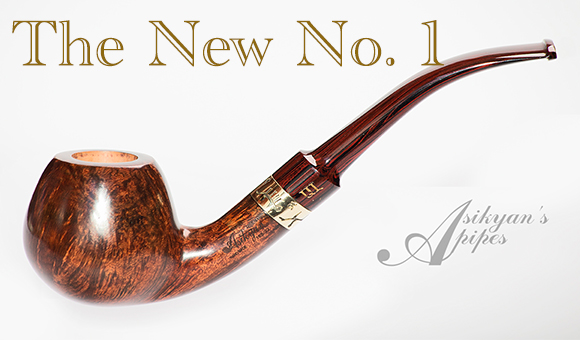 It’s already the weekend. think I got a record number of inquiries this week. That’s a good and a bad thing. It takes up a bunch of time which is bad, but it keeps me focused. If I didn’t have that my natural inclination would get me side tracked. So even though its sort of  a distraction, it’s a good one.

I’ll answer some of the general, and spirited questions here.  Yes I did try to light an empty pipe. The lighter was lit and heading towards the bowl. It was that quick test draw that tipped me off.  I was holding the flame above the empty bowl when I realized how stupid I can be. I also did spill coffee on my shoes yesterday.

Can you publish something I write on the Briar Report website? Yes, of course you can. That’s what it’s there for. Nobody cares about what I have to say. Just send it in and I’ll post it. Don’t swear and don’t rip off anything like photos or someone else’s content. Other than that you’re good to go.

Am I interested in a Collab with a great Fantasy Sports brand? Not particularly, but I will post your article along with the links. since the emailer mentioned they will gladly pay a fee, it is $10,000 plus two tins of DeLuxe Navy Rolls. I’ll stand by for your submission.

When will the Pipe Puzzle answer go up? Monday.

How many people read the Blob everyday? In the neighborhood of 75-85. After about a week each post gets a couple hundred views. The difference must be people poking around or going back and reading previous days.  Not really a lot of readers but pretty good for a pipe blog. In all reality it should be 10x that. Be sure to tell your friends.

You would think that would be a big windfall for me, but it isn’t. All those extra daily visitors does not equal more ad views like I thought it would. As one wet blanket pointed out to me, when you look at this on your phone the ads are on the bottom. You have to scroll past the blabbering to get to that part, and who’s going to do that?

The computer knows if you actually look at an ad or not, just because you’re on a page doesn’t mean I get credit for the ad being seen. Too bad for me, but what are ya gonna do? I’m not going to start embedding ads in the Blob itself.

What I’m Thinking About

Enough of all that admin. junk. I had planned on talking about Summer Pipes this weekend. But I’m still thinking about it. Not that there’s all that much to think about. Yes, I do have pipes for the summer but they are mostly my regular pipes with some that see a lot more action in the summer. I need to finish that up so I can post it.

The Pipe I Reach For First

One thing that I would not have predicted is that my latest Asikyan Pipe has become my No. 1. That doesn’t mean it’s my favorite, it just means it’s the one I smoke the most. The one I grab without thinking about it. It’s surprising because I haven’t had it that long and also because it’s a 9mm. And it’s a bent pipe! Not at all what I normally smoke.

But there’s something about it that I just can’t resist. I’m so comfortable smoking it, if that makes sense.

I don’t have anything against filtered pipes, nor do I want to move my collection in that direction. Like everything else in the world they have their pros and cons. The realization of how much I’ve been smoking it was when I went to get a filter I noticed the box was almost empty. That’s a 40 count that I opened about two weeks ago.

A few of them went for my new Phoenix pipes, but I was getting the filters for those out of a can. I’ve been keeping this box of filters with the Asikyan. So that means I’ve smoked that one pipe at least twice a day over the past two weeks. And the rate was the same going back since I got it. My collection is actually kind of modest, but to have one pipe that is at that rate, day in and day out is rare for me.

One thing I did notice with me is that the filtered pipes need a little more after-smoke attention. For one, you would think that the filter draws in all the moisture. While it does trap a lot, it also prevents you from running a pipe cleaner down the pipe during the smoke to keep it dry.

It’s not a lot of moisture, but enough that I’ve found a tiny bit of build up right at the draw hole. Since it can be a little gooey, a pipe cleaner will only push it out of the way. When you withdraw the pipe cleaner the obstruction goes back. Like a check valve flapper.  A quick scrape with a bowl reamer make quick work of that.

One of the best things I ever learned from pipe smokers on the internet was the post-smoke maintenance tips Mike from Briar Blues put out in a video. I used to be a smoke it, set it aside kind of guy. check it out before you smoke it and/or go through them all once a month. When I adopted his post-smoke quick clean and thinned out the amount of cake I maintained, it really made a difference. See, even after 30 years you can learn something extremely useful.  Changed my habits and my attitude.

Anyway,  after I smoke that Asikyan I get it apart and get that used filter out. Normally I wouldn’t want to take it apart until it was totally cooled down, but I don’t smoke them hot and I don’t want that moisture in there.  I wait about two minutes then get it apart, but won’t put it back together until much later. The objective is to get it cleaned up and dried out quick. but what I wanted to point out is how much I’ve been smoking this particular pipe lately. It even surprised me.

I’m not shilling for Asikyan, it’s just on my mind. I could be one of his biggest fans. There are a lot of people who want to get one and I know the shipments are two or three months apart. And each order doesn’t have that many pipes in it, only a few dozen. That’s not a lot of pipes at the end of the year, especially when they are so popular.

I’ve already bought a few and don’t want to seem like a pig. but what I’d love to do is get a half dozen more. Not to give them away either, just to have. I’m afraid I’m smoking this 9mm one too much, especially since I take it apart while it’s still on the tepid side. What if I break it? I need a few of them with a corresponding amount of backups.

The Phoenix pipes I’ve gotten are also 9mm, I might need to move them up in my rotation. Much easier to get and a little cheaper for anyone that is interested. If I’m smoking a filtered pipe a few times a day, there’s no reason one pipe should be smoked more than once.

Heck it used to be that guys would smoke the same pipe all day long. I’m sure I’m worrying about nothing, but they also used to buy their pipes at the drug store when they broke.

When the next drop of Asikyan Pipes hits Briar Blues, if you want one you better make a move. If they sit there too long I might just buy them all up. And no, I won’t be giving them away.

Speaking of new things on the Briar Blues site. If you check out the Insiders New Arrivals Page, you will see a whole bunch of Radice Pipes along with the Phill Rivara reamers that just came in. They are 40% sold out already and they’ve been up for 5 seconds.

note 1: I know I said I wouldn’t embed an ad in the Blob, but that is there just to make a point. It’s not being counted. But since it’s already there, may as well link to the site your your shopping convenience