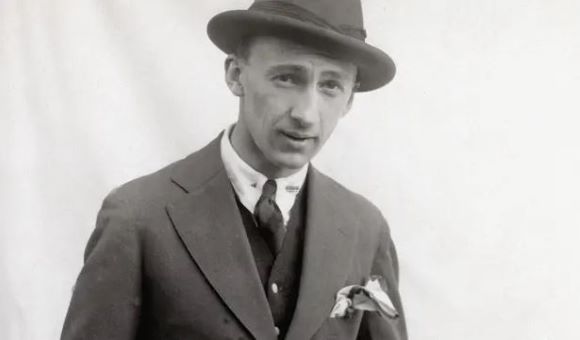 There are a few things every man should carry with him. I’m not talking about having with, or near you, which sounds the same, but isn’t. For example, you should always have a flashlight handy, but it isn’t necessary to have it on you. If you have one at home and at work, you’re set. Some might argue with me, especially those into the EDC type thing. Every Day Carry, but I’m not going to nitpick or get into it too deep. If you want to carry a flashlight, cool.

There are also some items a pipe or cigar smoker might carry that others wouldn’t. A lighter, tamper and other accessories, for example. I have a cigar punch on my keychain, and would consider it a necessity, but if I met someone and they had no way to light a pipe, I wouldn’t think anything of it.

What I’m talking about here are the items that every man should have on them. Stand by to get mad at me and tell me I’m full of it.

You knew I was going to say this, even start with it. I know 90% of you are going to say, but there’s a clock on my phone. First, I don’t care about your phone. Second, you should have a watch. I’m not even going to get into the phone thing. I hate them. I know people can’t live without them. The little glass god on the end of their arm. Everyone always says how they get so much done, or how handy it is to keep in touch with people. All true. but I know that while they think they are 95% productive and goof off 5%, the truth is it’s the other way around.

Plus, if it is so necessary to keep in constant contact with people, why weren’t people racing from pay phone to pay phone before there where cell phones? Why wasn’t there always a line at the phone in front of the supermarket? Because if you needed to tell your wife something, you waited until you got home like a normal person. If you didn’t know what kind of cereal to buy you took your best shot and if the snot-gobblers didn’t like it, too bad.

When people are late for work they usually say, I forgot to charge my phone and the alarm didn’t go off. Have an alarm clock and wear a watch. Time is important and other people’s time is also important. You should be thinking about that. The guy who is always late is saying the other person’s time isn’t important to me.

To save you twelve hours of reading, I won’t start writing about individual watches or what makes a good watch.

If you never have a need for one, you could get one of those smaller Fischer Space Pens that are very small when you cap them. They can stay in your pocket for years and never dry up. But you have it if you need it.

The kind of pen depends on your environment. When you have your suspenders and bow tie on, a fountain pen is right at home, and looks great. If you’re wearing coveralls and on the tractor, maybe something a little more rugged is appropriate. No matter, I’m sure you can figure out what’s best for you.

Blow your nose. Nobody want to hear you sucking in your snot. Trust me. The reason this is necessary is because while tissues are more practical, they don’t carry well. By the time you need one, they are all shredded. Being able to toss them in the trash once you use them is a pretty big bonus, so I recommend having tissues nearby, but a handkerchief on you. I keep tissue in the desk and by the bed, but that doesn’t help me when I’m out.

It’s why I made the snot-gobbler joke above. Nothing more kiddy than a runny nose. Kid’s noses are always going, actually feel kind of bad for them. But a little kid is too stupid to blow his nose without his mother telling him. The dumb little guy will walk around with crust all over and be as happy as can be. But he’s a kid, so what do you expect? A grown man on the other hand – not a good look. What are you going to do, wipe your nose on your sleeve? For the love of G-d, just carry a handkerchief.

Oh boy! I have to control myself since I’m so opinionated on the subject. All men should have a knife on them. I usually have two, sometimes three. As long as you have one, you’re good. Here is my personal thoughts, but may not apply to you.

I like to have one, non-threatening knife on me. Something totally unassuming, something a grandma wouldn’t blink at. Actually old ladies are tougher than most young people so that might be a bad example. Something to open a box or cut a string. A knife you could take out in the vestibule at church and nobody would care. For this I like a knife like a Case Even-End. I call it my going to church knife. It’s very small and classic. It’s also the knife President Eisenhower carried which is a big bonus as far as I’m concerned. I don’t even think they make them anymore.

For an everyday little knife, I recommend one like the Fallkniven U2. Fallkniven uses extremely hard steel so it keeps it’s edge and they are wicked sharp. They are small so when the Gestapo searches you, there shouldn’t be any problems. I see where there is a thing now for “Executive Knives”. They still look out of place to me. Just because they are slim doesn’t mean they are appropriate for all occasions. Little pocket knives like the ones I mentioned are. Here’s a tip for you, when a cop asks you if you have any weapons on you and you have a knife like this, just say “I have a pen knife in my pocket”. I’ve done this before and it works like a charm. Even George Washington had a pen knife. Maybe Eric The Blue Collar Pipe Smoker could do a video on it.

If you want to upgrade a little bit, consider a Swiss Army Knife. A Tinker or Super Tinker are somewhat small but versatile. I have about 35-40 different Swiss Army knives in my collection so there’s always something to choose from. They even make one with a cigar cutter if you’re interested. But this might go into the, have it nearby group.

Charlie, the aforementioned Boca To Boynton has a video about pipe knives. Totally worth your time.

And the last category is starting to get off the subject. Self defense type things. Knives that if you pulled them out would set off all kinds of alarms in people’s heads. Not the kind of thing you want to use to help get the sticker off a coworker’s new coffee mug. People will think you have a serious problem. Just keep those tucked away for if you really needed it.

Those are the four things you always should have, no matter where you are. Now there are a couple other things you will need if you go out like your wallet and your keys, but that is a separate thing.

There is one concern I’m sure to get. Someone is bound to say, but Phil, I dress like an eight year old boy and there are only two pockets in my short pants. That is true, but it’s not something I can help you with in the Blob.