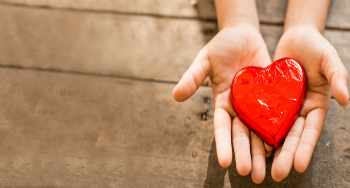 There is no doubt that pipe smokers are as a group a nice bunch of people. Maybe it’s because pipe smoking lends itself to a quiet reflective personality. When one tends to sit and contemplate life in general, they realize that there is as many different situations, problems, joys and experiences as there are individuals in it. That’s not to say people who do not smoke a pipe do not recognize this fact, but as a percentage of the group I really believe pipe smokers get it.

You can see it in many of the pipe smoking communities. People in the forums form bonds among it’s members that are as close as any group of like minded people. The YouTube Pipe community is famous for sending each other gifts for no reason whatsoever. We’re not talking about sending a friend a sample of pipe tobacco so they can try it out, although that does take place, but outright amazing gifts. There are people who give custom made ($$$) pipes to complete strangers. People even make pipes and tampers themselves and just give them away. It’s amazing. Everyone in the community is accepted and treated so wonderfully it makes one proud to be a part of it.

The Model of Kindness

Lately, this generosity has shown itself in the form of giving to those truly in need. The best example of that was the benefit raffle that Mr. and Mrs. Herfer, better known as Hugh and Harriet, put on for Mr. Danny Shore. Danny who is undergoing serious medical treatment was moved by the outpouring from the YTPC. So many people came together to make that benefit a huge event. From the people who help organize it like Mr. and Mrs. Ghost Cob to the people and businesses who donated, and even made, items to be raffled off. I can’t start to list them since there were so many and I don’t want to leave anyone off the list. You can go back and see Harriet’s videos where she “shouts out” all of them. The amount of work that went into the benefit can not be overstated. Seeing how this event was run is certainly an inspiration on how to treat your fellow man.

Other Events Going On

Not to promote a business or a channel but just to help others in need. Like people joining together to raise money for Tuscan Piper’s Family who’s beautiful baby girl, Evelyn, is fighting a rare form of cancer. Raising money to ease a fraction of the burden has become a cause for a group in the YTPC. Corvette Jim has started a raffle open to anyone donating to the family’s GoFundMe account. Again so much work, but for a great cause.Others wanting to help in any way they can is demonstrated by Peddler Piper who has donated to the raffle and the countless others that have promoted the event on their YouTube channel, Twitter and Instagram accounts. It seems like we can never do enough for the family but it doesn’t deter people from doing as much as they can. Looking into Evelyn’s eyes is like looking into the eyes of God. She has faced so much in her life already it’s really beyond comprehension. It makes you sad and also joyous for the gift of life at the same time. There’s no doubt the world is a better place because of Evelyn.

To read more about Evelyn you can go on the GoFundMe page and to find out more about Corvette Jim’s raffle you can see his Event pageon the Briar Report Magazine.

Randy Angelo from RNA Treasures has just started a raffle which benefits the American Diabetes Association to honor Thomas Cristiano. Donating his time and gifts in the hopes of making life better for so many that suffer from Diabetes is a great reflection not only on Randy, but to the many others who take part and donate to this cause. Not satisfied with the usual fund raising events this is another way to think outside the box and reach people who might not have given. In this case it is not just one person or one family who benefits but possibly millions. It may be just a small part of the overall picture in combating this disease but it all adds up. Information on this raffle can be found on RNA Treasures Instagram account and also on our Events Page. If you are one to give to a charity like this, why not do it through a fellow pipe smoker?

These are just a few examples of the generosity we have seen lately. It makes you feel good to be part of this wonderful group and help on in any way that you can. I have no doubt in my mind that together we can make a difference.