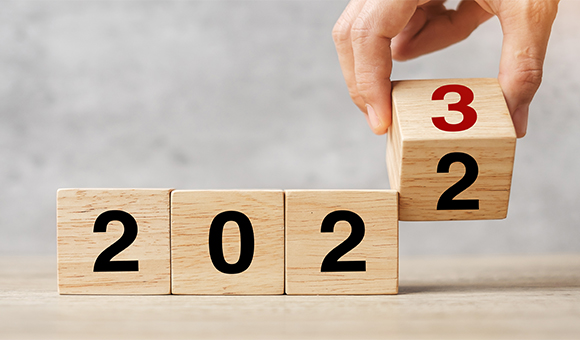 Good morning and welcome to 2023. Over the last two or three years the world has been circling the drain. While all this was going on, I was preparing. All the pea-brains that can’t think past what they are having for lunch, have run the world into the ground.

This will eventually lead to a few things. First and foremost, when it does crash, we are going to kick them out of the way and stop listening to their drivel. I would say they can keep scrolling on their Twitter or hitting the thumb on Facebook, but honestly I don’t care. If those sites are even around anymore.

The people who actually work and get things done will be back in charge. The ones that grow the food, haul the products, produce the power and defend our liberties. They will be calling the shots and the punks will be bawling their eyes out. Probably setting fire to things, but by then it will be too late.

Why am I talking about this? Well, as I planned for the new year, I had to cut a lot of things out of my schedule. I’ve stretched things as far as they can possibly go. No time left in the day. So the only thing left to do was cut out the fat. The things I like to do, but aren’t really that important. The plan is to keep the websites going, but I’m not going to be spending a stupid amount of time on things that only two people appreciate. Me being one of them.

What you might see is a trimmed down Briar Report. Hopefully the quality will be higher as I’ve implemented plans to streamline the whole process. I did something similar last year, but all it did was create more work. I don’t have the time to be futzing around anymore. I want to bring you the latest Pipe Smoking news and information and some fun content on the side. But I don’t want it to become a labyrinth of junk.

Don’t get me wrong, if we come across something that is popular with you, the reader and pipe smoker, then I’m more than happy to spend my time doing it for you.

In that case, it’s actually the money not the time. There is the time I spend always trying to get it fixed, since it’s constantly on the fritz, but the subscription fees bother me every year. Pretty sure when it runs out in a few months you won’t see it anymore. Now if people really wanted it, I would keep it going, but I know that’s not the case. It’s rare that anyone asks me to put them on it, and even rarer that it’s being used.

That’s not a bad thing. It just means I can focus my time and resources to something people really like. There are some projects coming down the pipeline that I’m sure will do well. I’m talking top tier stuff here.

Now A Word From Our Sponsor

New Year’s Weekend Sale at The Pipe Nook – 10% Off Site-Wide!

Use coupon code NEWYEAR2023 in the coupon field at checkout, or click the link below, to receive 10% off everything in your cart from today through Monday, 1/2/23!

Celebrate the New Year with a new pipe, or stock up on accessories like tampers, pipe cleaners, and pipe filters at a discount! Wishing you and yours all the best for 2023!

Back To Normal Programming

We’re back, and I wanted to discuss for a minute why I said earlier that the useless moochers are going to have to step aside. When things get bad, men get going. The inflation rate is just under 8% right now, and that’s the government number, so you know it’s phony. They have no compunction about lying to us anymore, not that they were ever all that honest.

The workforce has become a bunch of pampered, fancy coffee drinking, “knowledge workers”. You know what that means? They don’t do anything. Tell us all how to use things on the internet. How to make videos, how to make money while it looks like they are working. What a scam.

One of the funniest things I hear is “we need to find ways to balance work and home life”, or the work/home balance. Once these people get a buzz word or phrase they think has legs they really go all in. I’m sure in 2% of the cases this might be a legitimate concern, but the other 98% is all hogwash.

People’s lives have become nothing but entertainment. Even when they are supposed to be working, they are watching videos or even movies on their phones. Balance!? If there was an ounce of honesty, to create a balance they would have to work a heck of a lot more than they already do.

Preaching To the Choir

I know the crowd that usually reads this doesn’t fall into that category. Maybe a couple of you, I’m not sure. But if you’re a normal working person, or retired after a long career of hard work, you’re probably just as disgusted as I am.

This year is going to be focused on work. Not just getting things done, but hard, deep work. Getting meaningful things done with the attitude of ignoring all the distractions. I’m going to work, live and write like I want. Not going to have people with nothing to do but cause trouble effect me.

A good example of that is I see where the state of Maine is jumping on the ban flavored tobacco bandwagon. Typical. See how once they find some angle they think works, they dig their fangs in? Then once they move past that it’s on to the next thing to try to ban. It’s coming where all tobacco is going to be at risk to be banned. I’m going to confront these people while I still can. Might even find out who’s behind some of this and write some article about them. Wouldn’t that be fun?

I encourage you all to join me this year. Make 2023 the year it happens. Stop scrolling and start doing. If you’re going to read, read something substantial like a book. Don’t read Tweets or Facebook (what do they call those? Posts?) get in the habit of reading something a little more in-depth like this Blob. Not that you can find anything all that insightful here, but I can expand it to more than just who has a video coming out. If the engagement is there, this can be about anything you like and as useful as I can make it.

So here’s the challenge. Don’t waste your time making all kinds of resolutions you’re not going to keep anyway. Just make a couple. Since this is a pipe smoking website, I’ll suggest one that might appeal to you. Maybe it won’t. Do one thing this year to promote pipe smoking and/or save it from the fools that write the laws.

Even if you only write one letter, or talk to one person, do it. There’s nothing wrong with pipe smoking and the people who want to interfere with you enjoying it, only do so because they are little nothings with a little power that has gone to their heads. I’m going to keep smoking my pipe I don’t care what they say or do. And, I have no problem telling them so.

The second thing you can do is read a good book instead of reading the phone. Pick a book which you already love. A good book should never only be read once. Save a little money on something you’re not sure of, and read a book you know you like. You always get more out of books like that a second or third time around.

That’s two things. Now that I think about it, they kind of go together. I can yell at my State Senator then sit down and read a book while smoking my pipe. What could possibly be a better way to start off the new year?

Happy New Year Everyone. I’ll try to control myself for the remainder of the year. In the meantime you can go check out the latest news and even check out the new Pipe Puzzle. It’s a good one,