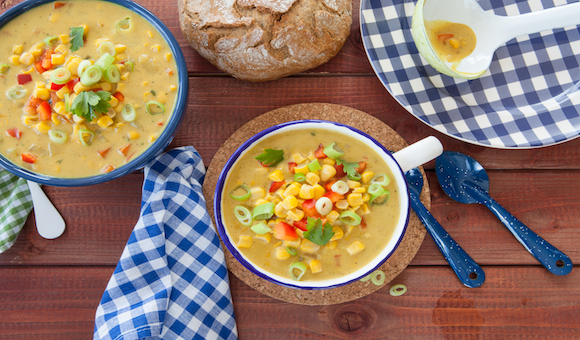 I know I’ve been mentioning Smokingpipes a lot lately, but I saw earlier in the week they have the 2022 Peterson Christmas Pipes available. Can’t remember the year, but we had that give away with Padre Piper and bought a whole bunch of them. What a big hit. They are nice Christmas pipes although this years looked toned down a bit. I like toned down. Not a big fan of bright colors and such. The year we got them they had the copper band. No link, but easy to find if you’re interested.

No secret that I’m a big fan of Lady Fire’s Kitchen. Well, I’m a big fan of Lady Fire, but the cooking shows are irresistible. I’ve attempted about 80% of the recipes and have yet to be let down. If I know it’s over the top, meaning there is no way I can eat something, I’ll skip it, but so far those have been few. The Salmon recipe which was the very first one has become my go to way of cooking that species. I even tried the Spam recipe, which got the side eye from the wife, wondering why I bought Spam.

The recent Corn Chowder recipe was amazing. Maybe the best so far. Even better than last year’s Chili. I’ll have to revisit that to make sure. Even Ed the Armchair Piper gave her an invitation to Lady Fire to move in and make the chowder for him personally. An invitation that I’m sure Mr. Flat Cap doesn’t find as appealing as Ed does. Don’t have a link for the next episode, but you might see it announced in a day or two. I had a little left over shredded chicken that I threw into mine and my head almost exploded. Corn is a 52 on the Glycemic index, so it’s not terrible and if I control myself it won’t be too bad. Problem is I may not be able to control myself.

This week’s Popping The Tin episode is tonight at 7 pm Eastern. They will be doing the second blend in the C & D Ghost of Christmas series. Present is the blend, and I’m hoping to watch live. Here is a link to get the notification and to the actual live premier show.

I know a lot of you are still decompressing from the Las Vegas International Pipe Show last month, but the Texas Pipe Show is this coming weekend. There were still some spots available for the slow smoke last time I looked, so if you’re interested, better reserve it now before the show actually starts.

They sent out a very nice mailer the other day updating everyone on all the essentials; Hotels, Food, Weather, stuff like that. You can find out what you need on their website, which seems to be a bit slow this morning. Must be getting a lot of traffic.

I won’t be attending, so don’t look for me. I didn’t even go to Vegas. For a few minutes I was considering it, but when I checked into accommodations I noticed the only places that were available were 5 Star resorts and hotels. I would never consider staying in a place that was less than 7 Stars.

No doubt one of the blends people look forward to during the holidays is Figgy Pudding from The Country Squire. It’s a limited edition blend that screams Christmas. I only tried it once, and it was fantastic. It might be something I need to get here at the Briar Report Pipe & Chowder Lodge. Might be that one thing that turns this year from a fantastic Christmas to the greatest Christmas of all time. You never know.

Here is a pull quote from the news release that Country Squire put out;

Enjoy these holiday traditions from The Country Squire! Hand-blended, cheerful, and comforting, these limited-time blends will minister to your heart this Holiday Season. Treat yourself to something special – Order NOW! (while supplies last)

Figgy Pudding: This full-bodied aromatic will please those with a sweet tooth, as well as those non-aromatic smokers that enjoy an occasional treat. Subtly flavored black cavendish pairs with a variety of Virginia and Burley tobaccos to create this one-of-a-kind Christmas smoke!

Come For the News, Stay For the Chowder

Now I know why most of you are really here. It’s because you think I get a bit of inside information once in awhile and are hoping I’ll pass it along. That way you can seem “in the know” to all your friends. There is some truth in that, so it’s important that I pass it along when I can.

One is that Mr. Marty Pulvers not only has some S. Bangs ready to go up on his website, but also the Balleby pipe that won Best In Show at the Vegas show! That’s going to go fast. If that’s the kind of pipes you collect, don’t wait around. I’m very excited about it and truthfully am a bit tempted myself.

Not only is Pulvers’ loading up before the holidays, but so is Briar Blues. He’s got 18 Ashton pipes on the way. You know I’m a sucker for the English pipes. Italian pipes smoke the best (in my opinion, which is correct) but there is something about those English pipes I can’t resist. I feel so much smarter while I’m smoking them. The Italian pipes make me want to make sauce and listen to opera.

On top of that he has 3 pipes from Flemming Jakobsan coming. Those are some top tier Danish pipes at a very reasonable price. Three is NOT going to be enough. They are tough to get, even from the “big” retailer. I almost bought a Chess Pipe by Flemming Jakobsan once, and regret letting it pass. I don’t have what some call a bucket list, but if I were to have one, I know what would be on it.

Sign up for the Insider’s Club at Briar Blues since they will get first crack at these pipes. I have a feeling most will not ever make it to the online store. Mike usually puts out a video when those kinds of shipments arrive, and honestly I can’t wait to see what he’s got.

I’m going to try hard to make the Popping The Tin show tonight. Wish there was a tailgate. If so, I’ll see you there.