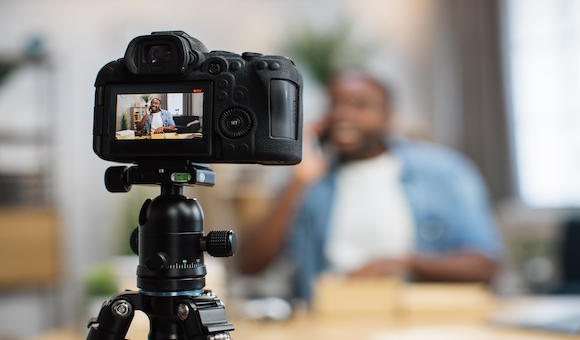 Told you I’d be busy. No joke, when you factor in age I may have worked more in the past two weeks than ever before. That’s OK, I love it. Don’t see how people can stare at the TV or their phones all day. You got 1440 minutes in your day – don’t waste them.

First newsletter in three weeks is going out this afternoon. I’ve been trying to keep them tight. Not too many stories. Keeping it to about 3 after my opening remarks. Want to make it short enough that people will read to the end. The service knows how far down people scroll, so after a certain point I loose too many people. If I want to write more, it will be here in The Blob. Wouldn’t it be nice if all the people who got the news letter checked in here a few times a week? Pipe Dream.

The goals for the upcoming year are very optimistic. We will need some of those people to visit the website and even attract some more that don’t even know we exist. Going to be tough, but it isn’t going to happen unless I try. If you don’t mind, share some of this content and tell people about not only the News website, but this magazine website and the newsletter as well. Tough competing with cat videos, but hopefully there are still some real men out there that are somewhat grounded.

Put On Your Thinking Caps

Last month we announced a new page that we are going to start, an idea from Mr. UmberPiper. So far we have a general idea what this is going to look like. We are not going to stop at just listing new YTPC Channels, but will include all kinds of pipe smoking content. The general idea is to highlight some of the channels or content that you may not have found yet.

As Mrs. Herfer would say, “go sub a newbie”, a nice goal and one which we would like to help with. But giving it some thought, there are also a bunch of channels and websites that have been around awhile, that just don’t get the attention they deserve. While not the focus of the page, we also want to include that as well. On a more limited basis, but there for your consideration.

At the bottom of this page is a short form that you can fill out and submit. We will use information we get in, as well as channels that guys like Ghost Cob, Parsimonious Piper, Flat Cap Piper and SloMo Randy find. They are very good at uncovering some of this wonderful content.

I would also like to hear any ideas you may have on the subject. Being on our website, we can do anything we want. No censors or space limitations.

When it comes to individual, one-off type content like videos you think people would like to see but may have missed, we can include them in this Blob, which many of you should be checking each day. Those kinds of things we would love to not only highlight, but maybe I’ve missed them myself. The amount of videos coming out and other things are just too much for one person to keep up with. We appreciate any help we can get.

Start of A New Month

Tomorrow is the start of a new month. October slipped by so fast and it’s usually my favorite month. Coming out tomorrow is the new Pipe Puzzle edited by Mr. Matthew Tremblay. He sent it in last month, but I was too busy to get it posted. No fear, it’s cued up and ready to go. Sharpen your pencil. This one is much easier than the last.

A Couple of Sales

Yesterday The Pipe Nook Flash Sale ended. Sorry I didn’t alert you, but you should be signed up for his alerts anyway. He’s got those PocketJars in stock. I’m telling you, I don’t know what I did before them. Actually I remember, I used a tobacco pouch, but it was prone to dry out since I always put too much in. Everything else was a Zip-lock bag. Fine for Beef Jerky, not so good for Pipe Tobacco.

Smokingpipes has the C & D Low Country Atalaya available. Who comes up with these names? Anyway, Beans316 rated it halfway between Must Try At Least Once and Great Value, Above Average. Not bad for something I might have not given a second look. Now I have to think about it. Beans is never wrong.

Pipes and Cigars has a sale on Missouri Meerschaum pipes. Also I saw a flyer that the Big Ben Phantom pipes were on sale for $80 and that deal lasts until, I think, the 7th. Don’t hold me to that. They also have the Baraccini Halloween Pipes on sale for about the same price. That’s a bigger savings than the Big Bens.

Then, of course, they have their own version of a “Flash Sale”. A bunch of items marked down for Halloween. Do they ever not have a sale? They should pick one day a year and not have a sale going on.

That’s about it. Check out the form below and let me know about any new channels or websites. Other than that, see you later.

Your form has been submitted

Thank you %NAME% for taking the quiz/survey/feedback.
We have received your answers. You can view it anytime from this link below:
%TRACK_LINK%
We have also attached a copy of your submission.

We faced problems while connecting to the server or receiving data from the server. Please wait for a few seconds and try again.

If the problem persists, then check your internet connectivity. If all other sites open fine, then please contact the administrator of this website with the following information.

Some error has occured.