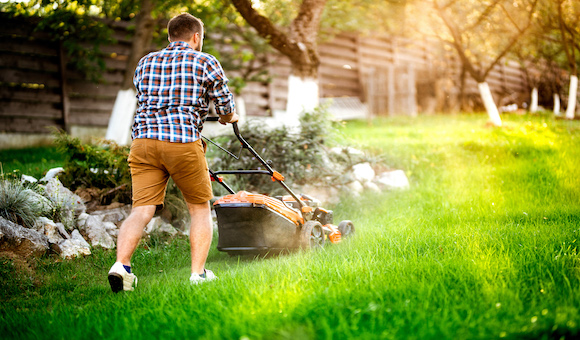 A couple times I’ve said that summer is finally here. Some false starts and a late spring that didn’t want to leave proved me wrong, as usual. But everyone is out and mowing their yards and I’m on the porch smoking my pipe. That sounds pretty official to me.

Actually, the way I’m sure it’s summer are the fishing boats. As soon as the ice is gone, the boats are in and the fisherman are doing their thing. Trolling back in forth at the sixty foot mark. Fairly close to shore, hitting the trout and salmon as they spawn. But as the lake warms up, and the water holds less oxygen, they start to head out.

When I see the boats trolling the two hundred foot mark, I know it’s summer. Despite having a tiny brain, you can count on the fish to know what’s going on. By the way, when it really gets hot out, you can’t even see the fishing boats anymore, they are way out there.

In the newsletter today, I only briefly mentioned a pipe from Tobacco Pipes Japan. It was a pretty sweet number from Satoshi Kosaka. Sounds like he should be in a Quentin Tarantino movie. It is such a slick looking pipe. I’ll link the photo in case you want to read about it.

As I mentioned in the newsletter (I think I did) we usually pick out a few pipes to sort of showcase for you. I know they are there to get you to buy one, but I like to do it just as much for learning. Kind of like window shopping.

Before I had my own shop, and long before the internet, the only exposure I got to really good watches was by going to stores and seeing what they had. I would get to see pretty cool old stuff at watch shows and things like that, but what was new and popular at the time, you had to go out and see for yourself. Feel kind of the same way about these Japanese pipes. If I didn’t put them in the newsletter or talk about them in The Blob, many people would never know what’s out there. They see the big name manufacturers and the guys who are on YouTube/Instagram because they happen to be there.

Smokingpipes does a great job highlighting artists you may not have heard of or don’t see much. They do a lot of things right, that’s one of them. But even they don’t have artists like Kosaka, Zinn or even Minoru Nagata. These artists make pipes that could stand up to any in the world.

Didn’t think I knew anything about Japanese pipes, did you? Well I don’t really, but reading about these pipes all the time and checking them out from time to time, it has really rubbed off on me.

Oh, I remember what I said. I said that the pipes that I would have put in the newsletter if I had time, I’ll put in The Blob. OK, we can do that. There are only two. One is a Bamboo Sitter and the other is a Brandy from Satoshi Kosaka (same as that guy above).

Wish I could line up everything all nice like in the newsletter. I’m sure there is a way to do it but it would take me all morning to figure it out. They are probably going to look all goofy on your screen.

That Bamboo Sitter is the kind of pipe I think about when I think Japanese Artist. When I got that Nagata pipe, I had to have one with bamboo. At least for the first one.

If you want to have an amazing pipe experience, get yourself a really great Japanese pipe, not a kiseru with a pea size ball of cigarette tobacco in it. Get a mild, but not goopy pipe tobacco. Then make yourself tea. I recommend either Sencha or Gyokuro tea. You can’t imagine how relaxing it is.

There’s another tea that I have grown to like and that’s the Monkey Picked Oolong Tea. I’ve always said it’s a big win/win for everyone, including the monkeys. They climb up there and pick the best tea leaves that are getting the best sunlight. So I get the best tea. At the same time, they get a good job. Instead of sitting around all day, scratching their back ends, and beating up anyone that looks at them funny, they have a purpose. Probably work for a few bananas a day, but it’s what they want anyway.

So there were two things I was going to talk about today, and got side-tracked taking about Japanese pipes, Oolong Tea and monkeys. The bad part is I already have a summer photo ready to go for this post. Getting the photo is the hardest part so I try to have it ready. Otherwise it would take me too long in the morning.

I wanted to talk about how the pipe grounds you, on a micro level, and taking the long way home. Both great topics, but now I’ve used up all your time and I’m probably talking to nobody.

Go check out a Japanese pipe and brew some tea. You’ll thank me later.