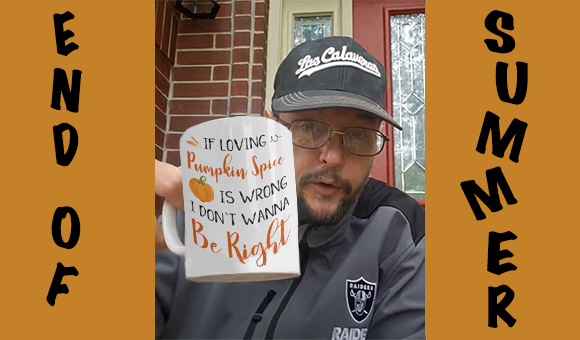 It’s been almost three months since I ditched “social media”. What a great decision. Although I have to be honest about it, I do miss a few things. I miss the back and forth with Voodoo Review. His reminding everyone of out my total commitment to HRC, the greatest leader in our lifetime. And me pointing out his love of the Pumpkin Spice, something he and all middle aged yuppy women share.

The Spurgeon Piper is another guy I miss. The good thing is he produces a lot of content on YouTube. His YouTube content is solid for any pipe smoker, both new and experienced. Reviews, lessons for those learning, and general discussions on pipe smoking. But on Twitter he would talk about other things. Proving Thomas Aquinas wrong was one of his projects. Wonder how he’s making out with that.

You can’t have more fun than watching Martin on a live show. Ignoring the technical issues, of course. I highly encourage everyone to watch when they can. One reason to watch often is because you can find out the procedure for entering his give aways. The more people understand how it works, the less times he has to explain it. What can be more intuitive than typing an exclamation point followed by “giveaway” then calculate the number of “tins” you have, and be sure to leave a space?

Just joking around. I feel bad for Martin that he has to explain things about forty times then there is always someone who doesn’t understand or comes in late. How does he keep smiling? Must be the shots.

The only obstacle I have is that it’s on so late. I know many of you don’t find 9:30 late, but I get up at 11:30. Watching means not getting much, or any, sleep. Over A PIpe is great, but maybe not quite worth staying up. At least four times a week. Something to look forward to in retirement.

This Thursday, Sept. 22nd is the official last day of summer. Good. I know this is probably unpopular, but it’s my least favorite season. Not that I hate it, but I don’t particularly care for it. All that sweating, lawn mowing, people goofing around late at night because it’s still light despite some of us trying to sleep.

I would have saved most of this until Thursday, but Monday is the day where most people join us so may as well write about it today.

Goodbye summer. Don’t let the door hit you on your way out.

The other day I saw a live stream walk through of the new Chesterton & Co. Cigar lounge in Steubensville, OH. The work they are doing is amazing and the talk of a 14 ft tall, 10,000 cigar humidor isn’t an exaggeration, it looks amazing. One thing that was mentioned was this venue is going to be friendly to get togethers. A possible location for future meet ups. I’m very excited about this project and will keep you informed.

This past week I have been making a point of watching all the live shows as I can, even commenting during some of them. By the end of it I wanted to rip what little hair is left atop my head. No matter what I tried, the videos would go something like this. Run for eight seconds, frozen screen with spinning circle for fifteen seconds. 8-15-8-15-8-15 . . . I wanted to smash the stupid computer. To make it even worse I’m almost totally exhausted and staying up late just to watch some of these. How can you not when Martin is giving away a Phil Rivara pipe?

Sometimes I just skip some of it by refreshing, so even though it takes over two hours to watch an hour’s worth of bad jokes and explaining the rules forty times, I still miss a lot of it. By the way, how come I don’t see everyone in the chat? I had tried using different browsers and even different accounts to see if it would speed things up. When I was on another account I noticed the chat was different. It omits some of the people in the chat. Never knew that happened or why.

As so often happens, the topics of the live shows ends up going all over the place. On Saturday night’s Yardism smoke n’ chat show, one of the many things they talked about was the long lost days of when radio was great. So true. It contributed to me being a shortwave listener, then ham operator and my aversion to television.

My local radio station was the famous CFNY 102.1 out of the Great White North. Even if you’re not from the area I’m sure some of you will know one of the reasons that this particular station is famous. Those were the days. We also listened to Q-107 which was pretty cool too. I’m sure it’s garbage now.

I have the equipment and the ability to start a Pirate Radio Station, but the number of listeners that would want to hear about pipes is probably pretty small. Plus why would you go through all the trouble of getting a radio and tuning in when you could whip out the phone and watch a YouTube channel?

Funny, no matter how good a YouTube channel is, and no matter how crappy an old radio broadcast was in reality, I still prefer the later. Wonder why?

Going to be a busy week, but I’ll try to keep up with the Blobs. Hope you return the favor by checking out the websites. Thanks.