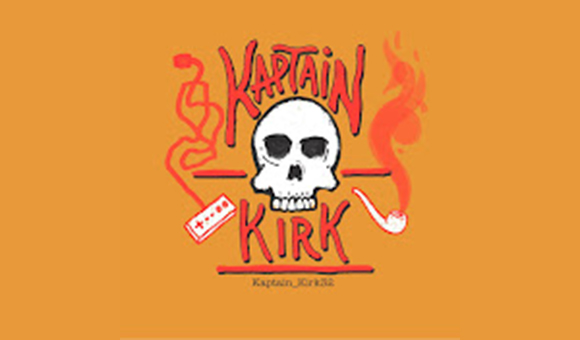 This is going to be a quick hit today. Wanted to let you know there is going to be a new Live Show starting next Saturday at 9:00 pm Eastern time. It will be hosted by Kaptain Kirk32. My spelling corrector hates it when I type Kaptain and I have to keep going back and changing it every time. Captain with a K, then O.J.’s number.

He’s got a great channel (undoubtedly because he’s a great guy) with almost 500 subscribers. It’s not going to be a weekly show, but a monthly so you’ll have to pay attention. For now he’s planning on the second Saturday of the month, but if he changes it, I’ll let you know. Saturday night is a great time slot so I hope he gets a lot of people checking in.

The name of the show is Spin & Smoke. See you there.

Yesterday I saw a list of the pipes that are on their way to Briar Blues. I don’t think I have permission to pass that info along yet, but you’re going to love it. I know a bunch of people have been asking about certain brands that are either limited or delayed by the carvers who have been behind fulfilling orders.

If you are interested in some of the lines he carries, but he’s been out of stock, this is going to be your chance. Just giving you the heads up because sometimes all you need is a little edge to score something great.

For instance, Mr. Phill Rivara is sending some of those high end reamers to put up on the Briar Blues website. But to my good fortune Mr. Rivara also put out a video showing off the reamers. Getting a jump on limited items is fantastic. Another reason you should be signed up for the Briar Blues Insider’s Club.

Now I’m not saying these pipes are arriving in the next few weeks. I’m only using this as a hypothetical. ONLY EXAMPLES. So lets say you have been wanting a Radice which have been held up overseas, that would be great, wouldn’t it? Or maybe you’re a Kaywoodie collector and you love that line of pipes, that would be cool too. How about . . . Asikyan pipes?! Everyone knows those sell out in about three minutes.

If you’ve been saying you want one of these pipes, you would be advised to keep your eyes and ears open. But like I said, those are only examples. Watch out for Mike to make a video when they come in. He usually does an unboxing and shows off all the new pipes that will be available. It might be a bunch of Corn Cob pipes for all I know. You’ll have to wait and see.

I’ve been watching a lot of live shows this week. Not just in reruns but live. It’s been so interesting. The best thing is the topics have been great. Books, TV commercials from 1981 and watching James Stumbo dig through his freezer and subscribing to everyone in sight. Fun stuff. I wish I could watch everyone’s show live.

Hope you took my advice and tackled the May Pipe Puzzle. If you beat my time, good for you. I’m so-so on the puzzles. Very rusty from the days I used to do puzzles every day.

Anyhow, just enough time to get this out and get to work. Hope you all have a great day.