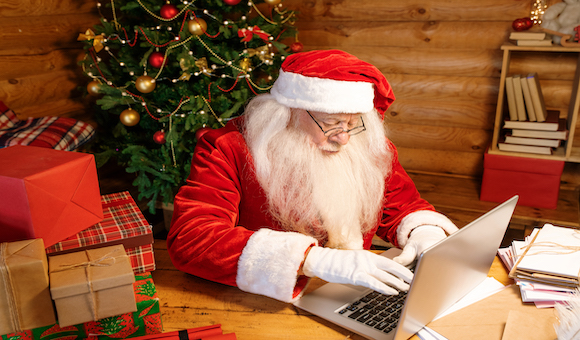 Martin, host of Over A Pipe Live has proposed a campaign called “Sharing is Caring”. A call to people who create pipe smoking content to share the links to the kind of content and channels they enjoy, including the lives shows. A way to spread the love.

There are many ways people can get involved and help those producing content to broaden their base. It’s important to help spread the word, since doing it on your own is almost impossible.

There are people who Retweet, share to their Facebook, Instagram, Reddit. They also mention it within their own videos and articles. I have often mentioned that search engines, and that includes the YouTube algorithm, are not friendly to pipe smokers. Especially since they almost require to flag your own videos as adult content.

We Do What We Can

The Briar Report used to embed videos, but that is no longer possible. I can put links to things in articles and in the newsletter, but only 19% of the people click on them. Which is high compared to the industry average, but it’s still low considering it’s a small audience to begin with.

Martin said that the way around this is to figure out a way to not play the game. Make our own game, with our own rules. If YouTube won’t promote pipe smoking channels, we will do it ourselves. Much harder to do this way, but possible. We all just have to be open to helping out. I understand that when one writes an article or puts up a video they are mostly concerned with their own content.

But even if you took one minute to introduce people to content they might not have known about, or promote some upcoming event, like a live show. That single gesture could really mean a lot to someone who is working very hard, but spinning their wheels.

I feel like if we did this in the YTPC the growth potential is amazing.

It’s the equivalent of that side bar on YouTube with recommended videos. Why rely on the nuts at YouTube to tell me what I should watch next? I’d rather listen to Mr. Parsimonious Piper, Briar Blues or All Briar’d Up. The people who interact with them are the ones who are going to be watching pipe smoking videos anyway.

What is really hard to do is break out of that circle to reach an even bigger audience. But the thing here is that each one of those channels or websites has readers or viewers who may not know about one content creator or another. Mentioning a channel might open that one door that could cause a channel to take off. You never know.

Which is odd since almost all the interaction has been on live shows anyway. Martin has done a ton of things to promote the live channel, across many platforms. But how much can one guy really do? How many of those original subscribers who didn’t switch over even know he’s still rolling along?

It’s not only about subscriber counts. What makes a difference is engagement. You don’t have to tell me that everyone’s life and schedule are different. Makes it tough for someone doing a live show. But going back and watching the shows in rerun also helps out. It’s easy to catch a Spurgeon Piper video because you can watch it when ever you want to, but that does’t mean you can’t do the same for a live show. I understand that some of the content has a shelf life, but watching in the following days is usually pretty fun.

Of course, if you can watch live it’s even better!

You Have to Do Most of the Work Yourself

Having said all that, people can help bring viewers to your channel, or readers to your site. But it’s up to the content creator to keep them.

Martin has come up with a way to reward his viewers. Especially the ones who take the time to become active participants.

He has been doing a selective members list for Esoterica and Germain drops. What he does is sends out a text message when he comes across a drop from one of these manufacturers. This has worked really well, but it is short lived. After sending out 3 or 4 rounds of texts, people have filled their cellars and are not as interested.

If that’s the case refer someone you know that would love Esotericas and Germains to Over A Pipe. They can watch the show and work to get on the list as well. It’s a great service you can share with your friends. Eventually they can also benefit from the tips that Martin sends out. Otherwise people just horde what they can get and sell it for sickening prices on the auction sites.

There is more than enough to go around. To be honest it might be the best deal in the YTPC to get Esotericas and Germains. One doesn’t have to pay 3rd party prices and some have told me they have been on lists for years and never gotten anything. That’s just crazy.

Let Martin know if you have an interest in being on the list as well. He gave me a little information I hadn’t known about concerning those notices.

“I’m looking at simplifying it in the future with an app so I can break out the messages in groups. Though its still in the research phase. Of course to be on the list they have to participate in the lives even if it’s only watching and then also continuously attend between drops. This will weed out those who want to participate and engage in the YTPC, and the ones who are just there for the drops. Once removed it’s much harder to get back on the list.“

The key thing here is Martin wants to really reward those who are engaged. Not just someone sniffing around to find out about Esoterica drops. He’s building up a little community of his own around these live shows. You would be surprised to see the people interacting during these shows. Especially since he has a system in place where you can control sound effects, bet on things and even get in on drawings.

All this didn’t happen overnight, and it all hinges on participation and growth. You can have an impact on both those things, directly and indirectly. By watching the shows, and by spreading the word.

That brings us back to the original idea that Martin proposed. Sharing is Caring.

Basically a social media share campaign to spread the word of the Christmas Events and the Drop List. If you have genuine interest in shows like Over A Pipe Live, share it. Even if you’re only a lurker on his show, like I am. Personally I don’t have any interest in being on an Esoterica list, but I know plenty of people who would love it.

There may be people reading this that have never sat in on a live show. Think about taking an hour or so on a Friday night and join in. You may have such a good time, you will hit that subscribe button.