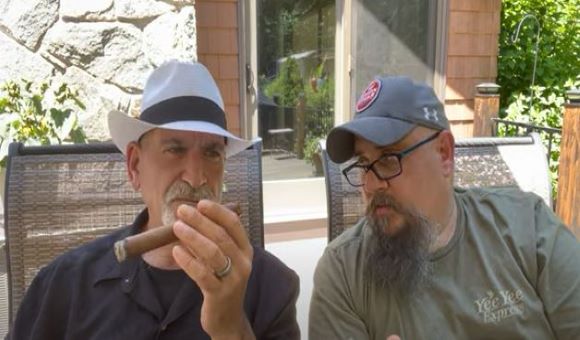 It doesn’t get any better than watching Sargent Savinelli and Ghost Cob sit down for a cigar and chat. Smoking some Cuban sticks and talking about all kinds of stuff. It sure made my week watching them. One of the best parts of the show was them talking about some guys I haven’t heard from in a while. Had a giant smile on my face the whole time I was watching. Might watch it again.

Mr. Peter Piper NYC has a new video out about the Las Vegas International Pipe Show and Buffet. I know a lot of people are heading that way, which is a good thing to see. I just know people are going to have a great time.

Speaking of Peter, the statuettes he made for the Pipe Week Awards are on their way to the Briar Report headquarters as we speak. As soon as I get them in hand, I’ll package them with the official certificates and get them out to the winners. Sorry everyone couldn’t get one, but then there wouldn’t really be “the best” at something. At least in our opinion.

I’m going to make it quick today, but Eddie Gray from The Pipe Nook put out a video answering a customer’s comment about filtered pipes. Specifically 6mm filters compared to 9mm filters. There is some really useful information in the video. One thing that he said that I’m not sure about is that some people don’t smoke the last 1/3 of the bowl. Is that true?

I can’t imagine just tossing out 1/3 of your tobacco. It’s like throwing in the garbage one out of every three tins you buy. Now, something might come up and you have to cut a smoke short, but that’s an exception. If you are smoking nice and slow, there isn’t that much of a difference between the bottom of the bowl and maybe the middle.

The beautiful thing about a pipe over other forms of tobacco is you can choose how much you want. You can buy smaller cigars but they taste a little different depending on the size. But pipes you can pack as much as you want. Only have half the time? Pack 1/2 a pipe. Or better yet, use a smaller pipe. The combinations are almost endless. The only thing I can’t understand is throwing out 33% of your pipe tobacco.

Anyway, check out what Eddie has to say about filters. He’s what you would call, an expert in the field.