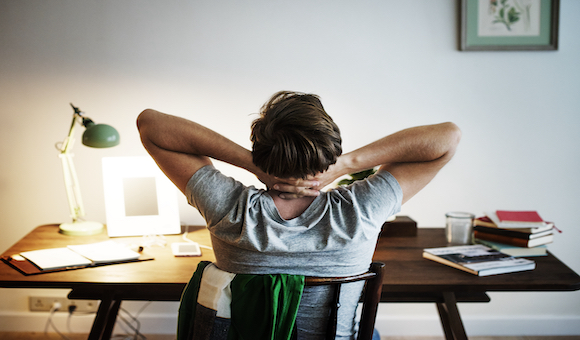 There was a good amount of feedback from the item in the last newsletter about spotlighting new content. Seems like people are wanting such information. I appreciate the notes and it makes me want to proceed on the project. If it’s well received, might make it a permanent part of the website. For now I’ll just design and put up a page every month or so that will round up all the content people are looking for. New YouTube channels, new podcasts and webpages. If you see something like this that you think needs any attention, let me know.

One resource we already have is Mr. Parsimonious Piper’s New Presenter series. I regretfully did not mention it in the newsletter, but that was meant to be a short announcement, not really getting into the meat and potatoes of the subject. Even so, it was a good example I missed.

Items like this will certainly be added to our informational page as we go along.

This Is Not A Review

I’ve been trying out the new, to the US, Charaton Rolls. I was anxious to check it out because it was said to be a replacement for the Peterson, nee Dunhill, DeLuxe Navy Rolls. If that’s not enough to get my attention, nothing is. I went into it with the idea firmly in my mind that I don’t want to see how close it is to the Peterson, but how it stands up on it’s own.

Also wanted to start seeing what other people thought about it. Mr. Beans316 was the first I saw and his review came out this past weekend. I won’t spoil his review before you watch it, but my experience is going to be very similar although I’m still on the fence about the blend. I think I may like it. Sort of.

First let me say I’m not a big practitioner of “drying out” the pipe tobacco. I’m a pretty much an open the tin and smoke it kind of guy. You get what you get. I’m not making Baccala, I’m just smoking my pipe. I know sometimes it does matter, but normally I don’t see any difference. At least enough to make it worth my while.

To me it seems like the little time it sits out doesn’t matter and in the case where it’s in a pouch too long, it’s dried out worthless dust anyway.

I’m skeptical of the guys that say, “let it sit out for five minutes”. Maybe they are right, but I’m not sure they aren’t fooling themselves a little bit. What do I know?

So I opened the tin and wasn’t all that impressed at first. I know I said I wasn’t going to do a direct comparison to DNR, but it’s hard not to. Especially for me since that is my No. 1.

The presentation left me underwhelmed. At first I thought the paper seemed a little cheap. It was more wax paper than the crisp white paper I’m used to. Keep in mind old guys don’t usually like change. Maybe the waxed paper will be much better in the long term, I’m totally open to that.

Then when I opened the paper it looked like somebody cut a circle out of a garbage bag and put it over the coins. I sure hope I’m not being unfair. Is it even cool to be criticizing such things or am I being to nitpicky? Please don’t let something like that deter you from trying it, it’s only my observations. Fair or not.

The look of the coins reminded me more of Peter Stokkebye’s Luxury Bullseye Flake than the Navy Rolls. Other than the look, the smell of them was much closer to the Navy Rolls. That was super close. The look of them, or even the presentation, doesn’t mean that much to me anyway since they are all going to be rubbed out at once and put in a sealable glass container. Which I promptly did.

Put aside enough for a couple of bowls and got right into the heart of the matter, how did it smoke and taste? It was good. On the OK side, not the fantastic side of good. It smoked very well although a tad bit hot. I had bought a new pipe just for this blend so I was also being careful not to go too fast. That turned out to be good since every time I went a tiny bit fast, there was a little jab at my tongue. Something a little sharp that I didn’t like. Just a guess, but I was thinking that what ever they put on it to get that DNR smell was effecting the smoke.

To be honest, I was really on the fence whether I even liked it or not. But something came up and I had to leave. The next day I saw that tobacco I had left out for the second bowl the day before. I know, rookie mistake, should have added it back to the jar, but it was too late. It wasn’t dried out so I packed it and lit up.

That second bowl was much better than the first. It really made a difference. Although the same thing happened when I went too fast and got that sting, the taste when it was sipped was a lot better. It was an accident to discover that, but the blend is a very slow smoker. The slower the better. Should you have to worry about things like that? I’d say it does take away from it a little. I don’t want to have to sit tobacco out for a long time. I should smoke slower anyway, so that part doesn’t matter.

Overall I’d say I like the blend, but it’s seems finicky. Since everyone has different tastes, I’m sure some people will love it. Reminds me of Elizabethan Mixture. There are people who love it, but I find that there is an underlying taste to it that I don’t love. It’s one of those blends you will have to decide for yourself.

Don’t go by me. I don’t review things. I love anchovy pizza which Martin seems to think is disordered, so keep that in mind. I’m going to bet that we will see reviews all over the map on this one. For now, I’d say I’m in the Bean’s corner. Can’t wait to hear what other people think.

Sonny The Piper’s latest video discusses the need for a PAD hotline. Similar to disorders like gambling and the excessive love of homemade Italian wine, affectionately know as Dago Red. Sonny didn’t realize that there is currently a website set up just for that exact problem.

When the urge to buy a new pipe comes across you and you don’t have a sponsor to call, just hit this link and it will ease all your troubles. Dr. Mike is an expert in this affliction and is sure to have exactly what you need. I use this service often and feel so much better afterwards.

Smokingpipes has a deal going on where you can get a free Gawith, Hoggarth & Co. branded tobacco jar when you spend $40 or more on GH&Co. blends. I normally don’t steal photos off people’s websites but in this case I’ll make an exception since I’m giving them a free ad.

Although it’s not why I’m sharing it. I am because it’s something I thought that would interest you. Having a bunch of different tobacco jars around is nice, and when you can find a branded on, even better. Being free is just the icing on the cake.

Of course the blends I’d order are out of stock, but that just figures. They have a lot to choose from and $40 is a pretty low bar. Something to think about.