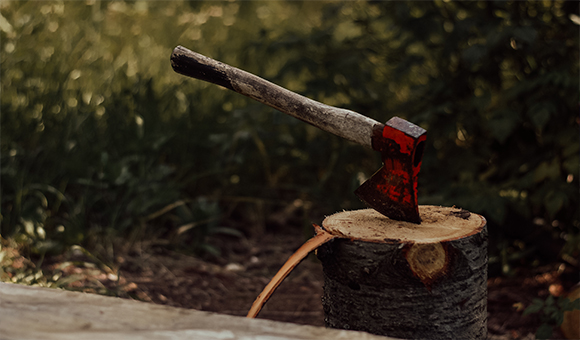 Been trying to keep little notes so I have something to say in the Blob, which I’ve also done with the newsletter. Now I’m getting them mixed up. There were things I wanted to put in the newsletter yesterday, but forgot. I’ve got too many things I want to say here but I need to keep it short and sweet or else the few readers we have will be gone. Not saying you have short attention spans, but I’m just going by what I would do. Don’t mind spending a few minutes a day but if it turned into a half an hour, different story.

Then to make it worse I have plans for the next day and something pops up and plans change. In a way I like that because it ensures the Blob is timely. On the other hand, I don’t want items to fall through the cracks. Like my new theme song.

Anyway, Mr. Tree Top Piper is back! Oh man did that knock me off my chair yesterday morning. I was so stunned I went and pulled the newsletter out of the queue just so I could add it. That’s rare because it’s so much of a hassle. But it couldn’t wait until next week.

Why am I so excited? Because I’ve always said that Tree Top Piper is by far the best pipe tobacco reviewer. I realize everyone will have their own favorite and that’s good, but he is mine. It’s important to find someone with similar tastes. A couple years ago we had an article on that very subject which I put up again yesterday. You can find it on the magazine’s home page. You will see I’m not making this up. I’ve been saying this for a long time.

Not making fun, but there are some reviewers that have big reputations and I wonder why. It’s not just a difference in taste. They would review floor sweepings if they could. There comes a point when someone has cranked out so many reviews that you have to wonder if they actually smoked more than half a bowl. The reviews are so long and detailed I think there’s a good chance here that they are phoning them in.

That may be an unfair assessment but I can’t help thinking that way.

Tree Top Piper is almost the exact opposite. When you look at him and hear him talk, it’s so unassuming. He comes off as just a guy that you’re sitting around after work, smoking a pipe with. But besides that, the guy has a very sophisticated palate. His reviews are nuanced and detailed, he’s not just making things up to sound like an expert. I think he actually is an expert that sounds like a regular, humble guy.

He spends time with the tobacco, smoking it all week long. Using different pipes (which he’s also very knowledgeable about, by the way) and checks it at different ages. The way serious reviewers should be doing it. He will even come back months later and revisit blends to double check and refine his thoughts.

Often he pulls out tasting notes that when I hear them I think “that’s exactly right!”. Things I couldn’t put into words and he nails it.

The best part for me is that his tastes reflect my own. I’ve never been steered wrong by him. If he recommends a blend I haven’t tried, you can bet it’s on my next order.

Let me tell you how much his opinion means to me. If I watch a lot of reviews touting a blend, even if the high profile reviewers say a blend is great, if Tree Top Piper says to take a pass, the chances of me getting it are zero.

When he stopped making videos I was worried because it was right after his accident and I hoped he was OK. I was also dissapointed since he was my go-to reviewer. The No, 1 guy. I love to watch other people’s videos, even other reviewers, but Tree Top has always been the gold standard in my book.

What’s really funny is that he smokes like a chimney, even smoking cigarettes (don’t know if he still does). You would think his taste buds would be fried. It just amazes me how polished his reviews are.

I hope he sticks with it. Even if his schedule only permits him to put out a video every once in awhile. It’s better than waiting years in between.

If this is not a good sign for the new year, I don’t know what is.

It’s understandable if you don’t agree with me, but I imagine you will feel the same way about another pipe tobacco reviewer. If so, let me know. Who do you think is the best? I’ll gladly mention them and give them the same opportunity to reach more people. I have a feeling that the really good reviewers don’t get anywhere near the following they deserve and the ones that everyone can name aren’t really all that.

Has it been three minutes yet? Sorry.