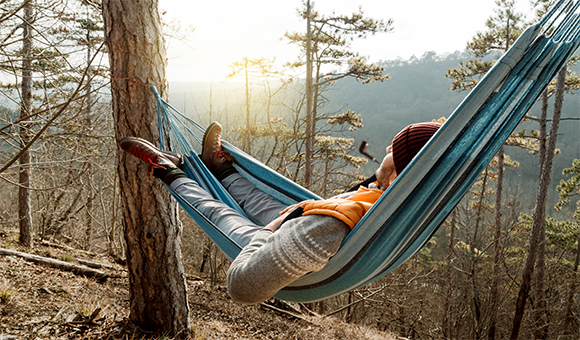 What better subject to contemplate while smoking your pipe, than pipes themselves. Might only be me, but it seems in the past few years that pipes have taken a back seat to pipe tobacco. To me they should go hand in hand, but not everyone thinks like I do. Thank G-d.

I agree with Relaxed Piper when he said that he’d like to see more reviews on actual pipes, not just tobacco blends. Often thought about that exact subject, as I love it when people talk about their pipes. It’s a tough thing to review because unlike blends, there isn’t as much to talk about. But if someone really thought hard about it, I’m sure they could come up with a very compelling review. I know I could talk about individual pipes for hours. Well, maybe not hours, but for a long time.

There are Pipe Tobacco guys and Pipe guys. No doubt that there is a ton of cross-over, but usually people lean slightly one way or the other. I’d say I’m more of a pipe guy. Might be because I’ve really settled into the handful of blends I love and could live the rest of my life without trying anything new. Not that I would want to, mind you, but I could.

Let me say it this way. When you reach a certain level of the quality of a good pipe, you really start to appreciate that aspect of the hobby more. It might be different if pipe tobacco blends were few and far between, but they are not. Much easier to find a tobacco blend you can enjoy for a long time. Finding that perfect pipe for yourself takes a little bit of work.

Did Martin Do The Puzzle?

Was happy to see that Over A Pipe Live‘s, Martin, found the new Pipe Jumble interesting. Wonder if he solved it. He’s starting off the new year on fire. Somehow he knows more about what’s going on than I do. Don’t know where he gets the time. Especially doing four shows a week, including the big Friday extravaganza Let ‘er Rip show. I should just go ahead and retire so I can watch it live every week.

I’ll remind you on Friday so you don’t miss the show. Or you could subscribe and hit the notification. It’d be much easier for you, but who knows why people do or don’t do anything. While you’re sub’n people, hit Relaxed Piper above, his channel has grown pretty fast in the last couple of months, and for good reason.

Did you do the puzzle?

Today’s sponsor is the fine folks at Tobacco Pipes Japan. Did you get one of those free Samurai T-shirts during the Holiday special? Great deal if you did. If not you will just have to order one separately next time you are shopping there.

I do want to say something about the artisan pipes available on Tobacco Pipes Japan. You will probably hear me say this a million times, but there’s nothing like having one of those pipes in your collection. It goes way beyond something to smoke your pipe tobacco in. I have two, maybe three, pipes that I will just get out and look at. Pipes so well designed and made that it just amazes me. My Minoru Nagata pipe is one of them.

It really can’t be compared to any other pipe and is truly one of a kind. Just looking at the pipe brings me joy. I wish everyone can experience the feeling with at least one pipe in their collection. If you might be interested in taking your collection in that direction, head over to Tobacco Pipes Japan an just look at some of those pipes.

With all the recent bans on selling flavored tobaccos, and the claim that it protects kids, it got me thinking. I’ve heard something interesting on the radio campaigns from pharmaceutical companies selling cold medicine. I better not mention any names because they have ten thousand lawyers working for them with nothing to do all day except watch Tick Tock videos and sue people.

Let’s just say we are talking about a nighttime sniffling, sneezing, coughing, aching, stuffy head, fever, so you can rest kind of thing. They have a batch of that snake oil made just for kids. On the radio ad I heard they touted that it had a great flavor that kids love.

Did I hear that right? They add flavoring to appeal to kids. Get them hooked on medication at an early age I see. Next thing you know they are buying OxyContin and don’t feel like working anymore. Great!

Tobacco isn’t even allowed to be sold to people under 21. This swill is meant for toddlers. Medicine should taste terrible, so kids won’t want it. It should be just tolerable enough that you can force it down their throat. Not taste like soda pop so they are nipping at it when you aren’t around. HELLO! POLITICIANS! Get your head screwed on straight.

Before I leave today, I wanted to let you know that the annual Country Squire Middle Earth Tobacco sale is now on. It’s always on the week of J.R.R. Tolkien’s birthday, and as you know that was yesterday. I know there is a lot of Old Toby fans out there, but when we ran through the series with Padre Piper and Mark V.V., my picks were Bag End and Green Dragon. 10% off, you can’t go wrong.