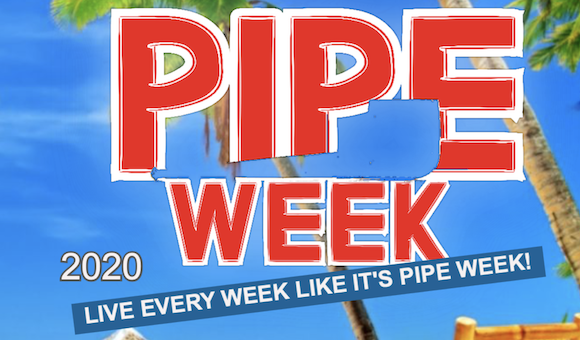 Good day and welcome to Pipe Week. Pipe week was started in 2020 to celebrate all things tobacco pipe related, but being the first year we did not expect there to be very much content. It was our hope to lay the ground work for the event so that people could see what it’s all about and possibly encourage them to participate in future years.

We were pleasantly surprised when the videos people made started to come in much quicker than we anticipated. With several just on the first day we thought there might be a lot more initial interest than we thought. What a great sign. It seems like people are really liking the event.

Instead of going over how Pipe Week got started, why not just show you a video put together by Boca To Boynton explaining just that. He can do it better anyway.

We can, at this time, verify that the events described by Boca To Boynton are as close to the truth as anyone is ever going to get. In fact, the account is quite accurate. Minor details and talk of top secret upcoming events were left out. We will also neither confirm nor deny that one of the main topics in the Saturday Staff Meeting was Padre Piper and Mark V.V.

Running with the Ball

Once the ball was in motion after the June 20th issue of the BRTV Guide, many channels right away began to release Pipe Week content.

Yardism was one, if not the, first to produce a video. Talking about his personal workhorse, the Missouri Meerschaum Country Gentleman that is recognized all over the world. I had a fishing lure like that once that was just a monster. Caught fish left and right no matter where I was or what the conditions were. There was something special about that lure. Then one day out of fear of losing it, I decided to retire it forever. The thought of its loss was too great compared to the joy one more fish might bring.

The chances of loosing a pipe is much lower, but The Workhorse, has earned a place in Pipe History. Great care must be used to protect it since its status is now much higher than just a simple cob.

One of the biggest surprises was the return of Flat Cap Piper. Not that he was really gone. He was in the midst of a complete move of his home which included his entire pipe collection, and we think his family as well, to Florida. This major undertaking has not left any time to produce any new videos for the YTPC. His room note series with Lady Briar spawned a whole genre of videos, but none could match the original.

To our great joy, Flat Cap Piper ended his hiatus just for Pipe Week. He has produced a Top Five list of his favorite pipes and is doing them as a countdown, releasing a new video each day of Pipe Week.

This is the first video of the series. We encourage you to click on his channel when you are done and watch the entire countdown yourself.

It’s so wonderful I want my entire house to smell like that.

If you are watching Shark Week instead of Pipe Week, just know this is the kind of monster that is lurking in the deep, ready to come out and tear you to shreds.

The chances of you being torn to bloody bits during Pipe Week are slightly less we are happy to report.

One of the undisputed stars of YouTube and the YouTube Pipe Community is Dale Piper. He made a video discussing his own experience with Blakemar Briars, of which he owns several. The Blakemar Beast, Bertie, a UK Pipe Club Pipe of the Year, plus many others. He also give a little background into the brand which is wonderful for those not familiar with the Blakemar Briars.

Tobacco Pipes International (TPI) not only put out a special video for Pipe Week but decided to jump in head first and is holding a special give away. A special thanks goes to Mick at Dublin Pipe. The contest runs right up through Pipe Week so if you are reading this in time you can get an entry in, the cutoff will be the 28th of June. Watch his video for a complete set of rules.

This is not the end of the article. We didn’t want to wait until the end of the week to publish it so we are putting it out now, incomplete. As more content comes in we will add it on this page. If you have anything you would like to see us include please email us at editor@briarreport.com. Be sure to check back for updates.