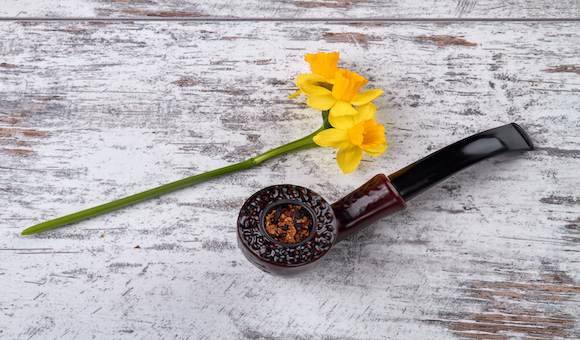 How is it possible to get behind a day and a half, but when you look and see what has to be done you are really about five days behind? HOW?

The newsletter was quite sparse yesterday. Mostly because not much is going on but also because I assume most people are like me and if I started to pad the newsletter with stuff just for the sake of adding to it, people would unsubscribe. I’d rather have a shorter newsletter than waste people’s time. I’ve had enough people unsubscribe lately, I don’t need to give others a reason to do the same.

I have almost completely stopped commenting on YouTube videos. It’s sort of goes along with my jettisoning Social Media. I’m still on the fence on how I want to handle interacting with people.

No matter what, I have to be careful. I had a really good idea yesterday and wrote it all down so I could share it today. Then this morning when I sat down to type it out I realized it was the stupidest idea I’ve ever had. What was I thinking? So many people would end up mad at me. Thankfully the idea stewed overnight and gave me a little clarity this morning. Although, if I really wanted to spin people up, I have the perfect plan.

Many subscribers to the weekly newsletter do so from a work email. Understandable. They take a little time at the office to check out Briar Report. I’ve always noticed this phenomenon. It’s one of the reasons I hesitated switching the release time to afternoons, I’ve always thought that right in the middle of the workday when people are hiding from their boss is the perfect time.

Anyway, because people use their work emails I often get that bounce back when they go on vacation. They set their email notification to alert the sender that they are away. The email ends up going to my personal email account, so in the summer I get a big handful of those automatic replies each time a newsletter goes out.

I love it! First of all I’m sure people don’t intend for me to get that, it’s the last thing on their mind. There is something fun about knowing that somebody I don’t really know is going on vacation. Hopefully to have fun. I wouldn’t say a complete stranger because we are linked in a small way by them subscribing to the newsletter which I tend to mix personal and business. Especially if I found out they read The Blob.

But there are so many subscribers I couldn’t possibly know every single one. I see names I’ve never heard before and wonder who they are. People who I’ve never had any personal contact with, but who get the newsletter. From all over the world, like Japan. They probably subscribe because of Tobacco Pipes Japan.

The emails come in all forms. Foreign languages, some general and some detailed. I like it when it says that if I need anything to contact Pepe, or whomever. Of course I’d never really contact Pepe, what if he were a tyrant boss and I got someone in trouble? I would like to send out a note wishing the person a happy vacation but it would just get bounced back too. There’s too many of them to send them a note after they come back, although I should pick a couple and say hi. Especially to the ones I’ve never heard of before.

I have no idea who they are but am hoping they have a great vacation and enjoy their time away from work, even though they are not getting the latest pipe smoking news and information. If I had some mobile, on-the-go, type app I’d have them covered, but all they have is checking here everyday which is highly unlikely.

Last week I had mentioned that The Virtual Pipe Club was back on track for their weekly meetings. And of course, I forgot to add it to the calendar I sent out. If you like to attend those meetings you can find them at the following time;

Picking and Piping Matthew alerted me to the release Smokingpipes put out about their Christmas blend, Jolly Old St. Nicholas. It will be coming out on Aug. 23rd. This is one blend I’ll be lining up for. It has a special place in my cellar as I thought I’d never see it again. Currently I have two tins and thought it might be the last two I ever owned.

When it came out two or three years ago it was right when Padre Piper was having a give away. I helped him out and we gave away some Peterson Pipes (shape 999 Christmas Pipe (I think)), and tins of Jolly Old St. Nicholas. Having tins all over the place I cracked one open to try. It tasted like nothing. It was so flat I remember telling Padre it’s hard to describe because I don’t taste anything. But by the end of the tin I was in love with it.

I’ve really taken to mellow blends in the past several years. After smoking a bunch of that blend I started to pick out all these subtle flavors. It was much more complex than I thought. The taste of Orange started to really come out for me and there was a bit of ginger. It turned out to be my favorite Christmas blend. I thought between the way they release blends and the deeming regulations there was a good chance I’d never see it again.

Because I’m a stickler for names, I won’t smoke something out of turn if it’s labeled seasonal. For example I won’t smoke Autumn Evening unless it’s Autumn. Same goes for the Christmas blends. Once they named it Jolly Old St. Nick it limits the time I’ll smoke it. On one hand it stinks, but on the other it makes me look forward to it, which probably make me like it more. The good news is I have the entire Octave of Christmas. That’s good enough. Although, do I dare take it all the way to Epiphany? If I just used Advent it’s too short, taking it to Jan. 13th is not really cheating.

Am I looking for loopholes in the Church Calendar just to extend the period I can smoke a certain pipe tobacco blend? When I say it out loud it doesn’t sound good. I better check with an expert in the field. I can’t ask Padre Piper, I’ve asked him too many stupid questions lately he’s going to think something is wrong with me. I need a Pipe Rabbi to answer all my pipe smoke moral questions. Know of anyone? Maybe I’ll ask Pepe.