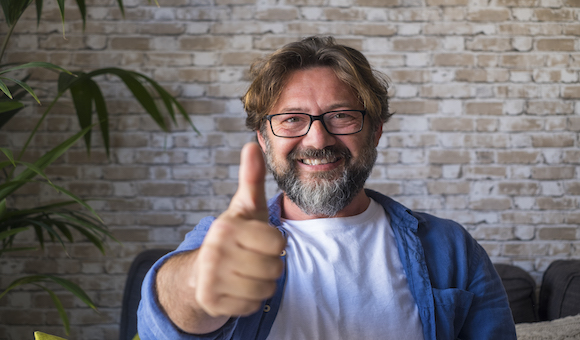 What a week, last week. Added much more content to the websites than normal. Many news stories on the main site, and a few new things here as well. It all paid off as we got an additional six readers. So worth spending all those hours.

Friday morning, Scott from Aristocob put out an announcement on the community page of his YouTube account. I’ll reprint it here for maximum exposure.

No, we didn’t go out of business… We’ve received a few messages asking what has happened to www.Aristocob.com and if we were shutting it down. No, what is happening is that Jandy and I are both going through our first bout of Covid-19, so we’ve decided it was best not to handle pipes while we recover. For some reason the platform we are using doesn’t allow for us to put the site on “vacation” like our last one, so what you see it the best we can do to pause sales. Thanks for your concern. – Scott

The 12 Days of Christmas

Starting on December 23th, Robert who is enasdad on YouTube, will be doing the 12 Days of Christmas. Much more interesting than that boring song with Maids a-milking and Lords a-leaping. What the heck is up with that? Robert will be talking about pipes and pipe tobacco.

He may have bitten off more than he can chew, we’ll have to see. I suspect he will be quick off the blocks, but by day six will slow down. By day nine he will curse the jerk who wrote it. When day twelve finally comes he will be the happiest guy in the YTPC. Mark my words.

Doesn’t the Twelve Days of Christmas start on Christmas Day? Too lazy to look it up.

The newsletter is out today. If you want a free subscription, just click here. Not a ton of info this week. It’s the calm before the holiday, so to speak. The week before is too hectic because of all the people who put things off and are in a panic. Next week will actually be nice. Far enough into December so it seems like Christmas but not close enough to cause anxiety.

The week after is also usually nice. I guess it depends on the family and the traditions they have. I quit caring about Christmas being a holiday, other than the original intent of it, about 30 years ago. One of these years I might go all out and see if it’s all that it’s cracked up to be. Have a feeling you can never recapture what it was when you were younger.

Maybe I should lean out the window and toss the neighbor kid a twenty. Tell him to run to the store and get me a Turkey sandwich.

The post put up on Friday was a good reminder from Martin that we all should be promoting each other. I know if you have the same people watching, listening or reading, it might not seem useful. But I can tell you, usually people need to see, or hear things six or more times before they act on it. It’s why I seem so repetitive sometimes. I know if I just put a link to something in here, almost nobody is going to click on it. But if I keep talking about it, eventually it will start getting some action.

You don’t need to turn over your content to promoting everyone else. Especially since I know what you really want is for people to watch you. But if you do enjoy someone else’s content, don’t be shy in mentioning it. Don’t just tell people to watch, tell them why you like it. I’ve been convinced to give channels a second look when I’ve already moved on.

Nobody can watch everything, and getting a heads up when interesting content is being produced is nice. I know I really appreciate it. Heck, that guy you’re promoting might even think of you and return the favor. You never know.

There can be no doubt how hard some guys work on their content. Martin being on the top of that list. Even if you don’t much care about being on an alert list, you can still appreciate the work that goes into doing it for the people who would benefit from it. I also like it when someone thinks outside the box and does something nobody has done before.

You can try a hundred things and maybe only two have legs, but you wouldn’t have those two unless people risked trying out those hundred. It’s so easy to sit back and criticize, especially the ones who wouldn’t take those risks themselves in a hundred years. They are expert on sitting on their rears and Monday Morning Quarterbacking.

By the way, I’m not knocking anyone who doesn’t want to do things like Martin is doing. Everyone is different. I’m just trying to say we should encourage those that do want to produce something for ourselves. It only happens with our encouragement.

The new Smokingpipes background pictures are out. I started using those on my computer a long time ago and really appreciate them. It’s only fair that I give them link. Their pipe photography is second to none. Just amazing.

On the News Website, I’ve linked their Christmas Gift Guide since we didn’t do one this year. Come to think of it, we never do one. Probably should do that one of these years. I’ll have nothing on it but pipe cleaners.

By the way, they also have a Cigar Gift Guide as well. Since none of my advertisers sell stogies, may as well give you a link to that as well. Man, there are some nice things on that list. I had to jump off quick before I bought something. It’s going to take all my will power not to go back after I’m done writing this.

I guess the theme for today is appreciation. For the people who put out the content we love. The retailers who make getting the things we want so easy and relatively cheap. And all the people who read my tripe. You don’t have to come here, but you do. Our successes are often not measured in numbers but in the appreciation of those who we interact with. In that regard I feel very successful and appreciate all of you. Hope all those producing content themselves know that a lot of us appreciate it, no matter now many subscribers you have.

Now go have a good day and read the News the next time you’re smoking your pipe.