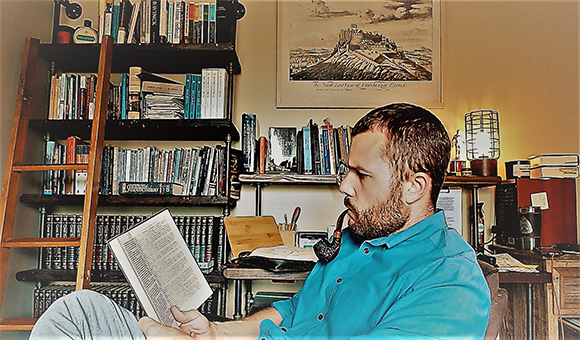 Your colleagues question it. Your family is concerned over it. Your church frowns upon it. But it’s been around for a long time, and gentleman, even some women, have gotten a lot of enjoyment from their pipes.

Pipe Smoking saw a bit of an up tick in the 1970s but Cigars became the craze in the 80s and 90s. There has been a bit of a resurgence of pipe smoking over the past two decades or so. From my young vantage point, it seems pipe smoking grew in popularity since the early 2000’s. It has brought forth further inquiry about the health of the hobby. And though we may be tempted to enter the fray of the issue with a defensiveness, it is a fair concern. Since the war on smoking began in the 1950’s, our attention has been diverted to the health concerns of cigarette smoking, and certainly for good reasons. Yet with the risks being brought to light on the dangers of cigarettes, fears arose of the risks of cigar and pipe smoking, and for understandable concerns. For most of the general population, smoking is smoking and tobacco is tobacco. There is no distinction between a Marlboro and a cigar. A Pall Mall and a pipe.

Most of us who have grown to enjoy the leaf would want to argue against that premise and I believe we can confidently do so. This summer, my goal is to approach the topic with clarity, grace, and well-informed input. To begin this endeavor, I had the pleasure to interview Dr. Gary Wease, who is not only a trauma surgeon but a gentleman who enjoys the pipe as well. In our interview, we discuss the health risks of pipe and cigar smoking, the distinctions between of cigarette smoking, and the precautions we can take. In the near future, I’ll be releasing videos with further information on the matter as well as recommended steps we can take to promote healthy enjoyment of the pipe. Whether it is a subject you are personally wrestling with or a loved one is concerned over, I believe the evidence points in our favor, even with a solid understanding of the risks involved. After all, are there not indirect benefits of this peaceful hobby? As author Bill Vaughan states: “Pipe-smokers spend so much time cleaning, filling and fooling with their pipes, they don’t have time to get into mischief.”

The interview with Dr. Wease can be found here.

Wilson Marsh is the host of “The Spurgeon Piper” Youtube channel. He is a pastor, seminarian, and a husband/father to his beautiful wife and three rambunctious children.