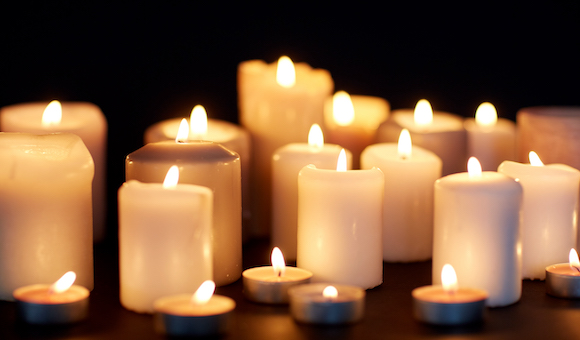 It’s a rainy Dec. 12th and to paraphrase Melville, it’s rainy in my soul, too. Yesterday afternoon I got a call from Chance Whittamore, pipe restorer extraordinaire, that Paul Perri died. Paul was just shy of 101 years, but a loss like that is always deeply upsetting and thought provoking. Let’s start with something that both Chance and I believe…nobody, living or dead, had the combination of pipe knowledge, depth and breadth, that Paul did. He might not have been the greatest carver ever (and more on that later), but maybe because he didn’t care to try…he was extremely modest…but what he knew about pipes, pipe repairing, pipe making, pipe history, was immense. Let me give you one example. I had in his presence a no-name pipe, unsmoked. It was nice briar, but more than that, nothing could be known, or so I thought as there wasn’t a single letter or digit of nomenclature on it. Difficult for me to know about, easy for Paul.

He looked into the chamber and saw the chuck marks and proclaimed the pipe to have been made by Charatan. “How the hell do you know that,” I asked? “Easy,” says Paul, “I know what their chuck marks look like.” Yeah, easy. Factories, turning bowls, each had their own chucks to keep the bowl in place on the lathe and if you knew them intimately enough, you could discern one from another. Poll all your friends and see if any of them can tell one factory’s marks from another. OK…they can’t. But Paul could. How? I don’t know exactly but a good guess is that he learned their marks when doing repairs and being the official repairman for Dunhill USA and for other pipe brands, as well. He taught pipe repair after WWII to returning soldiers who needed a job. I have a strong sense that he also did work for Bertram’s famous pipe shop in D.C. after the war, but I can’t recall exactly what he said it was. Quite possibly, he made pipes for them. He had been making pipes since 1927. That’s 95 years ago. More likely, he taught others to make pipes for Bertram’s.

Indeed, Paul could remember the exact date he made that first pipe. How? OK, here’s just one of a book’s worth of great Paul Perri stories: Paul was 7 years old, having been born in the back of his father’s pipe shop in NYC. Probably the Bronx if I recall the story correctly. His father was quite the authoritarian…a very strict Italian, from Calabria…a tough, tough region, geographically and attitude-wise. ( ‘Ndrangheta is what the Calabrian Mafia is called, and their reputation is that they are stronger and more brutal than the Sicilian Mafia. I wouldn’t personally know.) So Paul, having purloined a nice piece of briar from his pipe-making father, and having made a pipe from it, naturally wanted to smoke it. But how? Most definitely not in the shop, in front of his father. Not if he wanted to survive the day. Well, a bright 7 year old had an idea…”Hey Pop, I’m going to take this new wireless (the term for radios then as they could pull sound out of the air) up to the roof to find out what I can hear. “ He did just that, but he also took his newly made pipe and some tobacco so that he could smoke out of sight of his father. Kids always court death in a most optimistic manner, don’t they? Didn’t we all? Anyhow, he did put the radio on and he heard that Charles Lindbergh, Lucky Lindy, had just soloed the Atlantic and landed in Paris to wild acclaim all around the world. That’s the kind of mnemonic that allows one to remember an event tied to it. And that’s how Paul Perri could know the exact day he made his first pipe. (His father eventually threw Paul out of the store/house, at the age of 12, because Paul was making pipes better and cheaper than his father and the old man did not appreciate the competition. Chance reminded me of that story, which Paul had also told me.)

Of all the Paul Perri stories, perhaps the next one is my favorite, likely because I am a retailer and it looks like a fantasy come true. Paul had a store…the mid 1950s I think, in Florida. I don’t recall the town. It was an era when smallish traveling circuses visited mid-sized cities, leaving the major metropolises to enterprises like the Ringling Bros. One day, a gentleman strolls into the store, along with what appears to be his right hand man, or even bodyguard, if you will. He looks over the display counters, full of the pipes Paul has made, and says, “please pull these three out.” Paul pulls out the three cited pipes, lays them on a cloth on top of the counter, and asks the man, “would you like to buy these?” To which the man says, “no, I don’t like those…I’ll take all the rest.” With that, the man nods to his large right hand man, who pulls out the proverbial wad of cash that could, in actual fact, choke a horse, and pays Paul in cash, thereby greatly reducing Paul’s stock, but fulfilling every retailer’s dream fantasy. The man then explained that he owned a traveling circus and was unhappy at seeing his employees smoke cigarettes and wanted to introduce each of them to the pipe. If I, or Larry Wagner (erstwhile owner of the fine Cigar Warehouse in Sherman Oaks, CA) told that story, you might well look at us funny, but Paul Perri was constitutionally incapable of telling a fib like that. It had to be the emmes.

Something for you to look out for: Paul’s hobby was collecting precision measuring instruments. I saw a bunch of them in his home, but, of course, their application was way over my head. But I would guess that some of them came in handy when he was commissioned to make pipes for Hollywood movies. I’m not sure of the time span, but likely from the mid-to-late 1940s through the 70s or 80s he made new duplicates of old period pieces, oh say something a nobleman or pirate might be depicted as smoking in a movie. Obviously, the actor wouldn’t be asked to put a stinky old pipe in his mouth, so they would go to Paul with the original and he could duplicate it to the 1/100 of an inch, but it would be new. If you see any such instruments in an old movie, feel confident that it was made by Paul Perri.

How did I get to meet and know Paul? During the very early days of Sherlock’s Haven, my pipe and cigar shop in San Francisco, Paul and his wife Margaret walked into the store and we started talking. At that time I’m sure I didn’t know of him either. But the more I heard, the more I liked and Paul must have decided that he didn’t dislike me. He made a unique offer: he would sell me his pipes wholesale, so that I could sell them in the store, something he did for no one else. I thus became the sole outlet for Paul’s fine pipes (he had briar stored in 5 sheds, all from no date more recent than the mid 1970s) other than Paul, until he began giving pipes to Chance to sell on eBay in recent years. If you can find one there, do snag it for yourself. What I couldn’t get from Paul was a willingness to tell his stories, all of them, for publication in the pipe community. He was very private. He did not think he was important enough to talk about and definitely not so important that he should expose himself. In that sense, he was oh so wrong. And now I only have those few stories he was willing to share. I do believe I once went down on my knees in front of him, begging for the opportunity to record and hear and tell those stories. The answer remained “no.”

Back to Paul’s hidden talent. He did tell me that since his retirement (which was about the time I met him, so I don’t know the type of pipes he was turning out before we met) he was only making pipes that pleased him to produce, and those were almost exclusively classic shapes, with a foray into a bit of a Danish Freehand style, but nothing ornate. What I own is just a precious little Pot of his. I’ve sold many other Perri pipes on my site. But know this…he made pipes for Ed Burak’s Connoisseur shop in NYC, and Ed drew up and had produced some beautiful, delicate and very refined shapes, so we know that Paul was definitely capable of work of that nature. Whether he just followed Ed’s marvelous designs or add touches of his own I do not know, but it’s hard to imagine that somebody with that much talent and experience didn’t, at the very least, contribute some personal style.

So, during this difficult time, we are bereft of another giant of our hobby. But I believe what I once heard…that a person who is still remembered is not ‘gone.’ They are still with us. Whenever I think of Paul, I’ll believe he is still with us. Most certainly, thinking of him will put a smile on my face and eliminate a little of that rain that his death has created in my soul.