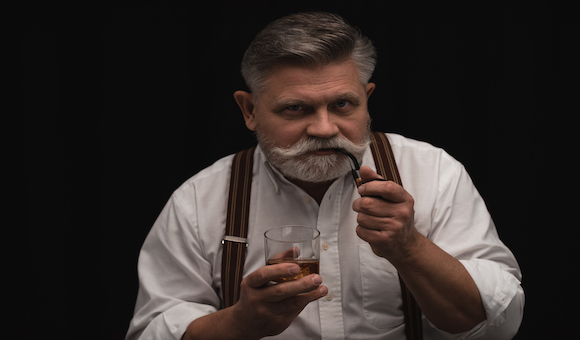 Congratulations to SlowMo Randy on his give away last night, and to the winners. Right now I know of the Southern Piper‘s give away still going on. Other than that, I can’t recall any. The normal stuff at Over A Pipe Live, but you’ll have to go over there to figure it out. I’ve given up on all the betting, points, tins, etc. . . I’m sure his regulars can explain it. I can’t. But I’m a regular? Go figure.

We have a big storm rolling through. Should be fine, but I better get this published or it might be stuck in my computer with no where to go. I can tell there might be problems because the computer is super slow. That’s not a good sign.

Doing some work on the website the last few days and been taking a close look at the state of the YouTube Pipe Community (YTPC). It’s always gone through its ebbs and flows. What it was ten years ago was nothing like it is today. And the middle part was different too. When I go back and see the people who were active back then, there are very few left producing videos at that same level.

I’m sure it’s like that with everything. New people come and go all the time. Of course it’s a good thing that new people are introduced to the community and bring with them fresh blood and new ideas. I’m a little bit sad for the ones who are gone. When I go through the list, I all of a sudden see people and a flood of memories rushes back. There are some I sure do miss.

After a few hours of work a pattern seemed to develop. I noticed that there was a big drop off of videos after 2019. Of course, I suspected the reason why but wondered why it caused people to stop making videos. I can see where people might not watch as much, but why not make videos? I’m sure many of you know what I’m referring to.

Also, in 2018 and 2019 there was a surge of give aways. I have a feeling a lot of those channels made videos as a response to those give aways. There are far fewer now. Personally, I don’t hold or sponsor give aways anymore. The cigars last Christmas, but that was an exception. They never pay off for me. I like to give things away, but thinking it will result in an increased readership or more traffic on the website is unfounded. Now I just send people stuff when the spirits move me.

Anyway, there are very few channels that have really stuck it out. Produced at a high level, consistently over the years. I know for many it’s just a hobby, but that doesn’t mean you can’t be in the top tier of presenters.

Then there are the people who’s goal is having a big channel. Pipe smoking was just a means to that end. When it didn’t pan out, they moved on. Or maybe, they started somewhere else and moved into pipe smoking.

I suspect there are as many different reasons why people make pipe videos as there are people. That might be a good thing. That way there is something for everyone. There are even different sides to the YTPC. Often I hear channels promoting something and talking about it for weeks, then you get other people who say “I’ve never even heard of that”. So clearly, there are different circles within the larger.

If you really studied it, and I may be one of the few who actually does, you can find one or two channels at the center of each of those smaller circles. They feel like they are the Sun which the YTPC Solar System revolves. But the YTPC is actually like a Galaxy and each little group is a solar system within. YouTube is like the Universe. I’m like a Black Hole.

Anyway, I don’t mean to say this stuff in a negative way. It’s good that people create and nurture these groups. If they didn’t we would have no pipe content to watch.

The two things I’ve learned so far is that the pipe community is actually kind of small compared to other groups. You can take pretty much any other subject, no matter how [deleted] like playing a certain video game, and the audience is huge. Pipe smoking in general has gotten very nichey, so it only stands to reason, it’s just as pigeonholed on YouTube.

The other thing is it takes perseverance to stay with something for the long haul. There are some that stick with it, and for those I’m grateful. Not that I don’t love to watch the part-time content creator, they have a perspective I appreciate, but for a channel that has put in so much, it’s hard not to respect that.

Thank you to everyone who takes the time to make content for us pipe smokers. Whether it’s 1 video or 1,000.