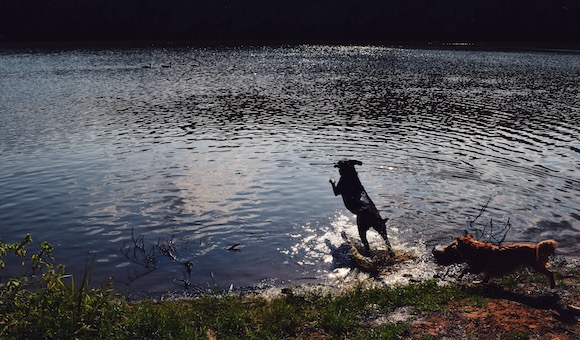 Happy Labor Day. It’s also Monday, the one day many people check The Blob. For the record, I do put these out more than just once a week. Sure, I’ve cut back but that’s mostly because they just aren’t being read all that much during the week. Also because I’m busy/tired and don’t feel like writing them, but ignore that part. Sorry to say it has not been a M-F publication, but I’m still doing bonus blobs on the weekends – sometimes.

For the most part, I’m updating them more than I’m blowing them off. It’s tough in the summer since there isn’t all that much going on. We got a couple pipe shows coming up. Smoke Rings Around The World is around the corner in less than two weeks, that will be fun. I’m happy to report that my smoke ring abilities have greatly increased because of Mr. Armchair Piper. I can’t help but to practice a little bit each day when I think about it. Hope you are as well.

Smokingpipes has the new background calendar out. If you like this sort of thing, hop over and download it. I’ve always said they have the best pipe photography, it’s stunning. Really appreciate them doing that each month. I’d like to offer something like that for you but that’s way out of my league.

People have Instagram pages so they can show off all their wins and how successful and beautiful they are. I think I’ll start one where I post my real life stuff so people can feel better about themselves by comparison. Messy desk, rusty old car and all the other things that drive me nuts.

I was so sad to hear that Mr. Joe Lankford passed away. I loved talking to him. We didn’t speak often, but he called me a couple of times. He would start talking about his tobacco blends and he would get all excited. He go so passionate when he would talk about it, and he was so proud. As he should be, by the way. He really knew his stuff, just an amazing talent. Nobody is going to be able to fill his shoes. Like many people, I’m sure they will think of him whenever they smoke one of his blends. The Seattle PIpe Club was blessed to have him, and we all benefitted from his work.

Some people leave the world a better place because they were in it. Mr. Lankford was one of those people. I feel so bad for his family and friends, I just hope they know that most of us appreciate the fact that they shared him with us.

I’ve been avoiding Social Media, but have been visiting the Seattle Pipe Club’s Facebook page to see what they have been adding about Mr. Lankford. So many nice entries. I can tell he’s going to be missed so much. Mr. Guss called Joe a giant. I think in this case it isn’t hyperbole at all, it actually fits.

One series of videos I highly recommend you follow along are the Yardism Trivia videos. I know it’s not about pipe smoking, but they are really fun. The topics are pretty general so there’s sure to be something to interest everyone, and the questions aren’t so hard you have no chance. I really like them and I don’t typically watch those type of things unless I’m really sleazing-off.

I do watch his live videos, half the time live and half on replay. The only time I click off is if they start talking about music too much. I know it sounds weird, but not interested. This past week’s show was right up my alley. Talking about boxing, which I also watched with my father. I miss it so much that I don’t even watch the MMA league, no interest in that either despite boxing being shambolic.

The one thing those guys on the Yardism show got wrong was Mike Tyson didn’t start loosing it when Cus D’Amato passed away, which was about 17 fights into his pro career (don’t hold me to that number, I’m not looking it up), it was when Mike fired his entire corner. While Cus was the closest thing to a father Mike seemed to have, all those guys were all on the same page. Guys like Kevin Rooney would have had no problem keeping things going. Everyone got canned except Teddy Atlas if I’m not mistaken, but that was for show.

There is no doubt Don King, who encouraged Mike to ditch everyone is what ruined Mike. Talk about the wrong crowd. Don King did more to ruin boxing than any other person, maybe even more than everyone combined. He was a cancer to boxing. Got rich doing it, but what a thug.

I usually distinguish the difference in Mike’s career as being the Iron Mike era, then the period after. The nutty wife, going to prison, tattooing his face. What a waste of what could have been the greatest boxing career ever. He’d smash me in the face for saying so, but I only say it as one of Iron Mike’s biggest fans ever. Now he’s just a old guy in a haze of dope. What a shame.

If I’m not mistaken, I always end with “what a shame” when ever I talk about Mike Tyson. How many other great sports figures do people do that with? Not many.

Some day we can talk about Kevin Rooney, but not today. This is supposed to be about pipe smoking.