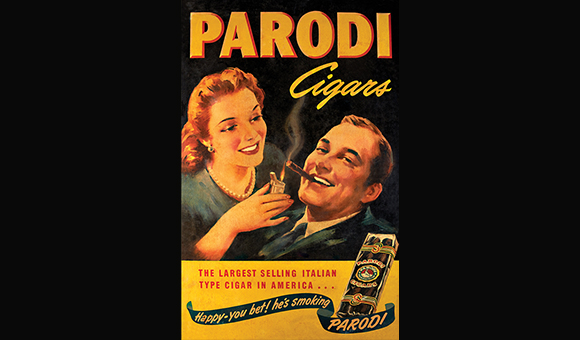 Breaking news: Smokingpipes and Cornell & Diehl have released the Small Batch, Palmetto Balkan. This is huge, it’s been 14 minutes since the release of their last small batch. I wonder why it’s been so long.

OK, the scuttlebutt on St. Espresso, the previous small batch, is that’s it’s a pretty good blend. Like I said before, I was going to wait until I heard some reviews. Of course there is the risk of them running out before I make up my mind. (I wonder if it’s designed to be like that?). But after the talk on Twitter I figured it was best to go ahead and get some on the way.

Actually the discussion was about cigar leaf blends, so my order included Cloud Hopper which was named as the top cigar leaf blend (also from Warped) and some C & D Mad Fiddler Flake which was recommended by Kaplowitz Media, who you can also find on Twitter. I think I may have tried that Mad Fiddler Flake, but I can’t remember for sure. It will be nice to be able to do a side by side with those other blends.

The Spurgeon Piper put out his review of the St. Espresso yesterday. He gave it a pretty good rating, so I’m glad I went ahead and bought some. I won’t review any of these blends, but I will tell you what I generally think about them. I wonder if Flat Cap Piper is going to do a Popping The Tin of this blend? Better get a review page set up and ready to go, just in case.

I like how everyone sort of has their own ratings system. I’m a fan of the 1-5. But I also like the straight thumbs up or down. One of the best reviewers is Beans316. He has a 1-10 system, but has a real nice breakdown of the numbers. Let me go steal it so I can show you here. One minute.

Of course, I can’t just screen grab it. He scrolls it on most of his videos and the ones where he doesn’t, the things on the bottom of the video are in the way if I wanted to take a picture. The volume control and the red line. It looks terrible. So now I’ll have to type it out.

That’s a pretty good system. Well thought out. You know which one stands out with me? Number 4, Smoke doing yard work. You’ve heard me mention tractor cigars before. That’s the no. 4 blends. Typically I save cigars for yard work, especially when on the tractor. I don’t want to be bouncing around with something hard between my teeth, plus there’s too much going on with a pipe.

Also, don’t want to smoke a nice, i.e. expensive, cigar while working and sweating. It’s a waste. When I say tractor cigar I think of my Pappy who used to always smoke cheap cigars when outside. He always smoked cheaper cigars anyway. The best cigars he ever bought were the Quorums. The Corona Naturals. To him that was a pretty fancy stick. I used to give him really nice cigars from time to time, but he would never have bought any himself.

His version of the tractor cigar was the Parodi. He always had those going when out on the tractor. He thought that was the perfect cigar. Like I say, every blend is someone’s favorite, just like every cigar is someone’s favorite. I always keep some Parodi cigars in the humidor just because. For me it’s more about the memories than the cigar. Although, I have to admit, it’s a great tractor cigar.

If you’re not familiar with the stick, just watch any of the old Clint Eastwood spaghetti westerns. He will usually have a Parodi sticking out of his mouth.

The other thing I remember is how the old man refused to cut his cigars. He insisted on using a nail. If you wanted to cut a cigar around him, he’d sneer at you. Treat you like some kind of Nancy-boy. Wondering what was the matter with you. Not only did he use a nail, but wouldn’t have a clean nail for that purpose. He’s dig around the workbench in the barn and grab the first one he saw. Didn’t matter if it had grease on it or anything. Just grab that nail and poke a big hole in the cigar.

I’d laugh at him and he’d just toss me the nail.

No matter how fancy you get, or how expensive your cigars or pipes are, just remember it might turn out to be the $1 cigar and the nail that turns out to be the best memories.