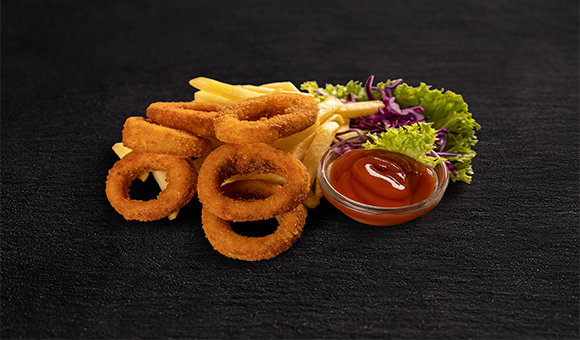 My stomach is grumbling. In only two more days is Onion Rings Around the World. Mr. Armchair Piper has been planning this for over a year, and Dr. Gust has been gobbling up all Ed’s test recipes. I’m hoping Lady Fire comes out with her own recipe. I can only imagine it’s the most spectacular onion ring recipe ever!

Make your plans, like I did, to join Ed on the Over A Pipe Live channel, Thursday night, 9:15 pm Eastern, where they will be having a Zoom call. During the show Martin will be giving out Sam’s tobacco.

You can. of course, participate any time during the day and even make a video to post, if you’re so inclined. More information can be found on the Armchair Piper channel.

Found out too late yesterday some new information about Chesterton & Co. Cigars to get it into either The Blob or the newsletter. They will be carrying pipe tobacco and they will ship. They are also in talks with a pipe carver in Texas and they might be working out a deal, something exclusive. As soon as I know more, so will you.

The Grand Opening is scheduled for Oct. 7th and work continues to get ready for it. A 14 ft tall humidor is being built that will be able to hold 10,000 cigars.

Craig is finally having the 500 subscriber give away that he’s been talking about. So happy that he reached that milestone, but I’m sure when all is said and done, the channel will be much, much bigger. Great content if you’re a pipe smoker and even if you’re not he always has wonderful stories. Congratulations, Craig.

The video is out and the responses have already started being posted. I’m sure there will be a lot of entries since the big prize is an Asikyan pipe. To get all the details on the different ways to enter and see what he’s giving away, watch that video.

This week I’ve been commenting on some videos more than normal. Actually in the last month I have hardly commented at all. But this is Onion Rings Around The World week and I wanted to participate somehow, especially since I’m not going to make any videos eating onion rings. It has been fun. Wish I knew Over A Pipe was going to do a live show last night or I would have stayed around for that.

Holy Smoking Piper Padre (I’ll write it all out) did a tribute to the late Queen Elizebeth. Sad to see her go, but she made an impact on the world and left a wonderful legacy. Not in the offspring department, I mean in general. Padre says it much better than I can.

One of the commenters on Yardism’s last live show mentioned that he needed to catch up on some pipe cleaning. It made me immediately think of the fact that I’ve switched over to the Briar Blues method of cleaning your pipes. I used to do what everyone else did. When I was done, I’d knock the ash out and run a pipe cleaner through if it was handy, then toss it aside. Now the post smoke routine is much more important to me. It only takes about 30 seconds, but it makes such a huge difference and cuts my big maintenance down to almost nothing.

Keep the reamer handy, even if you use the smokingpipes clam knife. I keep that cake down to almost nothing and it’s always perfect and even. Currently I use a Phill Rivara reamer because nothing comes close to working as good. Briar Blues still has a couple, if you’re interested. Not cheap, but I use mine every single day and it works perfect. But the clam knife is fine too if that’s what you use.

The only thing I have to do to my pipes long term is clean the outside of the stem once in awhile and I buff them up occasionally. A little wax.

If you have something going on this week, let me know, I’ll try to show up for it and we can talk about pipes.