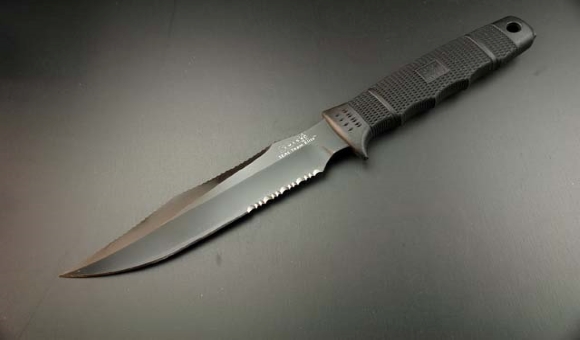 The Blob last week about what you should be carrying has generated some nice responses. A lot of people are showing off their knives. Like watches, I love hearing about them. As I had mentioned in that post, my knife collection is pretty big and it runs the entire spectrum, from very cheap to commissioned. From run of the mill to knives President’s have given away in the Oval Office.

What strikes me is how people are classifying their knives. For instance what I consider tame and nonthreatening is a tiny little knife that is about the size of your pinky finger. I mentioned the Case Even-End. I would never consider a Spyderco or Benchmade knife with a substantial blade a gentleman’s knife, a pen knife so to speak.

On the other hand, a work knife to me is something substantial. The ZTs have some heft and you can pry with them. Think SOG Seal Team Elite if you like a fixed blade. That’s the knife I kept in my car but worried when a cop almost searched me. He decided not to and I got that knife out that day. By the way that knife’s little brother the Seal Pup is one of the best knives to take with you in the woods.

OK, lets get off that subject before it spins out of control. Big Smoke Phill announced that he is delaying the drawing on his give away. The entries are closed, but he couldn’t make the originally scheduled drawing because of work obligations. Look for him to do that this coming week.

Also, notice he changed the name of his channel by adding Phill. It seems that there is some popular rapper calling himself Big Smoke (probably drugs) and normal people were having a hard time finding the YTPC Big Smoke. His solution was to add Phill onto the title to make it easier to search.

What might have been a better plan would be to take up rapping. He could become much more popular than the current “Big Smoke” then when people search for that name they will get Phill instead of the other one.

The newsletter will be out this afternoon. There will be no link to it on Twitter, so look for it in your mailbox if you are subscribed.

Lately I’ve been mentioning the fact to use the email to contact me. Social media links will do you no good. Sorry if I sound like a broken record, but you have to say these things many times before it sticks.

Sending out the Awards from Pipe Week have been slightly delayed. The certificates are ready to go and Peter Piper NYC has sent me the statuettes. I was supposed to get them at the end of last week, but they didn’t come in. This afternoon I will check and see if they are here, I’ll begin the boxing process. I probably should have sent the certificates on their own, but that’s what you get when you try to save a few bucks. I’m anxious to see the awards myself.