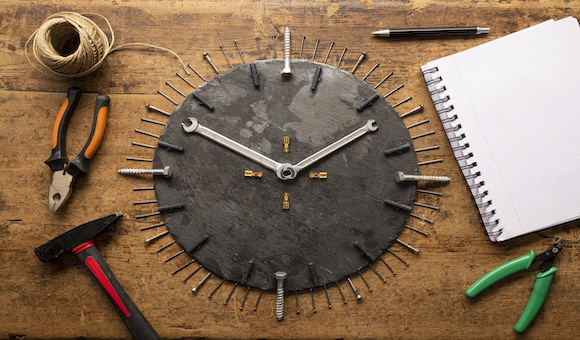 This is very nice having the Blob to be able to expand on the newsletter. I have always been constrained for space, but this allows me to mention something and a quick click will give you much more information. Today’s talk about The Operator cigar is a great example.

The limited released cigar will only be available from selected retailers. Ones approved by Cigars for Warriors. The proceeds go to a great cause so it’s worth it to look around and see if you can get any. We have the full press release on our magazine website.

There is so much going on this week. I’m really afraid that I’m not going to get it all done. There is somewhat of an obligation to get the content out on the website, but it’s actually quite far down the list of what’s important. But it’s expected so I will do my best to make sure things run smooth.

But be forewarned, when I look at my schedule, the things I MUST do, the number of people counting on me for each thing and other factors, I just don’t know how it’s going to happen. It’s actually a big week, which started off with me having to work all day Sunday. So now I’m behind from the start.

Just forewarning everyone right now, if you have anything you want me to put in next week’s newsletter or any information you want me to pass along, it has to be to me as soon as possible. There is no way I’ll be able to get anything in the last minute. Also, don’t be surprised if the Blobs are not out early in the morning. A couple days might be later in the morning. I’ll apologize in advance in case that happens. If you don’t see a new post, check back later.

Right From The Start

Want to know how things are going? Did you ever load your pipe and take a nice big draw to test it before the light, then find out you didn’t clean it out very well from last time? Happed to me on the first pipe of the week. Got a great big pinch of ash going right down the hole. Worst feeling there is. And if you’re in the house, you can’t just start spitting all over the place. Well, you can if you’re a slob like Bill Needleman who doesn’t much care, but the rest of use have to grab a tissue, or three, and start to evacuate the ash. Now the pipe tastes terrible. Can’t get the taste out of my mouth.

I guess the only way to look at it is that it can only get better from here.

It’s not on the schedule because it’s more of an impromptu show at this point, but Yardism has been going on live in the afternoon (Pacific Time) on Mondays. So if you’re a fan, and who’s not? Keep an eye out for him today. He loves it when you stop by and join him for a pipe and a chat. Tobacco blends and topics don’t matter.

If you want to catch up, like I’m doing, Curmudgeon Piper, Briar Blues and Beans316 were all live yesterday. That’s 4 hrs. of viewing time between just those. Don’t think I’ll be able to get through them all. Let me know if anything important happened.

Mr. Luke Risner is celebrating an anniversary and is just one subscriber away from 500. He’s going to have a give away himself. go over and congratulate him if you have a minute.

Mr. Phil Rivara was doing some grounds keeping work in a video this weekend. He didn’t say where this was filmed, but it looked like the Pebble Beach Golf course. Don’t try this at home. Only a skilled expert can mow over extension cords.