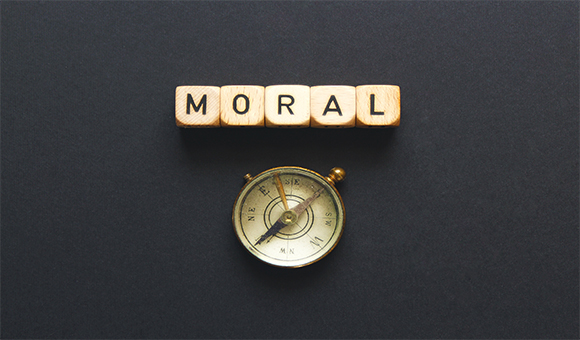 All week I’ve been thinking about what I was going to write about today. There has been a change in the Sunday live show lineup as Briar Blues takes a step back from his weekly show. There has been a bit of friction in the community in the past several months that we have chosen to just ignore. That policy is not going to change. I had planned on putting in my two cents, but it violates two of my major guidelines.

No matter the subject I like to ask myself; Is it something I have control over and is it right or is is wrong? The first is a guiding principle on how best to use my time and energy, how I will react to things. The second is how I try to decide questions. For me breaking things down to moral questions is best.

When it’s -9° outside, I may joke about it, but I don’t let it upset me. It gets cold out in winter, what am I going to do about it? When I used to follow sports, I used to let it get to me. Try following the Red Sox in the 70s and 80s. Stupid Bill Buckner! Stupid Bills!

Why was I like that? When I realized it didn’t matter how I reacted, I decided to not let it make me mad. It changed my life. If it’s something I have no influence over, then it’s just something that happens.

The second one is harder, but but can make your life much easier. I was also quite the political wonk in the day. I don’t let my emotions get in the way of deciding if something is right or not. The thing to do is look at a situation and say, is this correct or incorrect. When you hear political things, more often than not, this isn’t even considered. Feelings always get in the way. It skews people’s thinking.

Right vs. wrong is a separate thing, especially when dealing with yourself. Is what I’m doing the right thing to do? Just because I can do something, should I?

All good questions, in my opinion.

When it comes to interacting with others, like in their YouTube channels, I see myself as their guest. If they want to focus on certain topics, I want to honor that because I respect them. If they ask my opinion, that’s different but I always keep in mind that what I write is forever. I’m the king of putting my foot in my mouth and have to remember that.

When all is said and done, I want people to think of me as a kind gentleman. I don’t want to pick fights or string them along.

Twitter is the perfect example of that. It’s one of the big reasons I have this Blob. That place is just a filthy sewer. One person posts something then nasty, rotten people come out of the woodwork. Maybe because it’s anonymous or maybe because it’s how they really are. It’s not something I want to rub off on me.

Not going to say anything more. My opinion, or feelings don’t matter. I have no influence over what other people do, so why spend time yapping about it? Plus, no matter what I say, some people will think I’m talking about them and get mad. It always happens no matter how careful I am.

I’m no armchair Aristotle. No deep thinker. And I’m certainly not a “can’t we all get along” kind of guy. That’s for fools who have a high opinion of themselves. The people who wax on about what everyone else should do sound like gas bags to me. My apologies to gas bags everywhere, you probably have some good points but it’s not where I look for moral direction.

As you know by now, Briar Blues will no longer be doing a live show on Sunday evenings. It’s where most people interact with Mike. In one sense it’s too bad, since it’s a show I’ve always looked forward to. But it’s really only a small part of what Briar Blues does for the community. It’s one of the only channels that I go back into its library and watch old videos. I have been smoking a pipe for 30 years and thought I knew it all, not even close. I’ve learned so much from those videos it took my hobby to another level.

The way I handle my pipes, especially after I smoke them, before they get put away has totally changed. My pipes are in much better condition and treated as they should be. I know what many more pipe shapes are and don’t sound like a Rufus talking about them. All thanks to the Briar Blues videos. To me it’s the greatest wealth of information for pipe smokers and I would recommend it much faster than some of the larger channels.

This time off will allow more of this type of content to be made. Nobody goes back and watches reruns of old live shows, at least I don’t. Anything more than a week old is old news to me. It’s the Master Class kind of videos that are the gold mine.

After talking to Mike, I can assure you, he’s not gone. He just wants to step back a little and recalibrate his content. He’s not doing it out of any disgust or animosity. He just wants to make sure his role in the community is the right fit for himself. He’s never used his channel to promote himself or his business, quite contrary. He’s used it to promote others, myself included.

I’m only writing about it because that’s what the Blob is for and it’s what’s on people’s minds.