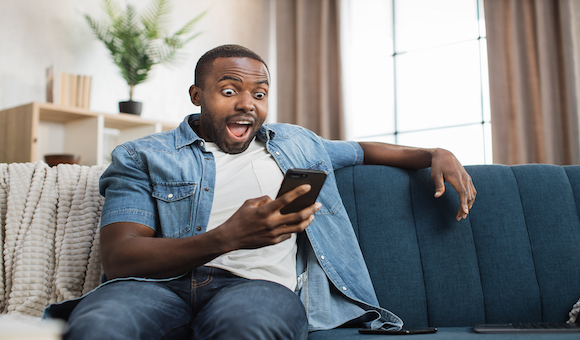 I love when people brag about “quitting” their phones for the day or weekend, or the internet for a day. I’m glad for them, but I have to laugh. “But Phil, you don’t understand, I need my phone”. Yes, you do.

As far as the internet goes, I’m at about an hour a day, with the exception of some live shows I want to watch. Sorry if you don’t see me around much, but I’m trying to squeeze as much in as I can without wasting time. You will also notice that I skipped a couple days last week on the Blob. Not going to spend too much time on things that people don’t want. I’m open to trying just about anything, and I don’t want to be that guy that bails on everything he starts, but I have to be realistic as well.

If the choice was between watching movies, or watching endless YouTube videos, I’ll spend that time trying to be productive. Writing things for you, or doing stuff for the website. Maybe doing other things I enjoy. But I’m not going to do those mindless things anyway. Before you know it the life is going to be over and if I had spent all my time on Netflix or watching stupid videos, I think I would have wasted my life.

So, what that means is, if what I do is fulfilling and people enjoy it, I’ll do more of it. If not, I’ll find other things they like, or move on.

It’s been one month since I left Twitter. This will come as no surprise to anyone who follows me, but there are no plans to go back. If you want to know what’s going on, read this Blob.

Not saying Social Media is bad or evil, but at least for me it’s not the right place to be. Not the best use of my time. I’m also not encouraging others to do the same. Do whatever you want. But I’m done with that mess.

There has been a lot of newsworthy stories about pipes and cigars lately. I was surprised to see how many stories I’ve added in the past couple of weeks on the News site. It might be worth a couple minutes to check it out. Hope you’re checking often, I feel that’s one place every pipe smoker should check each day to keep informed. Even more so than this.

There is a great video from Old Carolina Pipe Cottage linked on that page. I feel pretty bad that Mr. Harrelson has a wonderful company like that and it is not working out the way he planned. Willing to spend his time and money to run a tobacco store and all he gets is grief and misery from the government. From people who never ran a thing in their lives. I wish the tables could be turned for just a month. For them to have to call me and get permission to do things that they want to do. Pay me money just for the privilege of doing it. Oh, and if it’s something I don’t like, I’ll make their lives miserable until they can’t stand it. Who thinks like that? People who work for the government do. And to make it worse, they don’t see anything wrong with it.

There are a bunch of programming notes this week and I have them all in the newsletter, and don’t feel like typing them all out again for this. Just click on it when it comes in your mailbox this afternoon. Around 3:00. The two biggies are Over A Pipe is back on Friday night and Steph & Skip’s Give Away is this Saturday. Bunch of other stuff too.

If you have anything going on, or changing things up a bit for the summer, let me know and I’ll pass it along.

I wasn’t going to mention it, but if you’re trying to hack my websites, please stop. It’s always been something I’ve had to deal with, and you wouldn’t believe the number of malicious attacks that have to be beaten back. The gentleman who takes care of my sites installed a super powerful thing-a-magingy that makes it even harder to attack the site. In fact, I can’t even log on to my sites, I have to go on another thing first that vets me, then it allows me to log in. One of those things with a 46 character password and triple verification. What a pain in the -. Anyway, it’s probably a good thing I got it.

The normal number of attempted hacks is nothing compared to what’s been going on all weekend. Every few minutes. The stupid thing send me emails summaries every twenty minutes about blocked attempts. It gives me their IP addresses and everything. If I wanted I could track them all down, but what if it turned out to be Charlie to Boynton, or Hiking Pipes Craig? I’d feel terrible.

Of course I’m just joking, the ones I did hunt down have been from Budapest, Vienna and somewhere in Germany. Proxy servers I’m sure. I did notice that Bill Needleman has been locked out. After a few failed attempts the website blocks you. That one might actually be a valid attempt of someone trying to get on the site, I’ll have to check. It would be funny if his IP address got flagged as being some kind of malicious spam-bot or something.

Hope you all have a great week.