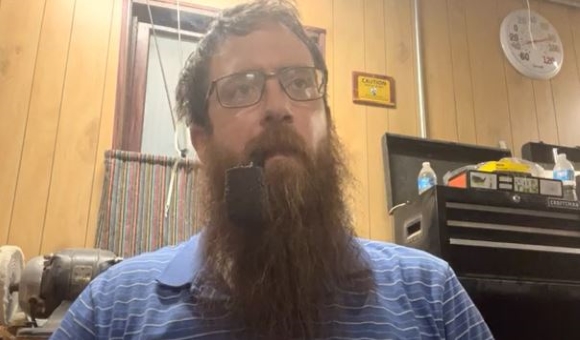 There are a few items of interest that have come out in the past day that I thought you might be interested in. The first is news about Little Piper Todd that I heard from Jon at All Briar’d Up. He explains it much better than I can so you might want to just watch his video, but I’ll try to recap for you.

Todd who I know better as Little Fat Morgan, or as I like to call him, Mr. Morgan, is in the midst of a medical problem. I hate to get into medical things or even mention them. But I will say the problem is with the appendix. Don’t even know what the stupid thing does, but it can be a cause of great pain, just ask Señor Jose Cavendish. I can’t think of a nicer gentleman than Mr. Morgan, he is always in people’s live streams with a kind word. Just a great guy for sure. We are thinking about him and praying for a speedy recovery.

OK, let’s sort out this name thing so you aren’t confused, like I was. The Little Fat Morgan name is gone. Probably changed it because a famous rapper is using that name. You can find him under Little Piper Todd. Jon did mention that it was hard to find his channel, and I had used his advice and went through Hillybilly Piper who had won Todd’s Give Away. But I’ve taken care of the leg work and all you have to do is click on his name above.

News From The Cain’s

Steph & Skip Cain have announced the date of their summer give away. It will be on Sunday, August 7th. As they have done in the past it’s a music and general trivia contest. It’s super fun and you really have to know your stuff. The thing to keep in mind with their music trivia contests is that they are notorious scoff law broadcasters. They do what they want, have a great time, and let the chip fall where they may.

This often results in their videos being taken down after the fact. So this isn’t a show where you can catch it later on. If you want to join in, and possibly win, plan ahead. They gave us almost three weeks heads up, so there is plenty of warning. They don’t have these often so it’s always a treat, especially since they have taken the last couple of months off of their live show.

I’ll keep you up to date on any announcements as we get closer.

I’ll be the first to admit that I don’t really understand the Discord thing. But a ton of people love it, so I can’t deny that. If I’m not mistaken there are three discord groups set up for the YTPC. The biggest is from Edwin PIpes Cigars. That has been going on for awhile. I’m not sure how it’s going, but remember signing up for it. Hate to say it, but I gave up on it too quick. If I remember right I kept getting messages and it irritated me.

The latest is from Professor Walker. He has been planning on doing a live show on Sundays, but hasn’t found traction as things keep popping up. Things like the plague. Now he’s shifting gears and set up a Discord Group. His thoughts are this might be a more interactive way to engage with people other than him talking on a live stream. He might be right about that.

It’s a very interesting idea and I’m sure to look into it more. He welcomes your thoughts on the subject and invites you to join in.

For other breaking pipe smoking news stories, be sure to visit out website www.briarreport.com, the Rodney Dangerfield of websites.