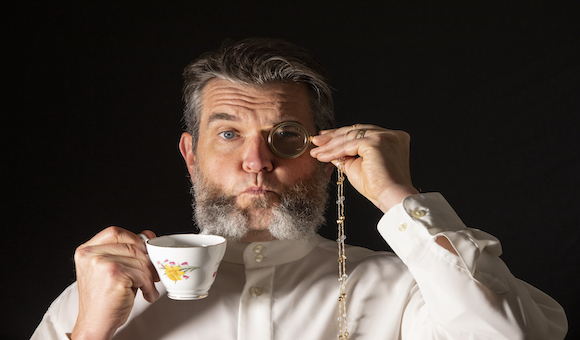 Sorry if I’ve been edgy lately. I feel terrible for the small pipe makers and content creators that are having to worry about the terms of service on various platforms. People having their videos taken down, and pipe makers having their service providers (hosts) taking down their ability to sell pipes on their own. I totally get the fact that they have the “right” to do it. Not questioning their ability to do it. It’s no secret that most people in positions of power like to exercise their power using their own values as the guide.

I’m not even going to get into the “what about them” arguments. The other filth and garbage that they have no problem with. All I’m saying is things are either right or wrong. Moral or immoral. Trying to fight them on their home field is a losing battle, I have no delusions about that. But throwing in the towel is not an option for me, personally. There must be a way to either fight back or work around the problem. Wringing my hands or laying low is not in me.

As soon as Professor Walker finally got his website on track, they came after him. Now after spending his money and taking all that time to get that site up, they cut him down at the knees. How can anyone just say “oh well”? There has to be a way to keep these guys going. I’ve vowed to use this website to help in any way I can. It’s easy to go after the little guy, but who is next? Briar Blues? The Pipe Nook? Smokingpipes?

I’m sure the bigger the company the more resources they have to fight back and get around the rules. Not saying the big guys like the regulations, but so often that is the case. It’s like big companies backing government regulations knowing they can withstand them and the result is it takes out their competition. But in the end the web companies will eventually come after them as well. It also limits the choices customers have. Increasing prices and availability.

This website gets away with some of it because we don’t sell anything. Sooner or later that might not be enough, but for now I’m safe. If anyone has any sort of ideas on how we can work around this, I’d love to hear them. There is enough brain power out there that we can do something about it. Might even be fun to beat these totalitarians at their own game.

Personally, I think that’s the way to go. Solve our own problems. If we wait for someone to do it for us it won’t be what’s best for us. Do we want one or two companies controlling all of the sales of pipes and pipe tobacco? That wouldn’t be good.

OK, you know my stance on the subject. I’ll leave it alone for now.

The Muttnchop May Blend Club video is up. Went out yesterday morning. The blend last month was Sweet Tea from Boswells. They have a lot of good blends there, although that is not one of my favorites. Seems like a lot of people enjoyed that blend. If that’s something that might interest you, check out the video. If you comment be sure to follow all the rules. Don’t ask him any questions and while you’re there leave him a donation in the heart thing link. Also be sure to visit his merchandise store and buy Muttnchop “merch”. If you’re like me you love to be the man about town sporting his Muttnchop fanny pack.

I know what you’re thinking. Muttnchop, that’s the “Breathe Method guy”. You would be right, he is that guy. It’s what made him famous, you know. After 5,000 years of pretty much smoking pipes the same way, Muttnchop discovered a new way to smoke a pipe. Totally revolutionized pipe smoking, I’ll tell you that. Now The Michigan Piper has come up with the very first variation of The Breathe Method called The Michigan Draw.

Since The Michigan Piper has slightly less subscribers as Muttnchop this method might not reach as many people as it should. I heard about it when Briar Blues tipped me off. Take a look at the video and see if it’s right for you.

Nobody made fun of Martin’s technical troubles on his Let ‘er Rip Friday show than Donald. Even more than me! Hmmmm. . .

Anyway, I still have him beat busting the chops of that Triumph wanna-be Guinea Fowl Mortison.

In case you’re wondering, the site update went fine. I haven’t given it a complete shakedown so I’m not positive if anything was affected. There are some strange popups. It tells me things like “This color combination may be hard for people to read. Try using a brighter background color and/or a darker link color.” Does anyone find the links hard to read? If so I can use another color. But that shade of blue seems to be the standard.

If everything goes fine I’ll take a giant leap and update the news website. If that went down, I’d really be upset. But if there were any problems you would think I’d see them when I did this site.