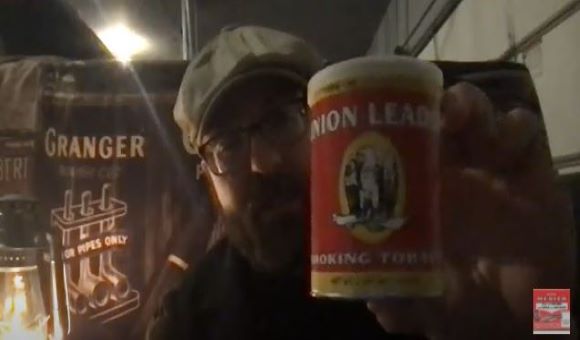 The Mule Town Pipe show is less than two weeks away. Starts Friday the 18th of March. You can see the dates on our Events Calendar, and if you click on it there is a little info and links to Briar Works. There’s even a map to tell you how to get there.

I’ve heard listening to some videos that there will be a group of YTPC people attending. If I hear anything specific going on, like a meet up, I’ll be sure to let you know.

The Pipery will be there. If you saw Flat Cap Piper & Lady Fire’s live walk through of the Ohio Pipe Show you will seen them. If you’re going to Mule Town be sure to stop by their booth and say hi.

Paladin Piper was live last night for The Codger Hour. In the first half he talked about the history of tobacco in Louisville. The first part is a YouTube Premier show where you can watch the video and chat live. Following the premier, he want live for the second half. He got a technical problem worked out, and it went smooth after that.

Hopefully this will be a monthly show. It was very well produced and fun. Educational as well, if you’re into that.

There were actually a bunch of live shows yesterday. I’m going to have to catch up and watch reruns. Briar Blues had a get together and Dingus & Betty hosted their Pipe Club. That one I can’t wait to see. Mr. Dingus has put a lot of time and effort into making a nice show. He practices late at night, testing out the equipment when he thinks nobody is watching.

I’ve been mentioning the Tobacco Pipes Japan Spring Sale going on. It wasn’t very long this year, and it only has two days left. The inventory has been gone over, but there are still some amazing artisan pipes left. I love going on their website and looking around. It’s like going to a museum.

You could go to a hundred pipe shows and see ten thousand billiards, pokers and meerschaums, but you won’t see pipes like these. The artisans carried at Tobacco Pipes Japan have a style all their own. They really are little works of art. Everyone should have at least one pipe in their collection like this. To me they are pipes for the connoisseur.

What’s going on with British American Tobacco? I get alerts when they make announcements and lately it’s been driving me nuts. They have been buying up a ton of their own stock, which was announced on Feb. 11th, so I was expecting to see some activity. But they have been buying and selling left and right.

We have a story on our News site about the war with Russia and Ukraine hammering BAT stock. I guess Russians like their smokes, and when bombs are flying all over the place and the whole world is cranked-off at you, stuff is hard to get.

Might have to turn the alert off for a little while, until things cool down.

Be sure to look for our newsletter that will be coming out later this afternoon. If you’re not subscribed, that’s no problem, just hit this link.