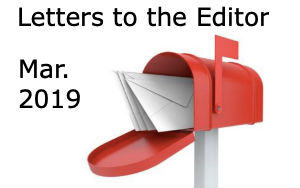 The end of the month is already upon us. What just happened? One minute I was going over my list of things I should do this month, and the next thing you know it, the month is over and my list looks the same.

When you’re busy it makes time seem to fly by, but I don’t want it to. I want to get lots of stuff done and still have plenty of time left over to enjoy things like smoking my pipe, watching some of my favorite YouTube channels and maybe, if I’m lucky, a little Lunting. Those days may not be over for me, but they seem like they are further between than I’d like.

I’ve learned that they more you get done, the more people expect you to do. Not that they are piling on, but the old adage that if you want to get something done, give it to a busy person. This is so true. I’ve got three articles started on my desk. I still need to enter a handful of events into our calendar. Some backend changes are being made on the magazine site and as I look out the window the lawn is scattered with shingles from the major wind storm.

But right now lets go through the stack of correspondence we got over the last month and see what we have. Most of it comes through editor@briarreport.com but you can reach us other ways like through our Twitter account @BriarReport or even through the mail. Our address is in the contact section of the magazine. Please don’t send us anything you would be embarrassed if your mother saw it.

Let’s start up North from one of our Canadian readers.

Reader: Do you know of the best legal route for us to purchase American tobacco? Multi-day visits to bring back a certain duty- free amount?

Briar Report: That is a good question. A couple of things come to mind, but we are no experts. I wanted to contact Pierre Trudeau Jr. but somehow thought he might not be much help in the matter. My next thought was Briar Blues, a wealth of information North of the border. So we put the question right off to him.

Here’s what he had to say

“1 – unless a Canadian has been out of the country for more than 48 hours, even ounce of tobacco is taxable and dutiable.

2- after 48 hours, a Canadian is permitted one of the following option. 200 cigarettes, or 50 cigars, or 200 grams of pipe tobacco. Anything beyond is taxable and dutiable.

4 – federal tax and federal duty is the same across the country.

5a – if someone in BC orders tobacco online from outside of the country …..

5a1 – if the carrier is a courier ( Fed Ex / UPS etc ) the recipient will end up paying all duties and taxes, no matter how small the quantity ( IF declared by shipper ), plus a customs clearing fee by the courier

5a2 – if the carrier is postal service, and the package is under 200 grams in weight, often times it will “slide” through. This depends on how busy the post is, plus how diligent the customs agent is to collect tax and duty on a small dollar value good. IF it weighs over 200 grams, more than likely the buyer will get charged all the taxes and duties, but no customs clearing fees.

5a3 – hand clearing when crossing the border ( what I do ) . This depends on the agreements between the province and Canada customs on provincial tax collection. Last few times I was ONLY charged Federal tax and duty, NO BC provincial tax ( which is the stiffest ), as BC and our Feds have no agreement to collect the BC tobacco tax.

6 – there is a provision within the tobacco act for someone buying whole leaf tobacco to make cigars … the duty is minuscule, compared to a finished tobacco product. “

Wow! If that’s not enough to make you mad, he got me wondering about the Federal tax. I looked it up and it 18.475¢ per gram or part gram of tobacco product other than cigarettes and cigars. While I was looking that up I saw that you had to pay a Harmonized Sales Tax as well. 13% for Ontario. I couldn’t believe it, but remembered how Canadian commercials always say things like “plus GST and PST”, that must be the HST. Hey wait, there’s GST too. Is the HST the sum of the GST and the PST? Or is that the QST?

My head is going to explode and I’ve only been looking at this for ten minutes. What the heck is the matter with you people? Why didn’t you join us in booting the King out? Now look where it’s gotten you! Not that we are all that far behind, but when you have to pay $50 for a tin of tobacco you have long crossed the line in what I’d be able to stand.

There are some package forwarding services available. When you sign up for them they give you a U.S. Post Office Box address that your order is shipped to, They then box that up and ship it off to you. What they declare to customs I don’t know. Depending on how often you might use it would determine if it would be worth it for you. Here is a list of some of the popular services.

Looks like you really can’t win. You want to do things legally but they make it so hard. The alternative is stuffing tins into your socks but nobody wants to do that.

Hoped this helped, even a little. Thank you to Mike from Briar Blues for giving us the general information, even though it looks somewhat bleak for our Canadian pipe smoking friends.

Reader: Why can’t I put comments at the end of your articles?

Briar Report: When the first issue came out last year we did have the comments open, but it only took a few hours for Spammers to jam up the site. We quickly took it down. We still get a lot of unsuccessful attacks on the site each day and we don’t want to give them an easy entry. Plus it would only be a matter of time before someone ruined it and posted all kinds of junk that we would have to delete, then they would be mad. Those kinds of things are almost always abused. We are better off without it, I’m sure.

If you want to write a rebuttal to anything, or give us your opinion on something, just send it in. We’ll publish it for you.

I’m only going use those two letters. Not much came in this month. We appreciate all the feedback we get and all the people who use our websites. I always feel like we can’t say it enough.