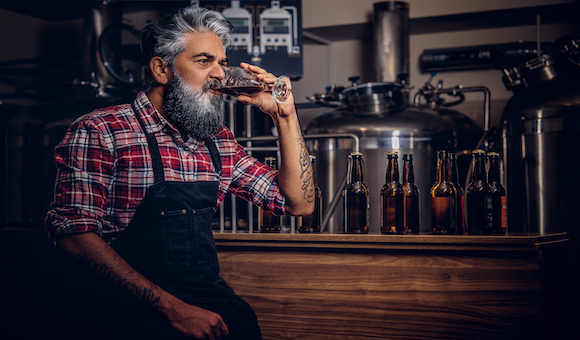 Lots of great live shows in the YTPC last night. Glad I could catch so many in real time, it’s a treat for me. Mr. Glum Chum was fun as always. Saw The Smoove Piper there. That has to be one of my favorite names. One of the ones I like to say aloud whenever I see him. Although, it seems to me there should be the letter f in there somewhere. At least the way I say it. Boris The Piper could be my favorite, but Smoove Piper is a close second.

Mr. CanRod draws a pretty good sized crowd. I think Codger Jim was trying to call me out. Now, now it isn’t that easy Jim. I’m the King of the Lurkers.

Then of course, there was Mr. Martin at Over A Pipe. Going all out as usual. If you were watching you heard his plans for the summer. Going to be splitting up his channel into ones with dedicated content. So there will a Let ‘er Rip Friday channel and, sad to say, Mortison J. Crowe will have his own channel. He’s impossible now, can you imagine how this will go to his head? I can’t even imagine.

Next week is going to be their last show of season 3. Looking forward to what’s ahead.

My order of cigar leaf blends has arrived and I’m already a half a tin in. My plan was to only have one opened at a time. Mad Fiddler Flake, Cloud Hopper and Saint Espresso. I’m starting with the Mad Fiddler.

My intention is not to do any kind of review. That’s not my thing. But I will tell you a thing or two, just for kicks. I had thought there was a chance I had the Mad Fiddler Flake before, but couldn’t remember. As soon as I Popped The Tin©, I knew that I hadn’t. Got a big whiff of what smelled just like Wind Jammer. Just that first tin note. When I actually got the schnoz in there is didn’t smell at all like that. Odd, but every time I open the tin I smell Wind Jammer, but not the tobacco. Sounds strange but that’s what happens.

Now what I’m going to say may get a lot of you mad. It also may be a bunch of hooey, I’ll be the first to admit that, but I think the tastes you can pick out of a blend is limited to about five. Two major and maybe two or three minor, or sub-flavors. Any more than that I think people are either blowing smoke (pun intended) or are full of themselves. I see reviews where people list 15 different things they “pick up”. Come on! It seems that if you’re looking for something you might be able to taste it, but seems like a reach to me. Maybe I’m just dull.

That Mad Fiddler Flake burns great. It seemed a little bit moist, but it didn’t burn like it. I couldn’t believe how cool it smoked. The whole way down the bowl. And it completely burns. I’ve gone through about half the tin already and every single bowl smoked down to nothing. Dry too, no moisture at all. I smoked it in both filtered pipes and non-filtered.

I’ve never been attracted to cigar leaf blends. Taken the stand that when I want a cigar that’s what I’ll smoke. But I have to say I’m liking the Mad Fiddler Flake. It also has Black Cavendish in it. Not another box I usually like to check. This blend works for me. Although it is somewhat like smoking a stogie. I can’t pick out many flavors except that cigar smokiness. A little of the Cavendish and Perique, but just a hint. It’s a balanced blend. It would be a perfect choice for a cigar smoker that wants to pick up a pipe.

Nothing like pondering a new blend while people are talking about being attacked by horse flies. A little distracting to say the least.

Let me get through the entire tin, but for now I think I need a few more tins in the vault.

I’ve always said that Smokingpipes does such a great job in the shipping department. And they do, no question about it. But the last couple of orders I got from The Pipe Nook, I thought Eddie does just as good, or maybe better. I know he’s on a much smaller scale, but that does’t matter. The most important order is the one coming your way, right? Packed well and shipped fast.

Speaking of The Pipe Nook, he’s carrying those Savinelli Ottagono Limited Edition Pipes. I’ve seen a bunch of Tweets as well as in the smokingpipes daily newsletter about those pipes. They look really cool. I’ve been getting a lot of chunkier pipes lately, and that one has some great lines. Also, I like the sandblast. I’ll steal a photo from The Pipe Nook for you, so you can see. Smokingpipes has great photography but Eddie is less likely to sue me.