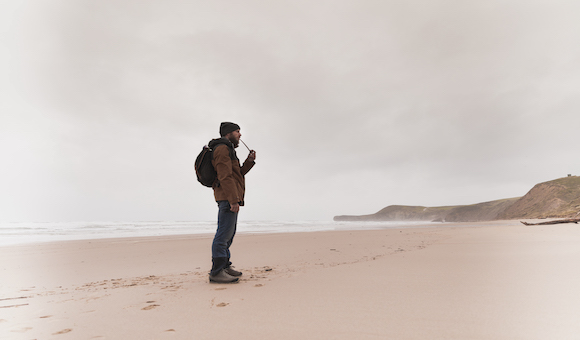 In the days of Pipe Smoking Old, men and yes women too, (though seldom) were quite active. The smoking pipe was less of a symbol of leisure than it is today. The tobacco itself was hardly more than a habit of nicotine consumption. Of course there were outliers, but the average piper was a working class smoker. They walked to and from the factories, the mines, the fields, and offices with a pipe in their mouth. Given a busy Boston city street in 1904, you’d have seen hundreds of pipes clenched in the mouths of all types of folk, as they moved to their destinations with a purpose. The lack of motor transportation yielded a rugged yet fit pipe smoker. Work in the late 1800s and early 1900s was demanding. Pipe Smokers would puff from sunrise to nightfall in an attempt to ground them from the days demanding work. After a day’s work, be it from the workshop or the studio, the Pipe Smoker would walk back to their abode, enjoying that last smoke before dinner and rest.

Well we certainly know that the cheap drug store tobacco and the high frequency of puffing were not the reason for our generally healthier Pipe Smoker back then. Instead, it was the active lifestyle of all citizens, regardless of smoking or not. Commuting was done on foot or bike. Work was often conducted standing. Now I’ll add here, that I am not blind to the significant hazards of the grueling work, living conditions, nor the negative side effects of being on your feet for 18-plus hours a day. But what I will claim is that the basic principles out of the activity are positive and the modern day Pipe Smoker should look to implement them in their daily lives.

The term Lunt is the term we use to describe the action of smoking a pipe while walking. I couldn’t find this word in any of the primary dictionary sources, but Dictionary.com mentioned the following:

a match; the flame used to light a fire.

smoke or steam, especially smoke from a tobacco pipe.

to emit smoke or steam.

to smoke a pipe.

The takeaway here is that the Pipe Smoking Community has taken this archaic word that relates specifically to pipes and tobacco smoking and made it into a verb that specifically means to smoke a pipe while walking. Pipe Smokers in the early 20th century were Lunting every single day. Tens of thousands of scholarly articles support the idea of getting your body moving in support of a healthy lifestyle. An individual who walks a mile will burn more calories than if they were to run the mile.

This sounds crazy, right? Running would surely be far more taxing on my lungs, heart, quads, calves, hips! Well, yes, it would be more taxing. But strain does not equal energy expenditure in terms of calories. The key piece here is the duration of the exercise. If it takes you 10 minutes to jog a mile, well, you’ve been burning calories for 10 minutes. If you took 25 minutes to walk that mile, you’d simply burn significantly more, as you had been exercising for an additional 15 minutes on top of that initial 10.

The point I’d like to drive home is that you need not be a marathon runner nor a bodybuilder to find a balanced healthy lifestyle in conjunction with your smoking pipes. Instead, just getting your body up and moving on a daily basis is a great opportunity to improve your health. Today, the Pipe Smoker has developed this stigma of being lazy, leather couch sitting, food and drink indulgers.

Now let me tell you something. I love doing ALL of those things. So it’s actually a stigma that I add to. But my friends… we must find balance. If we take the relaxing qualities associated with the modern Pipe Smoker and add the active lifestyle qualities of the Pipe Smokers of Old, then we get this ultimate product. A Pipe Smoker built of sterner stuff. A Pipe Smoker who is clear of mind, fit, happy, and energetic. A healthy Pipe Smoker with vigor, determination, and strength.

The path to this lifestyle may take many forms. It could be adding a few runs in, lifting weights, going for a swim, or simply just standing for 10 minutes for every 60 minutes of sitting. But the beaten path that I encourage all Pipe Smokers to take is the path in which you can lunt on.

Lunting is our passport to this “quintessential Pipe Smoker.” To go for a daily walk with a Pipe is to move towards longevity. The lunt will evoke a great deal of relief and clarity. To take in the sights of a nature walk. To hear the environment around you, be it a busy city way, or a wooded park path, you’re sure to experience some dopamine hits. Lunting will also do wonders toward endearing the people around us to the hobby of pipe smoking. The average man or woman who passes by will find it so peculiar, yet so intriguing. Perhaps you’ll spring a conversation, find a new pal, or get another into the hobby.

The products of your lunt are positive and definitive. Grab your pup, a friend, a spouse, or walk alone on the boulevarde of open dreams. You need only your pipe, some tobacco, a good lighter, and your roving shoes.

So get up. Get moving. Keep puffing. Your lunt toward vitality starts now.

Adam “GP” Floyd is the host of Get Piped on YouTube and co-host of the Get Piped Podcast. You can also find him connecting and posting daily within the IGPC.