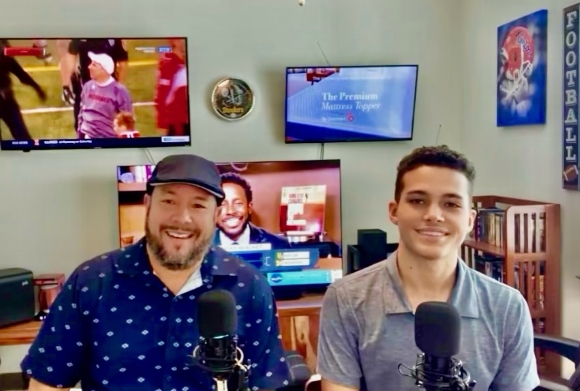 This is officially the first week of the Flat Cap Piper Saturday Sports Show. I forgot the name. Oh, College Football Live Chat. The way he’s got it set up now is at 11am Eastern a new video with an appetizer by Lady Fire will be uploaded using premier then they will go live with the football chat as soon as it ends. I don’t know what this week‘s appetizer is, but I hope it involves bacon.

Did you hear the Pipes Magazine Podcast featuring Flat Cap Piper & Lady Fire? It was fantastic! Mr. Levine does a great job and I really enjoyed this episode. Speaking of him, don’t forget to register for the Las Vegas International Pipe Show if you’re going. The earlier you take care of it the better.

Many people have been waiting for the Phoenix Pipe shape 05 to come back into stock at The Pipe Nook. All the other shapes were available except that one. So popular. I have one in that shape myself and love it. There is something about that rustication that feels so cool in your hand. That pipe has made it into my regular rotation and I smoke it often.

I’ve never been a collector of bent pipes, but I like having a few around. I also have a Phoenix in the billiard shape (shape 106) and that one is a boss too. Get ready for Autumn which is the best pipe smoking season there is. If you pick one up, don’t forget to toss extra filters and pipe cleaners into the cart. That should go without saying.

Want to see a spectacular pipe? Check out the pipe J. Mouton made for Dr. C- -. The video might not be up for long so click on that link now. If it’s gone you missed out. I’ve never seen a pipe with a feather attached to it, what a great idea. Reminds me of a fedora. It’s hard to explain, so hopefully you can get a look at it. Although, you can see a photo of it on Mr. Mouton’s Instagram page. But be forewarned, you’ll end up spending some time there checking out all the other great pipes.