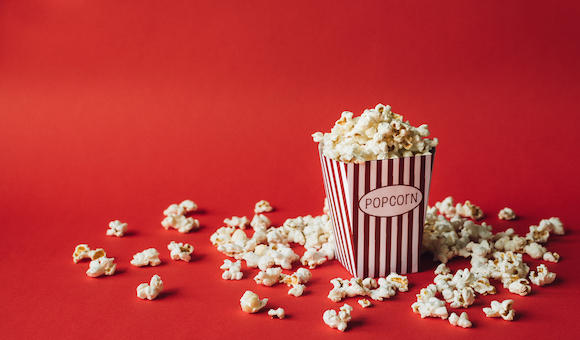 Today is the last day of Pipe Week. Hope you all had an enjoyable week. I sure did. Pipe Week is only as good as everyone makes it. Personally, I think the big winners this year were Ed The Armchair Piper who made an amazing series of videos just for Pipe Week. It was the highlight of my day to watch him. Pipe Week started off with Paladin Piper and his special Codger Hour that if you haven’t seen yet embodies the spirit perfectly. If I had only these type of videos to watch all year, I’d be in heaven. Finally, Matthew putting together and running the Pipe Week Bingo game was so much fun. Coming up with something new is always exciting. I hope he expands on that next year.

This is all said even before the Awards Show that comes on tonight at 7 pm Eastern / 4 pm Pacific. That should top off everything perfectly. I hope to see you all there and have a great time. Peter Piper NYC is the host this year.

All this week I’ve been experimenting with sending out The Blob at different times. I wanted to see if it affected the number of views they get. It also allowed me to put links in that were a little more timely. Like that one above to the Briar Blues video. Normally I do them so early in the morning I miss out on things that come out in the morning. Then, when I link them, they are already two days old. Now I don’t think it makes a difference. Starting next week I’m going to go back to my old schedule. I suppose if you want something mentioned, you will have to let me know the evening before.

I do much better on a set schedule, but I’m always pressed for time regardless when I do things. Nobody complained, but readership is down about 20%. Not good considering it’s PIpe Week.

Some people did mention the timing of Pipe Week itself. I know it’s in the middle of when people are taking off of work and things like that. At first I thought that would be a plus, but it might not be. For instance when I’m not working I find it easer to engage with the community. Others feel the opposite. If you don’t work or are retired, it shouldn’t matter, but it seems it does.

Also, It’s hot out. Often I joke about the weather but in reality I don’t let something that’s totally out of my control effect my mood or what I do. What’s the point? It might be hot out, but in the winter it is cold. There will always be an excuse so I don’t let that play a big part in decisions I make, like the timing of Pipe Week. But that’s not to say people don’t bring up good points.

A couple days ago I wrote about a couple of reasons why the week was chosen. It was a response to the Mafia Guys. While kind of tongue in cheek, there was some truth in all of that. It is right after Father’s Day which is nice, but it’s also far away from other big holidays like Christmas. It is also a time of year when people aren’t thinking about pipes as much. Don’t forget the theme of Pipe Week is “It’s All About the Pipe”.

Before we schedule next year’s Pipe Week, if you have any input, I’d be delighted to hear from you. Of course we could have it any week, but what week will have the most impact? I’m hesitant to change it because most times I listen to people tell me what I should do, and I change they end up doing nothing anyway. The people that participated will have the most gravitas as far as I’m concerned. We have six months to decide since I like to have it set in stone by the end of the year. Shoot me a note and I’m always happy to discuss this, or anything else with you.

I Need A Vacation

I’ve been toying with taking a week off following PIpe Week. Maybe in July. It won’t mean any less work for me, but if you’d like to “guest blob” I’d be more than happy to open this up to anyone that wants to contribute. Anyone that wants to have an open forum to say whatever they want, I can give you the floor. Maybe take a week where it’s nothing but people chiming in with their own day. If it’s something you’d be interested in, let me know.

I’ll leave it here and hope to see you all tonight. Monday I’ll give you my thoughts on the week and the Awards. Don’t forget that I’ll be dropping the official article listing the winners right after the show airs tonight. So look out for that.