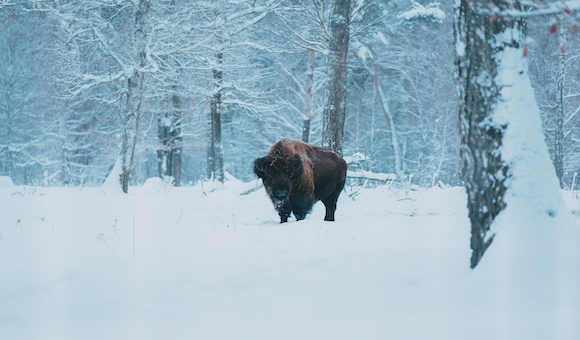 It appears that they have found a killer asteroid with the potential to have earth in its path. Right now I’m more worried about slipping on the ice than being vaporized into oblivion. At least if I’m taken out by an asteroid, my back won’t be sore for days.

Not much info. on the asteroid. It’s big enough to trigger mass extinction, but the odds of it hitting us are pretty low. Better to be safe than sorry and start keeping some of my nicer pipes in the safe. Also, I better re-enforce the pipe tobacco vault. I would hate to be the last person on earth and have my pipes and/or tobacco exploded to kingdom come.

I choose to keep a positive attitude, even in the event of total world catastrophe and human extinction. Better throw a bunch of matches in the safe as well.

As many of you know, the Briar Report Pipe & Chowder Lodge is located in Western New York. We recently got a bit of snow, but it wasn’t really that bad. Ignore the hype, you know how the news likes to sensationalize things. Three or four feet of snow, around here we call that a dusting.

Our good friend, and Puzzle Master, Matthew from Shoveling and Piping is sure to give you an accurate update. I imagine he is currently taking advantage of the snow to take his kids Belly Whopping, one of the more conventional, and fun past times around here.

I would also be on the lookout for The Blue Line Pipe, but I haven’t seen a video from him since last spring.

For those of you who might not have the experience of snow, there are two kinds. Fluffy snow and heart attack snow. I don’t have to tell you which kind we dread.

What Pipe Tobacco is in Your Future?

Popping the Tin rounded out the Ghosts of Christmas series from Cornell & Diehl. The last blend was Future and they aired the episode on Saturday morning right after Lady Fire’s Kitchen made her world famous Shephard’s Pie. I don’t want to spoil the video for you, but the blend got a very good review from them.

I need to get those blends up on the front page of the magazine website so you can add your own review and score, if you’ve tried any of these blends. Look for that this coming week.

editor’s note: Mr. Flat Cap Piper’s channel is on the cusp of 2,000 subscribers. If you are not already subscribed, please do so after you watch the latest Popping The Tin episode.

There is a huge Black Friday Announcement coming out, but it hasn’t been officially released yet so I can’t mention it here. Look for news later today. When that goes public, I’ll be sure to include it in the newsletter that comes out later this afternoon.  Open your copy when it comes out. If you’re not subscribed, hit this link and you’ll get it this afternoon. Hot off the press!

It has been a couple months in the making, but our article highlighting new channels in the YTPC is being published today.  Here is a quick link to it. The article took so long because October was a bad month to start anything new, and the last couple weeks have been spent catching up. Now that we are on track, I’m so happy to get this article out. Hopefully it’s the first in a series.

You will get a good idea of what we are looking to do. Not just a big list, but some targeted channels that we can highlight.  Hopefully now that you can kind of see what direction we are going, if you think of any content you think we need to add for the next one (in a couple months), don’t hesitate to let me know. We will be more than happy. If you really want to go the extra mile, state a good reason why people should be checking out that content, and I’ll put that in the article as well. You won’t have to worry about me messing it up. Share your thoughts with pipe smokers like you.

Now that I think about it, maybe an asteroid smashing into the earth wouldn’t be the worst thing that could happen.