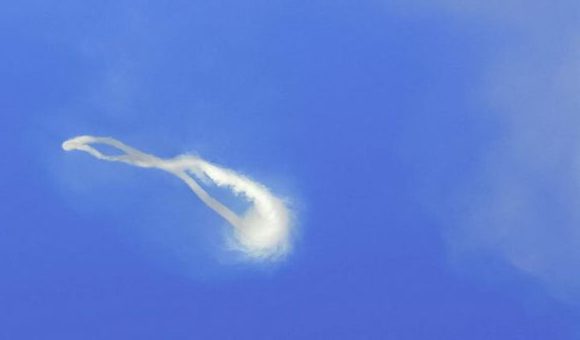 Good Monday (morning) pipe smokers. Hope you all had a good weekend. Thank you to those who shared news from the Ohio Pipe Show. There is one thing I’d really like to know about that show, if anyone knows. What is the official name of it? The Columbus Pipe Show? Ohio Pipe Show? North American Pipe Society of Pipe Collectors Swap & Sell? I have a feeling nobody really knows.

Seems like the interest is fading in some of these shows. The excitement is high for the West Coast Show, oh excuse me I said I was trying to break that habit. The Las Vegas International Pipe Show. Couldn’t be happier for that, but can’t help feel bad for the smaller ones. Since most people can’t get to the show in Vegas you would think there should be more interest in regional shows. Maybe that’s not the case and if so, that’s such a shame.

I know I’m one to talk since if the show were 20 miles from me, I’d have to think long and hard if I wanted to go. Any little thing would make me say no. But there’s something wrong with me, I’m pretty far out on the anti-social scale.

One thing I was thinking about was, are companies pulling back from the regional shows so they can save their powder for the big show in Vegas. Everyone knows it’s going to be huge so I imagine companies want to roll into that with their magazines full. Might be some truth to that, especially for the very small companies. But what about the big ones? You would think they would love opportunities to sell more stuff. Do companies create interest or do people create the demand and companies fill it? Hmmmm. . .

Personally, I think one of the biggest problems is people want to be entertained. They want everything brought to them. Do you know the average person spends 5 hours a day on their phone? I heard John Tesh say that on the radio when I was driving this morning. He’s such a dope, but probably right about that. He spends all his time talking about studies and reports from experts. Never once stating common sense.

Geez, I hope Tesh doesn’t google his name and find out I’m making fun of him. I’m sure there are plenty of Yuppies and New Age layabouts who love his show. A study from the University of Arizona shows that different people like different things.

What I think is that people want to sit back and watch the screen. If they like pipes they just click on pipe stuff and watch. Thankfully pipe smokers tend to be an older crowd so they aren’t totally lost. They will actually do things if the mood strikes them. We need to think of new ways to create interest and excitement so that companies and other people keep the ball rolling. We also have to fight government or there will be nothing to fight for.

The feeling I get is that we have to adapt to the new way of doing things while still preserving the things we like about our hobby. Not just saying supporting websites like mine, but ways of getting people together so they can enjoy themselves. It could be a lot of fun if done right. And if done wrong, companies will stop investing, you will have 6 blends to choose from and you’ll be hiding in your shed smoking so your neighbor doesn’t see you.

In the newsletter today I put a link to Mr. kaptain kirk32’s YouTube channel. He has really been putting out some great content. I’ve always said that the YTPC ebbs and flows. People get real hot for a little while then burn out and others take their place. There are a handful of people who are the slow and steady type, but for the most part people’s interests change.

Kaptain Kirk is one of those rising stars. He’s going to surpass 500 subscribers pretty soon and it’s well deserved.

Another guy I’ve linked to a lot lately has been JcPipesNknives. I’ve really enjoyed his channel and have linked to him often and talked about him in this Blob. He has slightly more subscribers and really should have a lot more. His videos are really interesting, he’s a great guy and he keeps his videos right in the sweet spot time-wise. I really appreciate that.

Speaking of Slow and Steady

Mr. Armchair Piper‘s Smoke Rings Around The World is coming up. Watch for it in upcoming newsletters (but not today’s). On Thursday Sept 15th everyone will do smoke rings that day (one week before Hobbit Day) for “Smoke Rings around the World”

Can’t blow smoke rings? Well you have plenty of time to learn. You can learn how right on The Armchair Pipe’s channel. He produces spectacular smoke rings, and that other guy that hangs out at his house, Dr. something-or-other, isn’t too bad himself. Who is he anyway? Possibly a friend just back from an African Safari and spending time in the States. He might be sort of a Dr. Watson to the Armchair Holmes. Although if the later is true, he might be more of a Captain Hastings.

Regardless, you should be able to blow a decent smoke ring. Practicing is most of the fun.