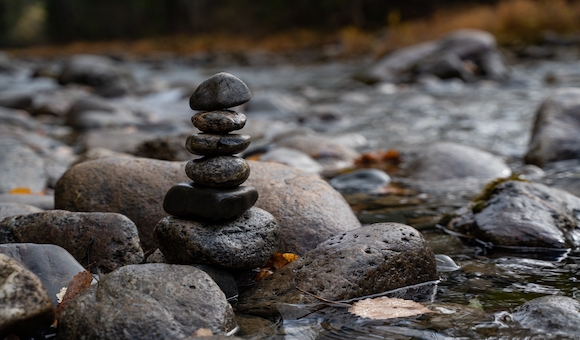 Thought of the Day

Chad has started a new series on his Yardism YouTube channel titled Thought of the Day. A short philosophical video that appears to have a different subject each day. There’s only been two videos, so I can’t be sure.

Looks like he going to tackle the general and fundamental questions of life, such as those about existence, reason, knowledge, the mind, values, and language. Will he be able to come to an understanding of these deep questions? Only time and about ten pounds of Haunted Bookshop will tell.

A video a day is a very lofty goal. Projects like that tend to overwhelm people and need to be mapped out, and one needs the resolve to keep going. I hope he sticks with it. I don’t think I could. The problem won’t be making a video every day, the problem is the subject can get too deep. Something that you think will take a few minutes will turn out to consume a lot of your time in thought.

Not An Easy Road

It’s a tough thing to speak about deep subjects. Why? Because speaking, like in the form of videos is mostly an emotional response. No matter how stoic one tries to be, it doesn’t lend itself to deep subjects. It’s why the written word, i.e. books, are the medium most choose. You can think over each line and rewrite until you get it just the way you want.

If you tried to do that in a video, would you edit or re-shoot the scene a hundred times?
When you see people giving talks on deep subjects, it’s usually a summary of something they have written and gone over many times. To do so off the cuff so to speak, is tough.

I admire Chad for taking this project on. It may sound easy, just giving your thought on a subject, but it really isn’t. The subject matter would scare most, including me, away. I’d be afraid I’d say something today and regret it in June. Couldn’t go back by then. It will take a lot of discipline to see the series through. I look forward to following along.

Artisan Pipes From Around The World

Tobacco Pipes Japan announced that they are going to extend the 2022 pricing until Jan 23rd. With the disparity between the Yen and the US Dollar going up, now really is the perfect time to get an artisan pipe from Tobacco Pipes Japan. You will never save as much.

Head over to their site and see what’s new and check out these artisan pipes which are truly the best in the world.

You are never going to get them at a better price. I’m not saying that because they are the sponsor of today’s Blob, I say it because it’s true.

This morning Lester from Redcoat’s Return has re-released his time travel to 1934 video. It is content like that which makes Redcoat’s Return such a loved channel that pipe smokers can’t resist. His videos are so thoughtful and well researched, you can’t help but to appreciate his videos. He brings Crooner back with him!

How can you not love videos like that? He’s outside the box, creating things nobody else is. Not many people could pull off a video like that, but in his case all he does is make you want more. So wonderful.

News of the Day

Are you going to our News website and seeing the latest pipe smoking news and information? Some of you are, but I suspect most of you are not. There has been a lot of news lately and I wouldn’t want you to miss anything. Plus, it pays the bills around here. Check it out and make sure to tell your friends and family. How do they get their pipe smoking news and information?

Mr. Canerod Piper updated his blog today with an article on making your own set of French Wheels. Something that might be of interest to the pipe makers out there. His descriptions and images are very detailed and everything you would need to know to make a French Wheel for yourself.

Very well written and it looks like it took him quite some time to put together. A real service to someone interested in adding this tool to their shop.

Not Just About the Pipe

When I look over the three people featured in today’s Blob I can’t help thinking what a wonderful and talented group of people are in the pipe smoking community. What a wide array of interests.

Look at all you can learn from just three pieces of content. Philosophy, History and Craftsmanship. Chad, Lester and Mike

.
The pipe is the common thing that brought them all together, but look at the wealth of knowledge. One might think a pipe community is probably as boring as you can get, but just the exact opposite is true. How lucky we are.