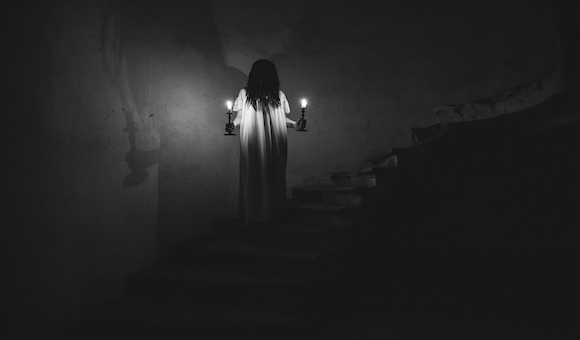 Even if you can’t watch live, Over A Pipe’s live shows happen to be a pretty good way to spend time while smoking a pipe. Chatting about all kinds of stuff like St. Michael the Archangel, Hot Dog Day, and what teenybopper is having a birthday. Already getting off topic, he wondered if anyone put pumpkin in chili. Well, if he ever watched the Lady Fire Cooking shows he would know she made that very recipe last year. A recipe I duplicated, by the way, and it turned out pretty good.

The other day I stayed up very late, for me, just to be able to watch Over A Pipe Live. My whole day was planned around the marathon. And, of course he was sick that day. I should have known better. But anyway, it turned out that I experienced something that got me thinking about pipe smoking.

Darkness Falls Across the Land

A podcaster I listen to wrote a horror story. Not in his usual wheelhouse, but it was pretty good. Reminded me of Old Time Radio. I was tired from not getting any sleep the night before but still had a few things to do. When I was done I was smoking my pipe and listening to a clip from this podcast to relax for a few minutes before bed.

All those things added up ended up scaring the [deleted] out of me. It was intense to say the least. I stopped watching Horror movies years ago and stopped reading Horror books soon after. The movies have turned into complete messes. Gore for the sake of shocking you. The more depraved the better as far as they are concerned. Just disgusting. It doesn’t even matter if there’s a good story behind it, as long as they can “push the envelope”. Hollywood has become a bunch of predictable, no-talent losers.

As far as the books go, it’s hard to find any good authors anymore. The publishing business circles the wagons around a few dozen people who they know will sell books and shun the rest. Then you end up with a hack like Stephen King who is a mediocre author at best. The guy can get his shopping list published and he doesn’t even try anymore. He was overrated before the car ran over his head, now he’s just pathetic.

You would think that because we now have self published authors who can put their stuff out on Kindle, it would go around the big publishing houses. That’s true, but there’s too many of them. I have about 10,000 books on my Kindle and 9,900 of them are garbage. Sure I got them for free, or almost, but it’s like some schmuck like me thinking they are an author and writing a book. Every middle aged woman and weirdo is an author now and they have flooded the market. It’s impossible to pick out the good stuff buried in all that crap.

So I’ve written off Horror, no pun intended.

Now when you’re super tired, and you are smoking a pipe, and it’s late at night, the last thing you should do is accidently listen to a horror story. Wow! I realized listening to a good story and smoking a pipe go together like peanut butter and jelly.

The Foulest Stench Is In the Air

It got me thinking about something that might be fun for October. People are usually looking for ideas for content and I thought wouldn’t it be fun for people to share their favorite Ghost Stories. Ones they heard or ones they wrote themselves. Then one night when I didn’t have to get up early the next day, I could pack my pipe and listen to the stories. It will be so great.

There is a possibility that if the stories are really good, they will find my body the next morning. Stone cold dead from fright. Oh well, if that’s the case I better pick out my pipe and tobacco carefully just in case it’s my last.

Let me know what you think of the idea. We could collect all the stories and make a web page so others can spend a similar evening. We could collect stories from the YTPC and even around the web. I don’t want stories that are two hours long, but would fit right in around a campfire, if you know what I mean.

We have a month to come up with something good. Your thoughts on the subject would be appreciated.