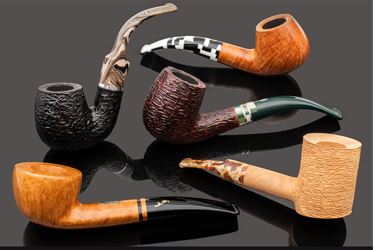 There was just enough moonlight that I could see the vapor rising off the surface of the water. It had been many years since I’d been down to the Bayou. The sounds and smells were coming back to me which was putting my nerves on end. Those bullfrogs. The constant grunts that made you want to ask them to keep it down, just for a minute so you could think. They were everywhere, and they were huge. Some the size of John the Baptist’s head.

Wait a second. This is The Blob. I thought I was working on my novel for a minute. Sorry.

Websites and browsers, and all that, are really starting to crank me off. I can’t write without a box popping up with all the options if I want to make it bold or italics. It pops up right over the letters and gets in the way. I want to make the browser window smaller so I can do something on the desktop, and it gets huge, then small, then huge. It won’t stay put.

There are websites I could link pipe stories to but won’t because when you go on them it’s like a video game. You have to constantly close out the pop ups so you can read anything. One or two is bad enough, but when there are more it drives me nuts. How do people put up with that? Have they tuned it out and don’t even notice?

I don’t want to say they should be gone because I’m sure people see it as a way to pay their bills. But can’t they design something that won’t make you leave the website? Make you want to stay?

It’s the biggest reason you won’t see any popups or annoying ads on The Briar Report. Well, unless someone offers me an insane amount of money. In that case, get your clicker finger ready, because they will come at you hot and heavy. . . just kidding.

Have you seen the trend in pipe stems? I was watching

OK I’m back. I just can’t control myself.

Anyway, I was watching TheOmega4ever and he got 4 new pipes. I loved every single one of them. He picked out some very nice briars, that’s for sure. But the stems threw me a little. I’ve been seeing some strange looking stems in the last few years, but I felt they were the exception. Now they are everywhere.

One of the Savinellis, a billiard, had a stem that looked like it was made out of Fordite. It’s interesting, I have to admit that, but not something I personally like on a pipe. I’ve always liked the plain black stems. It goes with anything, right? But that’s not the default anymore.

The last few pipes I’ve gotten, while not all wild, don’t have solid black stems. There are some slight swirls, that are fascinating. I never thought I’d say it, but I love it. I may just be dipping my toe into the water compared to what some guys get, but I’m starting to lean a little that way.

Then this morning I see Smokingpipes’ daily mailer. (too much guys – couple times a week is good). In it they pictured exactly the pipes I was thinking about.

There are many more photos in the mailer, but this is just a sample to give you an idea. I’ll give them a link, only because I “borrowed” their photo. Even the St. Paddy’s Day pipes have a green color that glows.

Can’t decide if it detracts from the pipe, or enhances it. Is it about the briar, or the whole package? Back when I had time to sit and smoke, I’d stare at the pipe. All the patterns in the grain, the little charring marks that would develop. Now I’m always doing something else at the same time. Kind of ruins it.

So what do you think about the trend with these stems? I think I’m at the point where I could go either way. As long as it wasn’t too outrageous. Let me know, or make a video. It’s an interesting topic.

I was going to put a big popup on this page just to be funny, but didn’t have the heart. You’re welcome.