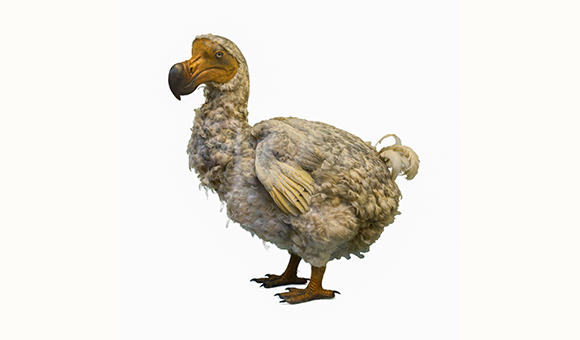 This past week I’ve gotten a tsunami of emails about tobacco content on YouTube. I’m pretty sure that this video that was put out by Cigars Daily got many people upset. I know Tim can be a bit loud, but he’s a cigar guy, so keep that in mind. The points he makes in the video are all one’s we’ve heard before and nothing surprises me at this point.

Cigars Daily has quite a large audience, so when he says it, there are a lot of people listening. Unlike when I, and many others talked about it years ago. Everyone who reads this Blob almost certainly knows about brtv. The experiment we ran to see if we were able to host videos ourselves from our own server, not YouTubes. you also know that while it worked, the technology was behind the times (much too slow) and the audience was lackluster. It was intended to see if it could sustain itself, which it couldn’t. At least not financially.

Only a couple of the creators took it seriously, but that’s understandable since they were trying to grow their own YouTube channels and didn’t want to divide their time on a side project. Like me obligated to two full time jobs and running Briar Report on the side. What idiot would do that? The audience all had great ideas for me to implement, at my expense of course. It’s easy to tell people what they should be doing when it’s their money you’re spending.

What they didn’t realize is, nothing is going to be perfect, or please everyone. Supporting what was there was the best way to ensure it would grow. But that’s not how people think nowadays. It’s how can you please me, right this very second, and if not, I have ten million other places to choose from. Everybody and their momma is a content creator/influencer now, don’t you know.

You Do What You Can

I get it, one can’t support everyone. I know people spend time making videos. Probably dreaming that 100,000 people are going to hit the thumbs up button and bask in their wisdom and glory. In reality a 12 year old girl talking about the worst drivel will get a million views before that guy even gets out of bed. It’s the strange world we live in.

The dingbat little girl sees herself as the modern Eleanor Roosevelt, “reviewing” her new sunglasses. But old guys have some of that in them as well. I’m sure they secretly love it when a little tobacco is sent their way to get their opinion on, or something like that. It’s just there isn’t a lot of guys who want to talk about tobacco who are watching these videos. And advertisers don’t much care for you. Sure you have a lot more disposable income, but your spending habits are pretty much fixed.

The brats don’t have the money, but parents now defer to the kids to decide how to spend their money. It’s very bizarre. All a kid has to do is tell their father “you don’t know what’s it’s like, things have changed” and the old man will whip open the wallet to make sure everyone knows he’s a modern kind of guy. No stick in the mud is he.

Notice how the examples I’ve given are things I’ve talked about before? For a reason. Don’t want people to look to me for content. Just like I don’t “review” things. I tell people not to send me stuff, just for that reason, one of them at least. Certainly don’t want it going to my head. Don’t care what kids say, and I’m proud to be that stick in the mud. Still refuse to write with smiley faces, become bombastic to gain readers or any of that other crap.

I’ve don’t what I can to at least go in the right direction. You know people are going to kill tobacco content, right? It’s going to happen. So many companies, which are just made up of people, have enjoyed a time where they have the power over what you can do or say. They have gotten a taste for it, and now will do whatever is necessary to keep it going.

Those kind of people may have overplayed their hands. They got most people to hide under their beds in order to save everyone’s life. They got people to keep their traps shut online or risk the ax. Nobody wants to get kicked off of something so important as Facebook. Why, your life would be ruined. (dripping with sarcasm, if you haven’t caught on)

It’s not popular to take a pass, and you end up ruining a bunch of relationships, but for the most part I tell people they can take this “modern culture” and the stupid mandates and whatnot, and shove it right where the sun don’t shine.

So how does that help people who just want to make tobacco content now? It does’t. I’m not even saying I have the answer. I’ve tried to build something, and it semi-worked out, which is a nice way of saying it sort of failed. Not a complete failure, but I’m here typing this when I need to be doing other things. Doing it because without that little bump in readership, I’d be in trouble. The pipe news game ain’t what it used to be. Not many people care enough. In a world when ads are sold by the tens of thousands and a reader is bombarded with so many he doesn’t even see them anymore.

For the people who like that content, I feel a little bad. You just want to have a place you like to go to or watch and have a little fun. Too bad for you. There will always be people who will want to make content, more so than even the market can support. Every week or two is someone complaining that nobody watches their channel and they are done with it. They get upset because people aren’t flocking to them like they dreamed they would. It’s the creators responsibility to draw the audience in and keep them, not the viewers.

I’m sure I’ve made more mistakes in this department than most. I’ve tried to build a platform that aggregates the news and promotes other people’s content. Whether they are selling a pipe, making a video or recording a podcast. I want them to be successful because I enjoy their stuff as much as the next guy.

The reason I mention all the junk about the stupid mandates (even though people will get mad at me now) and things like that is because it won’t take the heat off of tobacco, it will make it worse. Over the past two years the bullies have pushed people around using their typical fear tactics. They went too far, and now people are pushing back. The people pushed don’t want just less mandates, they want none.

So who are the bullies going to push around. The easy targets. The evil smokers and groups like that. For the most part human nature compels people to stand up for themselves but if you’re picking on the other guy, that’s fine. As long as it’s not me. It’s why I always stick up for people even if I have no interest in the cause. Up to a point that is. I don’t like cigarettes, but defend cigarette smokers.

People don’t want “free speech” rules on themselves, but if you want to impose them on a guy talking about tobacco, “sure, I got not problem with that”. It’s just the way people are. Rarely seeing the big picture, although they think they are fighting for it. All they care about is their own pleasures and whims that very moment. That’s all they care about, oblivious to everything else.

Will tobacco content creators move on to other things. I’m sure of it. Other platforms, other subjects and so forth. In five years what you see now will all be changed. It will be something you won’t even recognize. Most people will lament, some will be loving it. I’m pretty sure I won’t much care for it, but I’ll still be smoking my pipe hoping I’m not wasting my time.