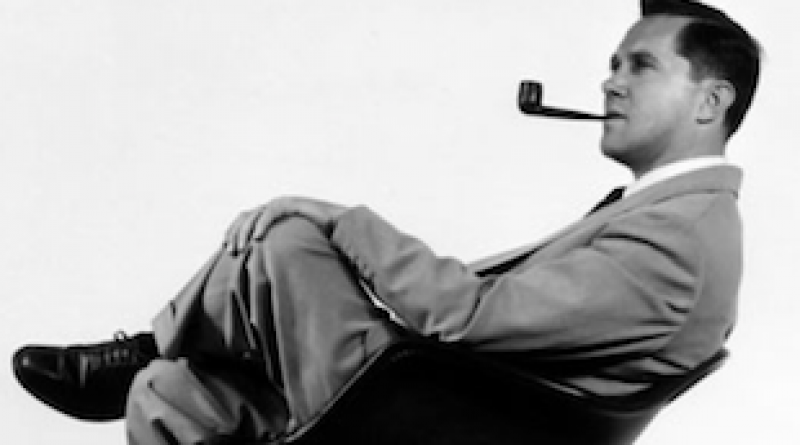 Pipe smoking is going to save the world one day, there’s no doubt in my mind. the reason I make such a bold statement is because pipe smoking may be one of the last thing that people do that has been unaffected by technology.

I’m sure you could come up with a list of other things which have remained the same for hundreds of years, but I’m focusing on the intellectual, contemplative aspect of pipe smoking. If someone has to do some calculations, you never see anyone grab a pencil stub and do their figuring on the back of an envelope anymore. Going fishing at the creek has become high tech. It’s been years since I’ve seen a pack of kids riding their bikes down the road going somewhere during the summer.

There’s no doubt that every generation has made the same observation. complaining about the same things just on a different scale. But keep in mind, I am not afraid of technology and improving things which make people more productive, that’s great. Growing the economy is the name of the game and it’s a good thing. It’s healthy for an economy and it’s good for everyone. What you are about to read may sound like I’m anti-growth or a grumpy old man that doesn’t want things to change. That is not the case, I assure you.

The World Is Not Inside That Phone

The argument that I’m about to make is that some of this new technology and the direction it is taking is dehumanizing. It has affected how we interact with people. It has changed the way we see ourselves.

In a recent Critic’s Corner column, Bill goes into a semi-rant against cell phones. While in general I think Bill was correct, I do think as usual, that he missed the bigger point. People are rude with their phones. They are unaware of the damage they are doing to themselves. He was talking about people who jeopardize their jobs because they can’t put the phone down. There is no doubt that is happening. I know a guy who has a one year old daughter that was just fired because he couldn’t put the phone down while he was working. A one year old! Now the father is unemployed and it’s all his own fault.

Hello, Is Anyone In There?

My point, and it’s so much deeper than that, is people are not only loosing the ability to deal with each other in a rational way, but they are loosing a sense of reality altogether.

People used to talk to each other face to face, then cell phones made it where you could talk to anyone at anytime. Then the calls cut back as people started texting to each other. Now conversations have to be formatted in 240 characters snippets. They began putting smiley faces in place of words. Reading someone’s thoughts is like solving a puzzle. Not just teenagers, but adults.

Now the most popular platform doesn’t even use words at all, just pictures. Swipe them by. Poke at one or another and hit the thumbs up button or the heart. Maybe stick a comment on there if you can spare five seconds.

The most compelling thing in the world will only be given a minute’s thought, then off to the next one. I’m guilty of it myself. What’s the first thing I look at after reading the title of a video? How long is it. I don’t have time.

People’s brains are being programmed to filter a lot of this stuff out. So it takes more intrusive means to cut through the background. There are some web sites that I can’t even go on. The constant bombardment of pop-ups, muting videos, things getting in your way so you can’t read is too much for me. I don’t care how important your point is, I’m not going to read it.

So we have this fast paced world full of distracted people. Actually that’s not all that that bad. Strange to a person like me, sure, but not bad.

Where it looses me is people are becoming incapable of seeing reality. Stuff that’s actually happening right now. That includes how they see themselves.

People no longer are looking at the world. They are looking at the world through the screen they are holding in their hand. It’s not the same thing. It’s a filter, it changes things. They are not presenting themselves to the world. They are breaking themselves down into little clips of video, staged photos and 240 character tweets and holding that out to the world to see. It’s going through the screen in the opposite direction.

I’m sure someone might say to me, but look at how many people are exposed to your ideas, watch your videos, or see your pictures. Twenty years ago only a handful of people would have noticed. That’s true but I would argue that less people see you now. Few, if any, of those people know who you really are. People get a false sense of importance when they get a lot of clicks or a lot of followers. Nowadays helping a real person solve a real problem is not as important as getting something to go viral.

So what if something gets a lot of clicks. Did it improve anyone’s life or did it just get a million people to nod their heads? People have lost the sense G-d gave them to tell the difference between what’s important and what’s not. There is also a big chance that even things you believe are important, or should be important, like facts and news has been so spun in one direction or another that it too is suspect.

Meaningless things are zipping around the world like wildfire and it means nothing. Lies are spread so fast the truth gets crushed in the frenzy. It actually does harm in some cases. A virus.

People’s reaction is to figure out ways to stand out from that mess, but all that is doing is making it worse. the real solution is to get rid of it. You may have gotten the wrong idea if I had used the word unplug. I don’t think people need to get rid of the technology, just get a better understanding of it’s proper role. The only way to do that is to step back and be able to see what’s really going on.

Pipe-smokers are one of the only groups of people left that use their hobby to do exactly what needs to be done. Step away from the madness for a little while and spend time just thinking about things.

The pipe allows for enough time to think most things through. when you get home from work, think about the benefits to your psyche when you put the phone down and pick up the pipe. You have established who’s in charge and that you are capable of some self control. It sounds silly but a lot of people can’t do it. There are far too many people who wouldn’t , or can’t, put the phone down. They don’t realize they are sick. They are the very people who desperately need something like smoking a pipe.

Take one hour each day, preferably in the evening. Get all of your pipe smoking supplies all situated, maybe by your favorite chair or near the back door so you can go outside. Go through the motions of packing, lighting, tamping. The whole thing. View the world how it really is, not through a screen. Think about the people around you then the world in general. Don’t give any thought to what other people think, work things out for yourself.

If you are thinking about your email or your Facebook, I’m sorry to tell you that you have a problem. Lucky for you that you are holding the solution to your problem right in your hand – your pipe.

By the end of the week, that hour you spend smoking your pipe will be the best hour you have all day. The grip that rectangle of glass has on you will loosen. Other people will seem more and more like zombies to you.

Since it is most likely pipe-smokers are who is reading this right now there’s a good chance you know what I’m talking about. If you are not and you are of legal smoking age, I can’t encourage you enough to try the experiment. You can’t spend the time watching TV or videos. No phone or internet. You and your pipe, that’s it.

Briar Report Will Be There When You Get Back

There will still be plenty of time in a day to go on Briar Report and check out the latest pipe smoking news and information, or the other things you might use the internet for. But keep in mind that the time you spent away from it, smoking your pipe, that’s your life, that’s the person who makes all the decisions, the one who is in charge.

Now that you have your head screwed on straight what about the other seven billion people? A good percentage of them are lost. They would rather loose an arm than give up their phone. It is such a sickness, but what can you do?

You may know people who are not so far gone. Introduce them to our hobby. Give them a corn cob pipe and some tobacco. It may seem so low tech. to pack the pipe and smoke it, but that’s the genius of it. The more low tech. the better.

I couldn’t be more serious when I tell you that I believe that when pipe-smoking goes away so does humanity as we know it. The more people who take my advice and spend some time each day with their pipe, retaining a grip on reality, the the more hope I have for the future.